With the release of the Google Pixel, we saw what appeared to be a feature promise that Google wasn’t entirely prepared to keep. As we outlined back in October of 2017, the Google Pixel featured “Unlimited original quality storage for all photos and videos uploaded from the Pixel phone.” That included media captured by the camera, captured in a screenshot, or downloaded from another app. It was like the wild west of free uploads to Google Photos. 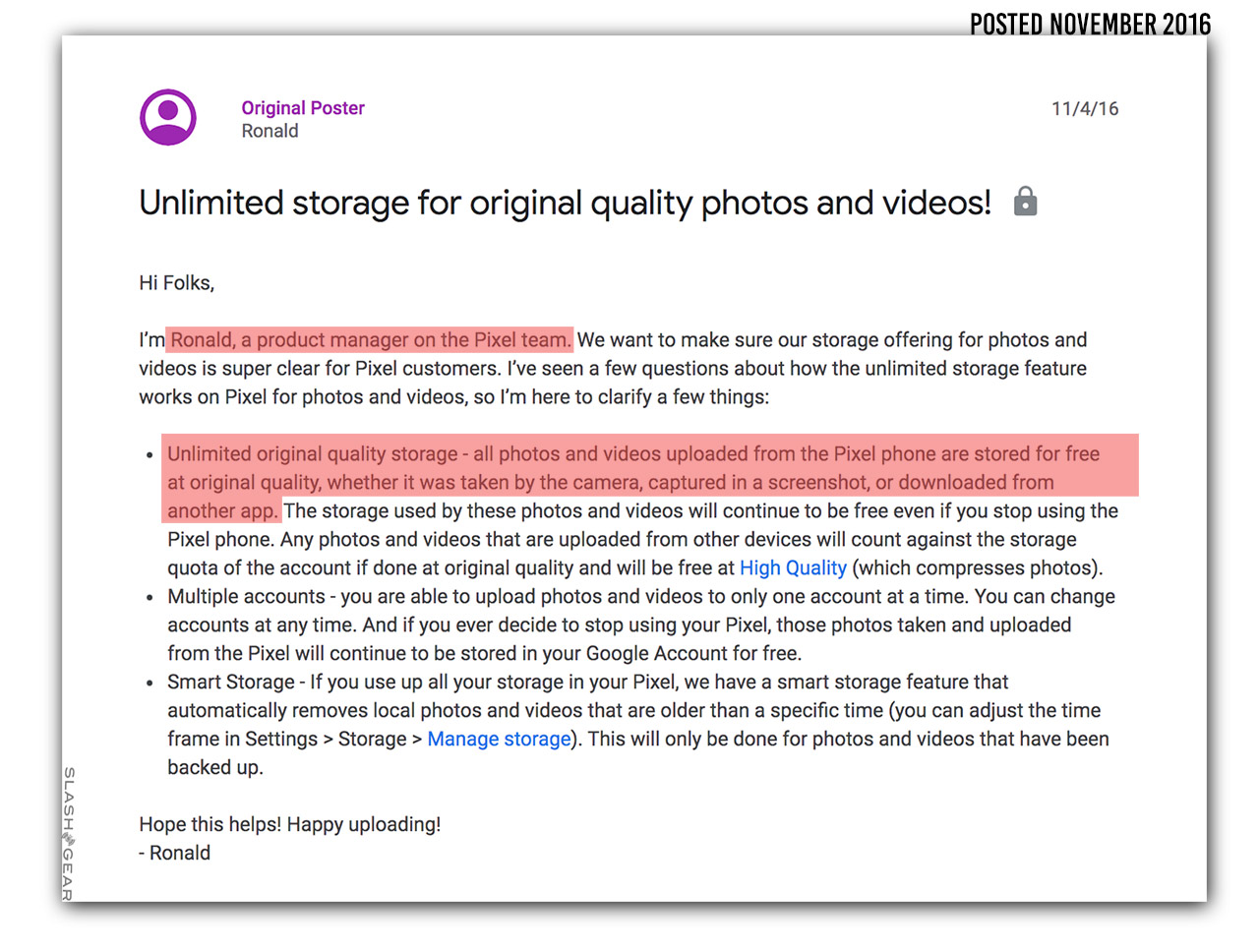 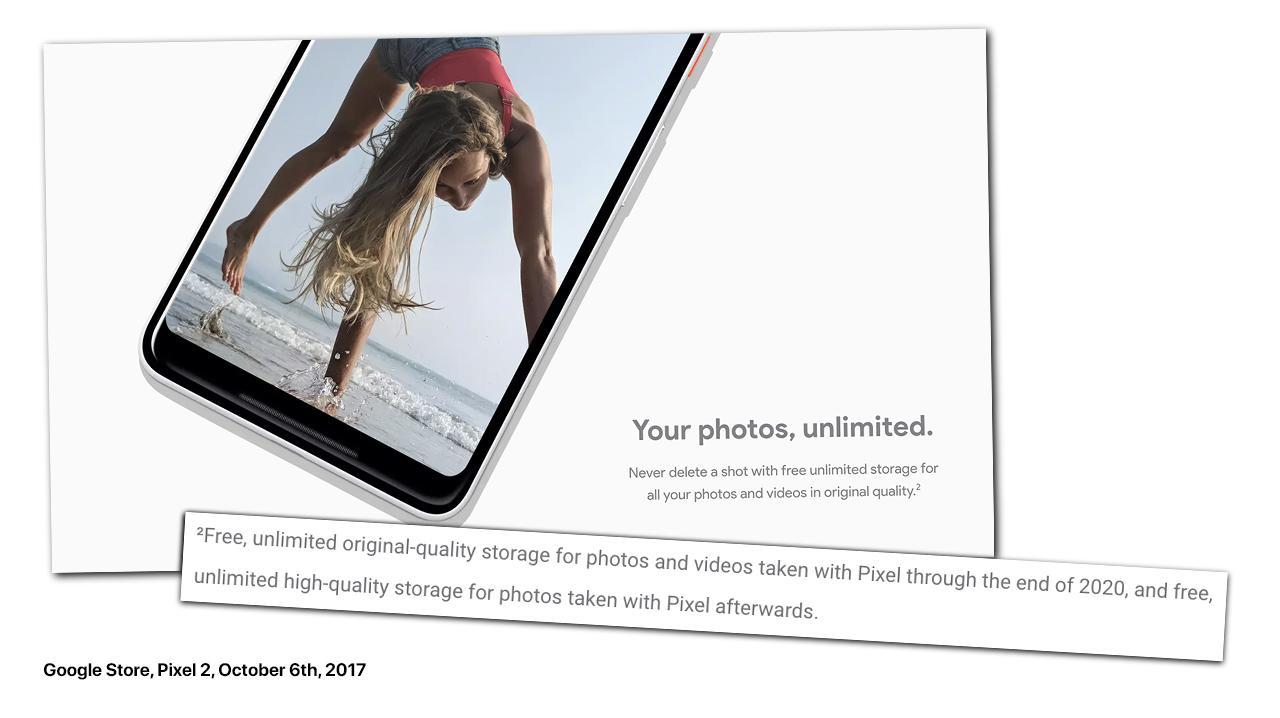 Fast forward to October 2018, and we’ve got a bit of a change. With the launch of the Pixel 3, limits started to apply to the original Pixel. The edits made to Google’s fine print at that point limited the original Pixel’s uploads to: “Unlimited online original quality storage of photos/videos taken with your Pixel through 2020.”

So that took out the part with the uploads from other apps, screenshots, etcetera, and added the time limit to 2020. At the same time, the Pixel 2 series got an extension of the same sort of storage through the year 2021.

The Pixel 3 launch included “free unlimited online original-quality storage for all photos and videos uploaded to Google Photos from Pixel 3 through 1/31/2022.” So that was a strange change – especially since it was listed right alongside the other two phone storage limits in the Google Store online.

Here in October of 2019, we see several MORE changes to the terms. The original Pixel text reads: “Unlimited original quality storage of photos/video taken with your Pixel, high quality for all other photos/videos.” And the limit date has been removed entirely!

The Pixel 2 now says “free, unlimited original-quality storage for photos and videos taken with Pixel through the end of 2020.” So we’re back to 2020, even though we’d switched to 2021 last year.

SEE TOO: Our Pixel 4 hands-on and first impressions

In the text posted to Google’s Pixel site in their Google Store today (as shown above), both the Pixel 3a and the Pixel 4 include no mention of original-quality photos or videos. They do, however “offer free unlimited online storage for all photos and videos uploaded in high-quality.” We saw this same sort of thing when the Pixel 3a was released and assumed it’d only be for the lower-cost Pixel – now it seems as though the original-quality free-for-all is over… for everything but the original Pixel!

We assume that this means that the original Google Pixel is now the only smartphone in the world where users get full original-size uploads to Google Photos forever. But we’re checking with Google to make sure of that, once again.