The Pixel 4 may still be months away from launching, but Google can’t stop previewing its Android flagship’s features – and confirming new and innovative hardware along the way. Recent rumors have focused on the possibility of Google including its motion-sensing Soli technology in the Pixel 4, and – just as it did with camera chatter – Google has now confirmed that will indeed be onboard, powering the phone’s Motion Sense feature.

Soli is the handiwork of the Advanced Technology and Projects (ATAP) team at Google, the group focused on cooking up new gadgetry and innovative designs that could one day make its way into production devices. In the case of Soli specifically, it builds on radar, packaging it into a form-factor small enough to fit into a phone or even a wearable. 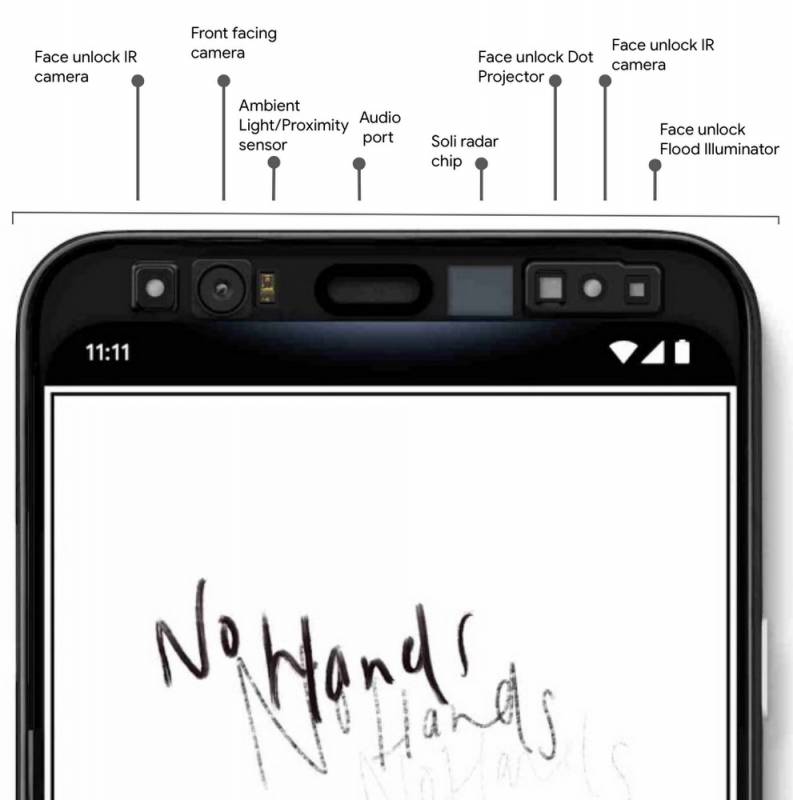 For the Pixel 4, Soli will be responsible for Motion Sense. The sensor will be integrated into the upper bezel of the smartphone, tracking motions around the handset. It’ll mean you can skip songs by waving a hand, snooze alarms, and silence incoming calls. “These capabilities are just the start,” Google’s Brandon Barbello, product manager for Pixel, says, “and just as Pixels get better over time, Motion Sense will evolve as well. ”

It’s not the only Pixel 4 feature that Google is confirming today. There’ll also be face unlock, something Google concedes is familiar from other smartphones on the market already, but which Barbello says the Pixel 4 will do differently.

“Other phones require you to lift the device all the way up, pose in a certain way, wait for it to unlock, and then swipe to get to the homescreen,” the product manager points out. “Pixel 4 does all of that in a much more streamlined way.”

So, Soli will be used to track when you’re reaching for the Pixel 4. That will then proactively turn on the face unlock sensors that are also integrated into the top bezel. It’ll cut down the wake time for the system, versus relying on the accelerometer to know when the phone is physically moving.

The promise is that the Pixel 4 face unlock will open as you pick the phone up, with no pause to wait for it to take place. It’ll also work regardless of the angle you’re holding the Pixel 4 at. Even if you’re holding it upside down, in fact.

Google will also allow Android to use face unlock for secure payments and app authentication. The facial recognition technology stores its data on the handset alone, rather than in the cloud, using the Titan M security chip. Soli data is also processed on-device, rather than being saved to the cloud or, indeed, shared with other Google services.

Gesture tracking on phones isn’t new: indeed, we saw LG try something along those lines earlier in the year, with the G8 ThinQ. The shortcoming typically is that the precision of the sensors – usually camera-based, or with a so-called Time of Flight (ToF) sensor – is underwhelming, forcing you to make over-exaggerated movements. We’ll see whether Soli bypasses that problem later in the year, with the Pixel 4 expected to debut in October 2019.