Periodically being shaken may not sound like the best way to get a solid night’s sleep, but Philips believes the right kind of vibration could stop you – or the person you’re trying to sleep next to – from snoring, as well as having a long-lasting impact on your overall health. The latest addition to the company’s sleep-focused range, the Philips SleepSmart Snoring Relief Band replaces giving your bedmate a swift kick when they’re making too much noise.

Unlike straps that claim to keep your nasal passages more open, or bizarre headgear, the snoring relief band takes a more straightforward approach. People typically snore when they’re lying on their front or back, but not when they’re on their side.

So, Philips’ band basically tracks when you’re lying on your back, and encourages you to shift to your side. To do that, it promises to gently vibrate. Not enough to actually wake you up, but just enough of a disturbance to get you to change position. It’s a similar strategy to the micro-changes Philips’ Somneo Connected Sleep & Wake-up Light tried to make in the bedroom, but which can cumulatively add up to a big difference in your sleep – and your health.

According to research, 40-percent of adult men and 24-percent of adult women snore habitually. It’s cited as a key issue in preventing people from getting a solid night’s rest, either because they themselves are snoring, or the person next to them are. 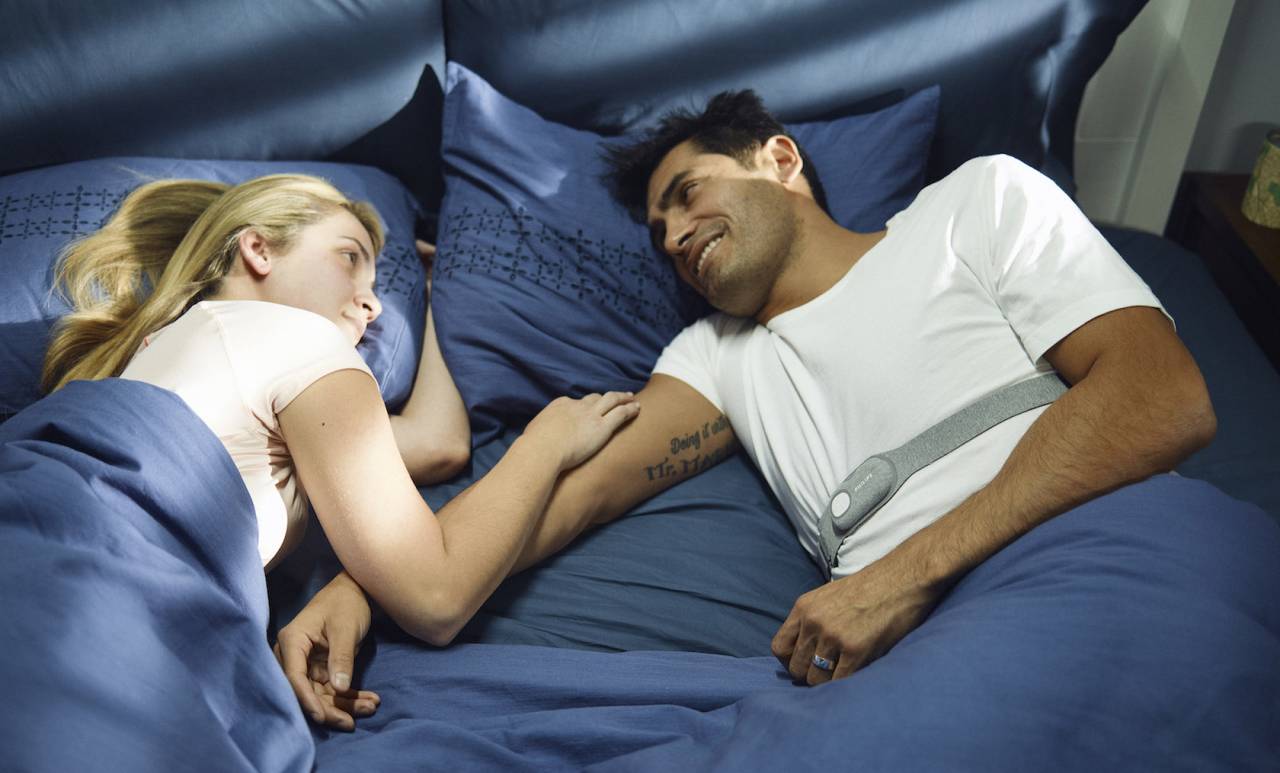 The snoring relief band isn’t, Philips insisted when it showed the strap off at IFA GPC 2019 at which SlashGear had been invited to attend, just a vibration motor that buzzes when it’s off-angle, though. It automatically adjusts both patterns and intensity of the vibrations, so that they stay effective and you don’t subconsciously learn to ignore them. Machine learning in the background tracks sleep habits to pinpoint the best moment for the band to give you a nudge.

It all sounds faintly ridiculous, but snoring is a big deal – both in terms of annual relief spending, and for potential long term health implications. Snoring can be a strong risk factor for hypertension, for instance, while if left untreated it can eventually lead to Obstructive Sleep Apnoea, or OSA. That’s where the walls of the throat narrow during sleep, making it harder to breathe.

Over time, OSA can lead to an increased risk of stroke or heart attack, to atrial fibrillation, and even make it more likely that you’ll develop type 2 diabetes. Stopping snoring isn’t going to instantly prevent all that from happening, but it’s a good first step, and doctors typically look at snoring as an early symptom that there’s something going wrong when you’re in bed.

Philips’ SmartSleep Snoring Relief Band is worn around the chest, like a heart rate monitor. There’s a minimalistic display to show status and things like battery life, and a USB-C port for charging. The sensor unit itself slots into the band, which is resizable to suit different wearers.

How much it will cost, and how exactly you’ll control it, remains to be seen. Philips has been pushing its digital health portfolio over the past few years, including building links between the apps on individuals’ phones and the infrastructure their healthcare providers rely on. Recent smart toothbrushes from the company, for example, support two-way communication between the brusher and their dentist. We’ll find out more at IFA 2019 this September.