Apple just revealed some new incoming treats for the Apple Watch, so today might not be the best time to put out smartwatch-related news. That, however, isn’t daunting Pebble, who has announced some big new features for the smartwatch itself as well as for its Android and iOS apps. Version 3.4 of the firmware not only brings full support to three new language but also add some quiet time and a power-saving feature. The Android app, meanwhile gets a fresh new look that happens to be also easier to use.

“C’est bon, Wunderbar, Olé!”, as Pebble would say. In firmware 3.4, French, German, and Spanish are now fully supported, not just in display language but also for voice. The new Quiet Time feature is the Pebble equivalent of “Do Not Disturb”, allowing users to silence audible notifications as well as vibrations. Users can either turn it on or off manually, take a cue from their calendar, or schedule it on weekdays and weekends. Standby Mode can save up to 50 percent of battery life by turning off Bluetooth, and therefore its connection to your smartphone, when its sensors detect that it has been motionless for 30 minutes, like when you aren’t wearing it. It automatically turns Bluetooth back on the moment it detects motion. 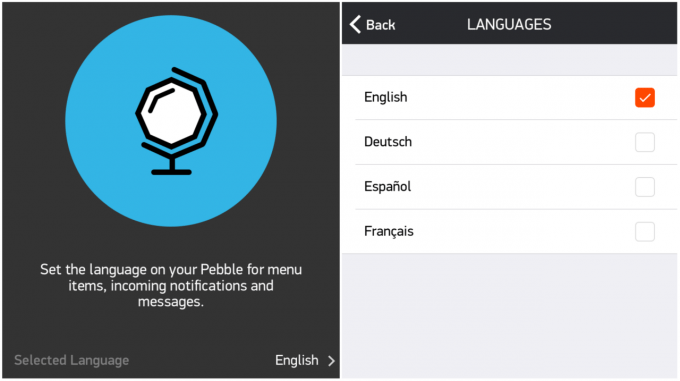 Aside from the facelift, and all the features mentioned above, version 3.4 of the companion Android app allows users to accept, decline or cancel calendar invitations, whether incoming or already in the timeline. For iPhone users, on the other hand, version 3.2 of the updated app will now show weather information on the Pebble Time timeline in the proper selected language.

Despite the influx of smartwatches, both Android Wear and Apple Watch, Pebble still enjoys a strong following because of its simplicity, its long battery life, and its ability to work with both Android phones and iPhones. That last part, however, will soon be challenged, with Android Wear now also working, though primitively, on iOS and Samsung’s Gear S2 poised to do so as well.