Popular iPad art app Paper is dropping its in-app purchases and making all its add-on tools free, in the hope that sales of its Pencil stylus make up any shortfall along the way. Paper, which was Apple’s iPad app of the year back in 2012, previously charged $0.99 apiece for each of the Sketch, Outline, Write, Color, and Mixer tools that could be added to the default Draw tools, but now each can be downloaded free as soon as you open the app. In return, app maker FiftyThree is focusing on its Pencil stylus, which although resembling a simple slip of wood or metal, actually contains some significant wireless smarts.

Ostensibly, Pencil looks like a basic capacitive stylus, which traditional rely upon a rubbery tip to replicate the touch of a fingertip. However, in fact it contains Bluetooth 4.0 and communicates with the iPad wirelessly, transmitting details like pressure to the app. 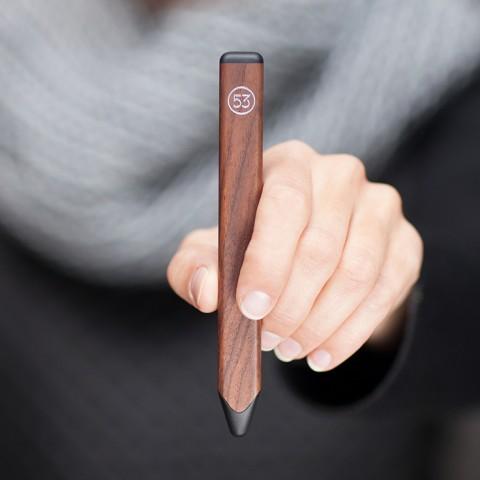 Meanwhile, it also allows for palm-recognition to run, so that you can lean your hand on the iPad’s screen without having it mistaken for a touch.

Pencil is priced from $49.95 for the graphite version, though other, more premium finish models are $59.95. That’s a significant step up from the $3.99 of the “essentials pack” of all five of the add-on tools which FiftyThree offered as a one-stop purchase.

The company is aiming to not only corner the market in tablet art – going up against Adobe Ink & Slide in the process – but to increase its footprint in education markets, where upgrading multiple copies of an app could quickly get expensive.

“Many teachers and students already use Paper to give lessons and take notes, so we’re excited for the opportunity to further learning in classrooms,” FiftyThree said today. “After all, the right tools can open a world of creative possibilities.”

Shipping this week, meanwhile, is Pencil Gold, a gold finish version of the stylus.