Panasonic has revealed its latest mirrorless camera, with the Lumix G100 tagging vloggers and other creatives who need great audio along with their stabilized 4K. Taking on the recently-announced Sony ZV-1, the Lumix G100 pairs a micro four-thirds sensor with five-axis OIS and sound tech supplied by OZO Audio by Nokia.

On the audio side, meanwhile, though there’s the ability to plug in an external microphone, the Lumix G100 might not require it every time. There’s support for OZO Audio spatial recording, with three microphones built-in to capture positional sound. That should make it easier to pick out different voices in an interview over background noise, for example, or capture a more immersive soundscape from a scene or event.

It also powers a new audio tracking feature. That way you can tag a subject and have the Lumix G100 prioritize their audio, following them even as they move around a scene. Auto mode, meanwhile, promises to switch intelligently between tracking and surround modes. 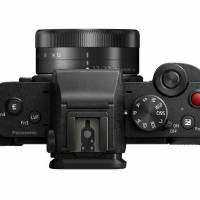 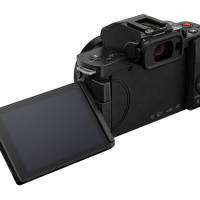 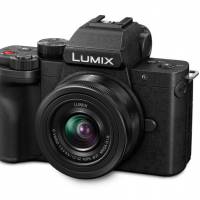 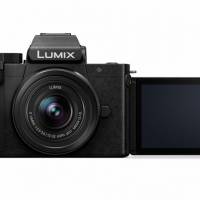 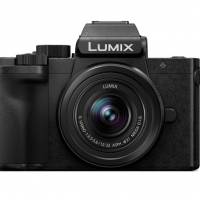 Control is via a 3-inch adjustable display which can pivot out for easy framing when in front of the lens. There’s a Video Selfie Mode in which the Lumix G100 should capture both the subject and their background in focus, without adjustments to the aperture. Or, you can rely on natural background deblur. A Frame Maker feature shows guidelines on the LCD for common aspect ratios – so you can be sure you’ll be positioned correctly for 16:9, 4:3, 4:5, 5:4, 9:16, or others – and the REC Frame Indicator uses a bold red frame so you can be sure you’re actually recording at a glance.

There’s V-LogL support, together with up to 4x slow-motion and 8x quick footage, plus a time-lapse mode. With Bluetooth 4.2 and WiFi b/g/n footage and stills can be wirelessly transferred to a smartphone running the Lumix Sync app; that app can also be used as a remote control. An HDMI output is included too, though it doesn’t support streaming live in 4K, and when the HDMI output is being used the Lumix G100 won’t record video.

Panasonic says that the Lumix G100 will go on sale at the end of July. It’s up for preorder for $749.99 (rising to $799.99 after that) and will be offered in a kit with a 12-32mm lens and a new tripod grip that has buttons to control video recording, the shutter, and the camera’s sleep mode.