Sony has revealed its latest digital camera, the hotly-anticipated Sony ZV-1, laser-focused on vloggers and content creators. Pairing a 20.1-megapixel 1.0-type Exmor RS sensor with 4K video recording and a highly-flexible LDC display, the ZV-1 also throws in a better quality microphone and some onboard faux-bokeh effects.

Sony’s compact and Alpha-series cameras have proved popular with video creators in recent years, though that hasn’t stopped such users from demanding more specific features from the firm. The ZV-1 is Sony’s attempt to address those requests, and while it’s a solid camera for stills, the reality is that it’s video that has been paid the most attention. 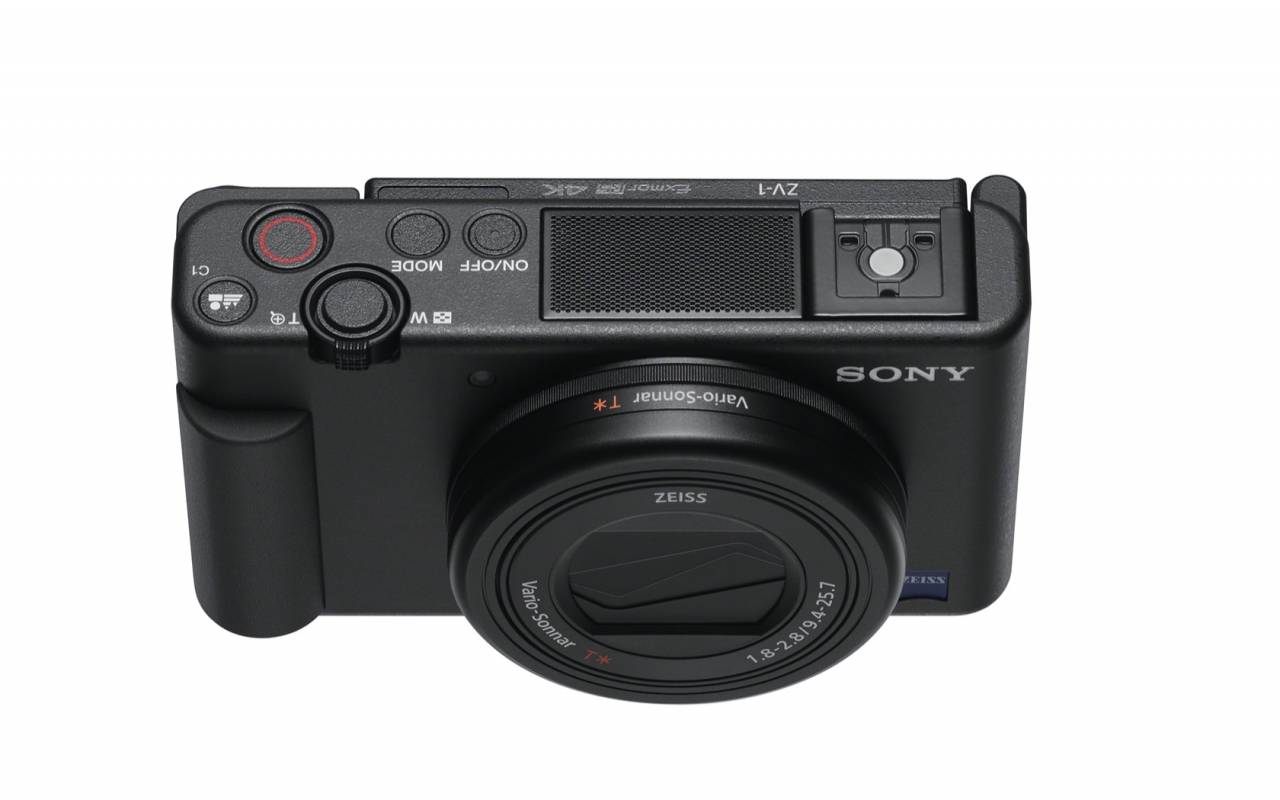 So, there’s an F1.8-2.8 ZEISS Vario-Sonnar T* large-aperture lens, for plentiful natural bokeh, and a BIONZ X image processor with speedy autofocus including subject-tracking. There’s in-body image stabilization, too: optical and digital in HD mode, and optical in 4K mode.

For the first time on a Sony compact camera, there’s a side-opening Vari-angle LCD screen. That means it pivots out from the side, flipping around for easier selfie-framing, but also won’t interfere with external audio accessories. 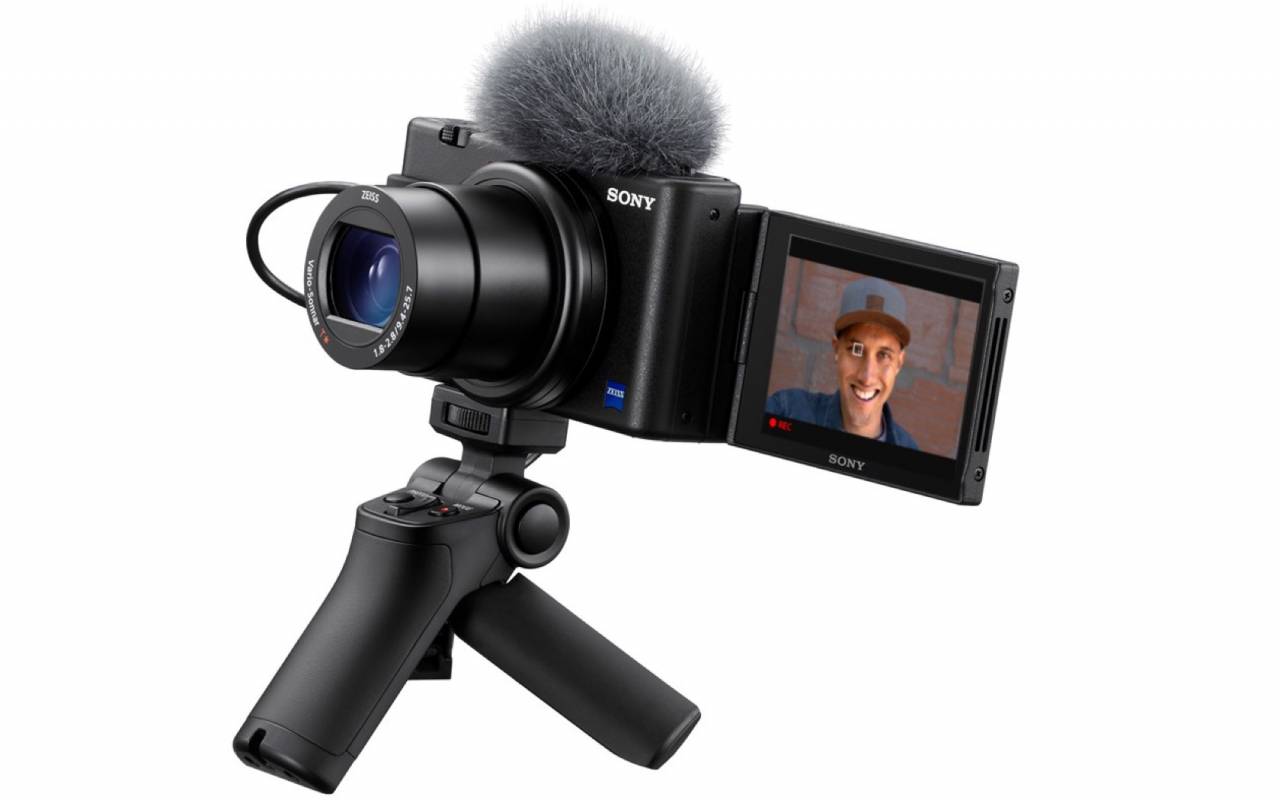 Whether you need to plug those in remains to be seen. Sony has given the ZV-1 a Directional 3-capsule Mic, designed for forward-directional audio capture with minimal background nose. However there’s also a 3.5mm mic input and a Multi Interface Shoe for external microphones. A wind shield – that fits on the MI Shoe – is included in the box.

There are two key additions in the camera’s software that cater specifically to vloggers. A new Background Defocus function automatically switches between less and more background blur, without changing the focus lock. It’s positioned to be easily accessible on the top of the camera, so that it can be pressed even when you’re sitting in front of the lens. 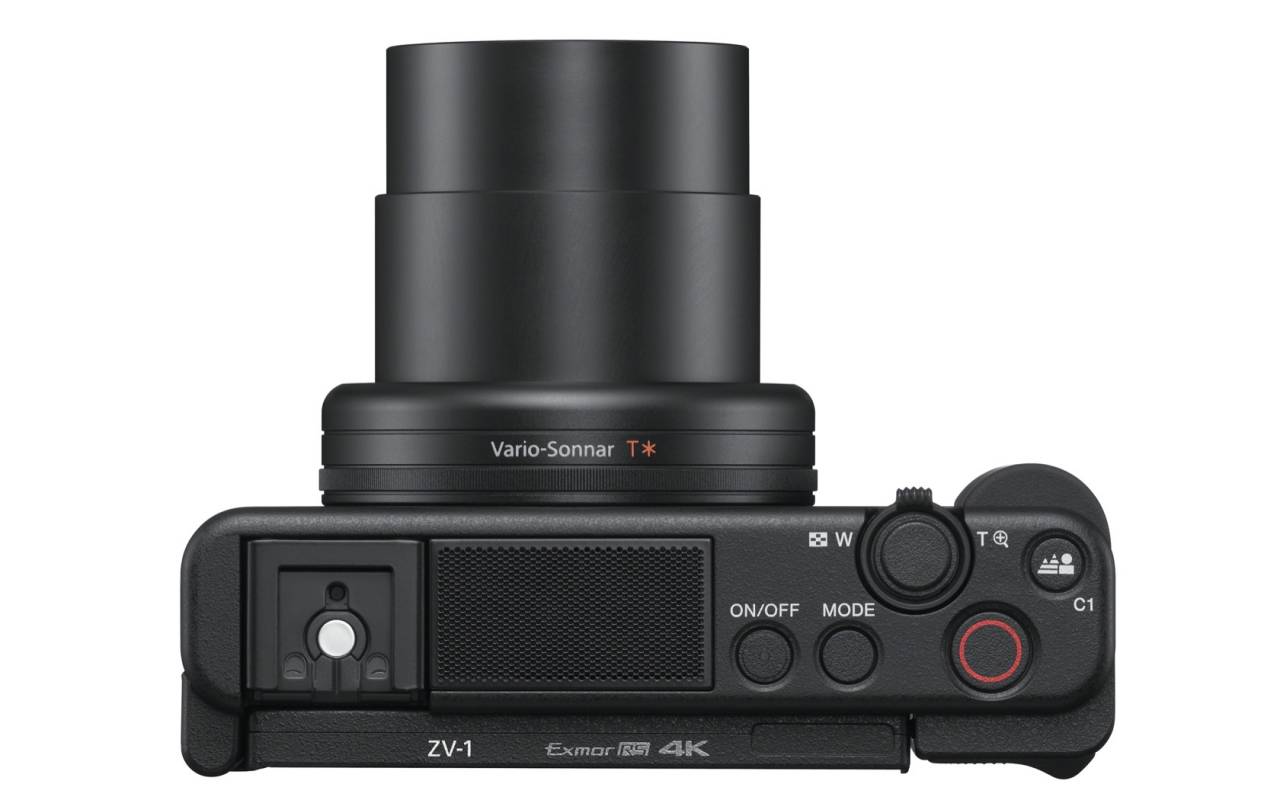 The other addition is Product Showcase Setting. That promises quicker, smoother transitions between your face and an object held up in front of the lens: a product you might be wanting to show off, for example. If you’ve ever noticed creators holding up their hand behind a product so that the focus switches, you’ll understand why this could be a big deal. 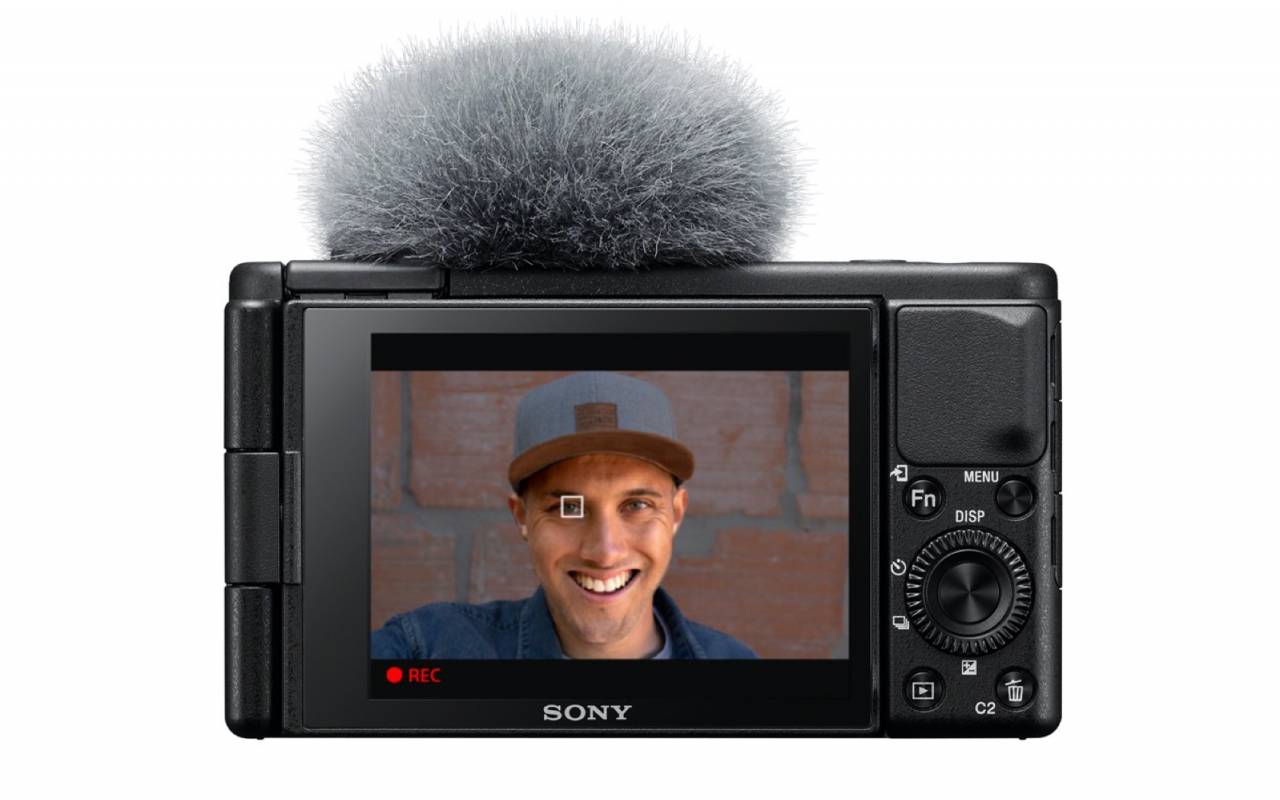 For time-lapse videos there’s an interval shooting mode, and there’s also Super Slow Motion at up to 960fps. Plugged into a computer via USB, it’ll work as a webcam with Sony’s new PC software (that will arrive in July).

Overall, it’s 294 grams and measures 105.5 x 60 x 43.5 mm, and there’s a larger movie record button on the top. Sony has added a recording lamp to show status on the front, too, and there’s and optional wireless controller that uses Bluetooth. That’ll be part of the ACCVC1 Vlogger Kit, along with a 64GB memory card and a shooting grip. 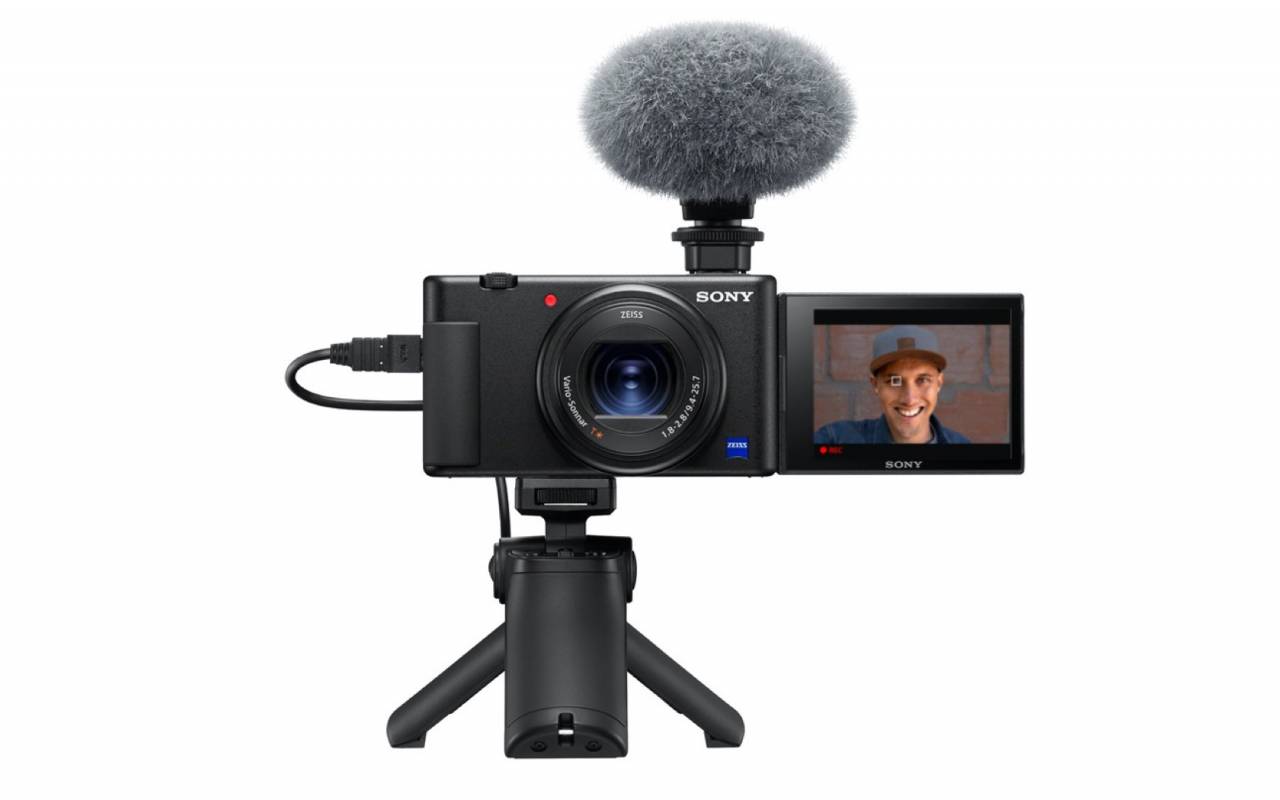