Packard Bell are the latest to weigh into the netbook arena, with the “dot” [pdf link].  Packing the usual combination of Intel’s 1.6GHz Atom, 1GB of RAM and an 8.9-inch display running at 1024 x 600, the only real area of mild interest is the 160GB hard-drive which is perhaps a little larger than the norm. 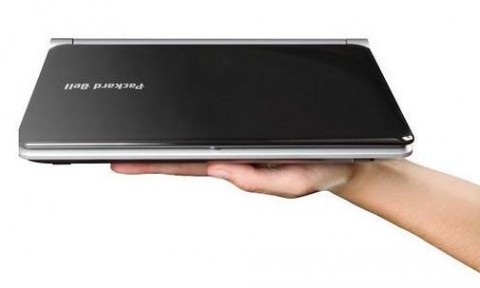 There’s also a built-in webcam, 6-cell battery, the typical clutch of three USB 2.0, one VGA, microphone and headphone ports, and a 5-in-1 multicard reader.  In fact it looks very similar to the Acer Aspire One, unsurprisingly considering Acer owns a 75-percent chunk of Packard Bell.

Available in Europe come November, the dot will be priced at around €399 ($584) with Windows XP Home.  A 3G module is apparently on the cards too, but no pricing details have been given.