If you’ve been playing Overwatch for some time now, you’re likely aware of Lucio’s in-game references to his own cereal: the support character has a spray for a box of “Lucio-Oh’s” cereal, and after players fell in love with the joke a voice line was also added. At this weekend’s BlizzCon 2018, Blizzard made an announcement just for all the dedicated Lucio players out there: a real Lucio-Oh’s cereal is coming to store shelves.

Following their recent partnerships with Nerf and Lego for official Overwatch toys, Blizzard has teamed up with Kellogs to bring Lucio-Oh’s to the breakfast table. The cereal is made up of loops in Lucio’s signature green and yellow colors, and features a flavor described as “Sonic Vanilla.” Boxes of Lucio-Oh’s should be hitting stores in early December, and even more enticing for Overwatch players is that they’ll include a “Loot Boost.” 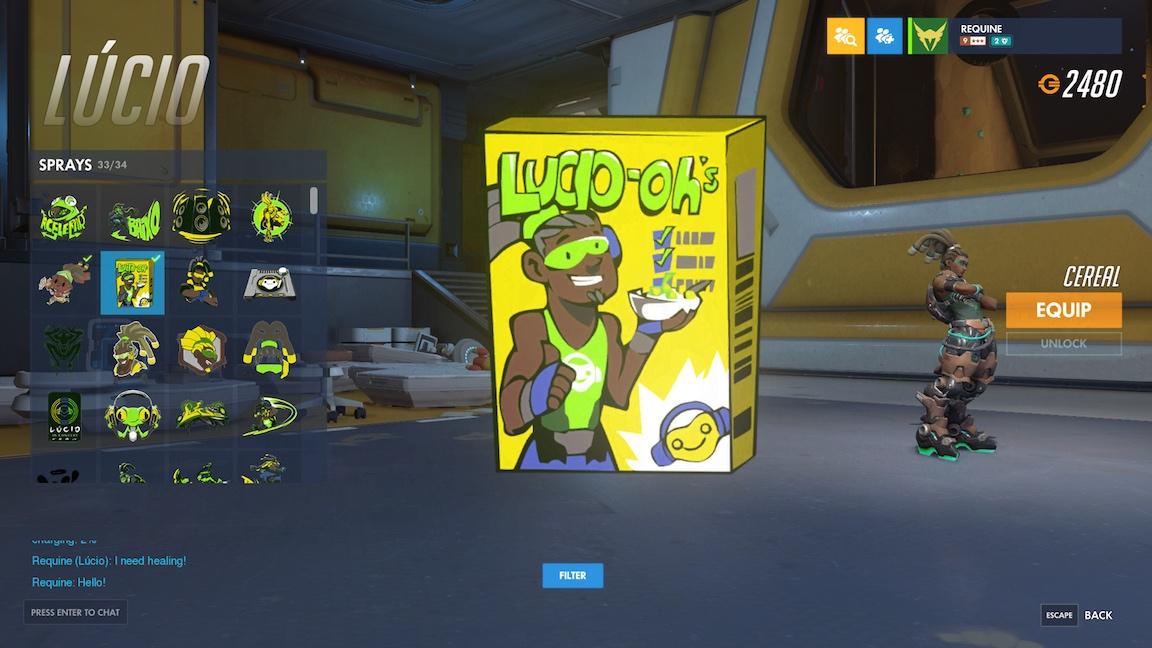 The Loot Boost doesn’t straight out give extra in-game loot boxes like you might expect. Instead, players will earn an extra loot box with their next three XP rank-ups — so, they’ll get six total instead of three. Unfortunately, the system for redeeming these Loot Boosts is a bit convoluted.

Get into the daily groove and boost your breakfast with Lúcio-Oh's. pic.twitter.com/gIo7xAswC4

The side of the cereal boxes explains that players will need to submit a photo of their receipt online. The cereal must be purchased between December 3rd, 2018 and December 31st, 2019, and photos must be submitting within 30 days of purchase. Photos must be uploaded to a special Lucio-Oh’s website — KFR.com/LucioOhs — and at some point within the three following days the Loot Boost will kick in automatically. The website doesn’t go live until December 3rd, but it’s likely players will need to link to their Battle.net account so the boost can be applied.

It seems there’s no limit on how many boosts can be redeemed, as long as receipts are submitted by January 30th, 2020, and players must rank up by March 3rd, 2020. For those that play Overwatch regularly, and don’t mind the taste of the cereal in the first place, it’s not a bad way to earn some extra loot boxes, especially during the game’s seasonal events.