The folks behind the Android-based gaming system OUYA have revealed this week that they’ve been holding back a “secret weapon” of sorts in their bid for Kickstarter supremacy: Muffi Ghadiali of Lab126 from Amazon. This fellow worked on the Kindle product line in both software and hardware and was responsible for interacting with engineering, product design, industrial design, supply chain, QA teams, and operations. Now that the OUYA project has more than $5 million USD in funding via Kickstarter before it’s even launched AND they’ve got the support of a proven winner, what’s to stop them?

The man that’s being shown off by the OUYA team today, Ghadiali, is letting the world know through his own announcement that he loves gamers, that he knows as a “product guy” that the gaming universe is unique. Noting that he’s seen gamers “follow products from the first idea all the way to market,” Ghadiali expresses his glee in being part of not only OUYA as a product, but as a Kickstarter project specifically. 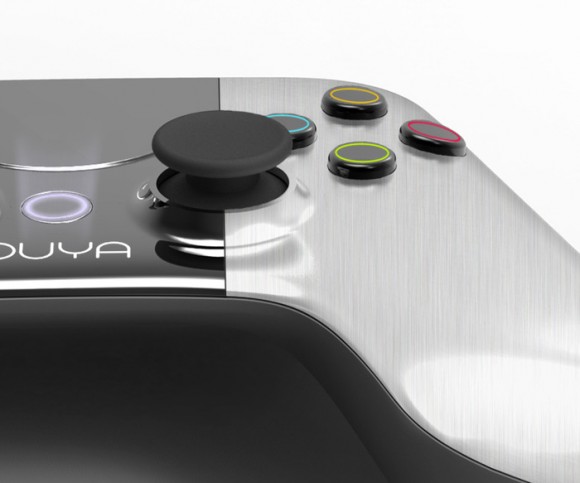 Ghadiali set down a list of items that he and the OUYA team will be working with in the coming weeks and months:

I know from experience that this can be done:
• I’ve built consumer technology products for more than 15 years–both hardware and software. I’ve worked on set-top boxes, media streaming devices, handheld devices, content services, and other big consumer products.
• I’ve been playing a key role in designing the path that will take OUYA to market, from technology to production.
• And while it may seem aggressive, the technology here is actually fairly standard. We’re not building a hovercraft or a nano-bot.
• If you look online at the teardowns of other devices with some of the same components, you’ll see that our device can be built for well under $99.
• What IS innovative is the beautiful design from Yves Behar, and our model for working with game developers. From my perspective, I’m tackling the easy part.

So here’s what we’re doing now…
• Developers, we’re working to get an SDK in your hands as fast as we can, please be patient. It will be pretty simple to start, using the existing Android SDK and adding the ability to promote your game, and to charge OUYA customers. We’ll add to it as we go.
• We’re getting our ducks in a row on the hardware production. NVIDIA is helping us with production designs, and selecting the right device manufacturer. We’re in talks with a few manufacturers. I was just playing with our circuit board yesterday.
• NVIDIA is also helping us maximize the performance of our Tegra 3 chips — they’ll work even better than the demos you see online. We’ll be able to support some intense games.

He also mentioned that the console will be getting an Ethernet jack before it’s set to be produced and that there wont be many (if any) more changes to the specifications of the final product before it hits the market.

Stay tuned for more OUYA as it inches closer to reality – and check the timeline below to see how far it’s progressed thus far!