Art Lebedev’s Optimus Project studios promised that the Mini Six companion keyboard – a compact accessory with six buttons each integrating a user-customizable display – would be here later on in 2011, and now the company has confirmed that it’s in the early production stage. In effect a doubled version of the Mini Three, the Mini Six does differ in that it uses new, more compact LCD displays for its keys.

Those displays, thanks to the relentless march of panel technology, mean Optimus can fit a 64 x 64 pixel screen into a smaller housing than in previous products. On full-sized keyboard that will mean easier typing and more compact form-factors, though for the Mini Six it will really just mean that the overall housing is smaller and your full-color icons are smoother and crisper.

As for the Optimus Popularis, the successor to the original Optimus Maximus – which had OLED keys and a massive price tag – that has been delayed again, and will apparently arrive in 2012. The company previously suggested that it would launch in late 2011. No word on pricing for either it or the Mini Six at this stage. 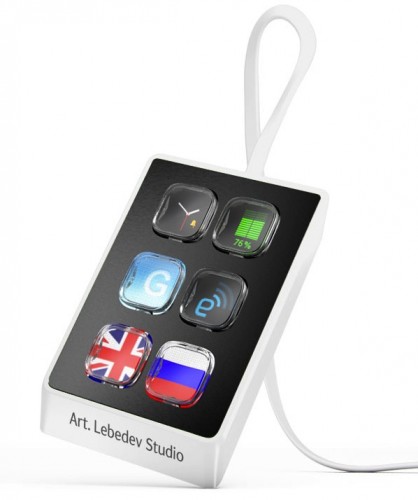