Back in 2012, gTar creator Idan Beck decided to squeeze an iPhone into a guitar controller and make a digital instrument; now, he’s looking to do the same with the keyboard. Keys is a modular keyboard designed for mobile musicians, bypassing the complexity – and unnecessary button cruft – of existing mobile MIDI instruments, and instead focusing on flexibility. I caught up with Beck to test out my finger skills, and hear why Keys has potential for more than just magnetically-built modular controllers.

A slab of silver-finish plastic with a 24 key musical keyboard on top, Keys may look like a toy but the aesthetic belies its capabilities. Each key has a multicolor LED inside, while there are motion sensors interspersed between the upper row. 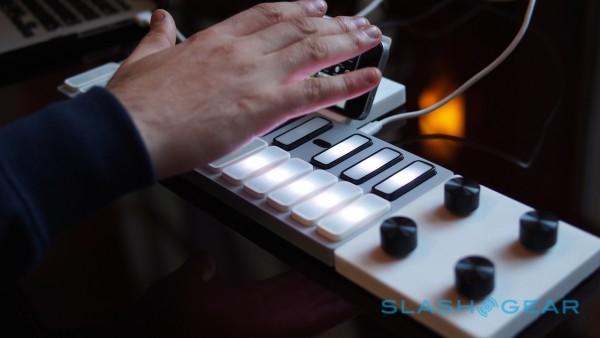 The motion sensors are part of what make Keys special. They’re a little like Leap Motion‘s technology, though based on a homegrown system by Opho itself. By swiping left or right across them, for instance, you can change volume, introduce a theremin-type wobble, or shift the keyboard up or down an octave.

However, you can also give yourself more room by snapping on an extra Keys unit. Beck and his team have developed an ad-hoc communication protocol dubbed AMON, which links units together with magnets – they take a little tug to pull apart – and then automatically makes a bi-directional data and power connection. 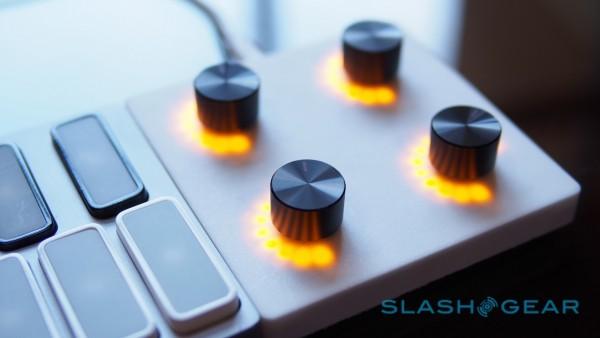 As well the Keys unit itself, the company has plans for other modules. Beck showed me a 3D print of a quad-knob square, with light-up status rings, which could be snapped to any of six positions around the body of the instrument. There’s also an iPhone dock, which can both handle data and power to and from the phone.

The principle, Beck explained to me, is that rather than the current offering of portable music controllers which force you to accept a certain configuration of control – even if you only want a subset of those buttons, sliders, pads, and switches – Keys owners will be able to create exactly the layout they require. Beyond that, they’ll even be able to adapt it depending on situation: so, the trim knobs you might demand while editing and mixing could be left off when they’re not being used during a performance.

For the final design, there’ll be a simple link from Keys to your computer or phone. A battery running the full width of the ‘board will give at least eight hours of play, Beck predicts. 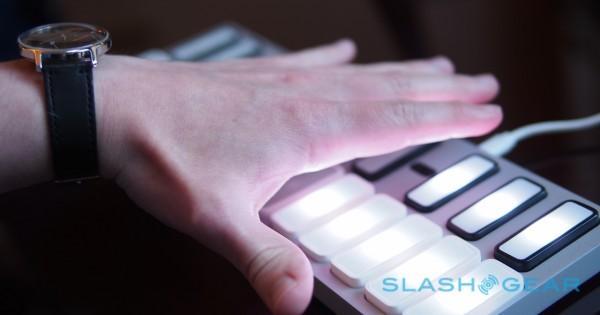 For the current prototype, however, a microUSB cable from Beck’s laptop provided the juice. In theory, any block could be powered and then supply the necessary charge to any other unit, the system adapting as pieces are shuffled around or removed altogether.

Keys supports any iOS app that can handle Core MIDI input – Android support is in the pipeline once, Beck says, the OS’ latency issues can be worked through – but the company will have its own apps too. Like on gTar, they’ll focus on things like teaching musical skills, with falling notes and light-up keys guiding you through the right motions. 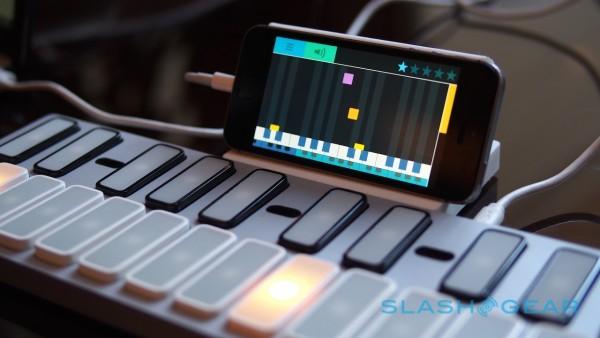 The attention to detail is impressive. Each LED is embedded in the top of the key, not underneath on the circuit board, so you don’t get any change in brightness depending on where in the button’s travel it is.

The protocol Beck and his company Opho has come up with has potential for more than just Keys, however. In fact, he sees it as a foolproof alternative to Bluetooth which, as the inventor points out, is great when it works as intended, but doesn’t take much to derail. 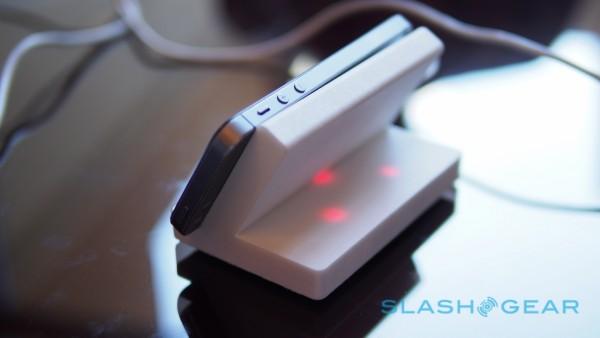 In contrast, Opho’s system is truly place-and-play, and it has potential for wide variety of other devices beyond music. Beck is already in talks with other companies about how the protocol might be licensed, and says the actual hardware involved is less expensive than the radios Bluetooth demands.

There’s officially no limit to the number of devices that can be daisy-chained, though for Keys’ purposes there’s a point where the self-balancing mesh network can’t deliver low enough latency to be musically useful. 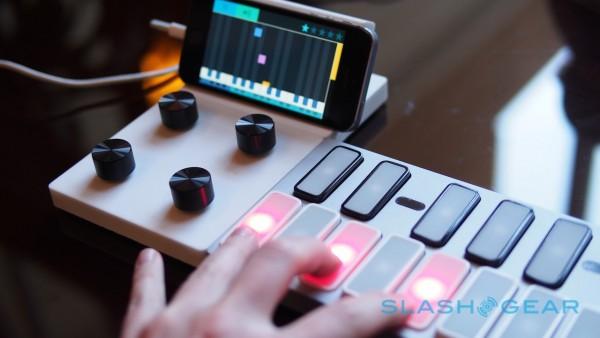 Nonetheless, it’s not hard to imagine kids toys that connected and interact when simply placed together, or any number of other applications where wireless data and power with zero setup headaches could be a boon.

Meanwhile, though some way out still, Opho is experimenting with an Android tablet of its own dedicated to music use. Based on Google’s OS and NVIDIA’s Tegra chipset, but fettled to reduce latency among other improvements, it could turn Keys into a complex synth, though Beck says not to expect it any time soon.

Instead, first there’ll be iOS support and the Keys release itself this Summer, 2015. The keyboard will be $99.99, while the iPhone dock is expected to be around $39, and its Android counterpart – when it eventually arrives – around $29. 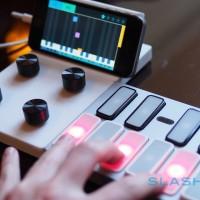 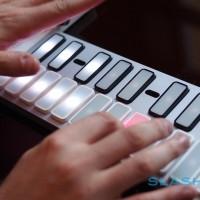 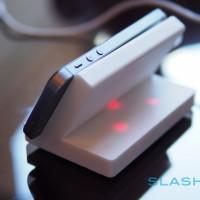 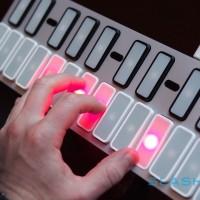 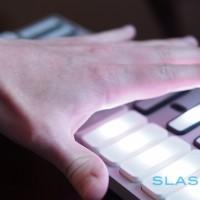 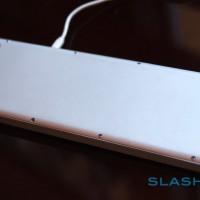 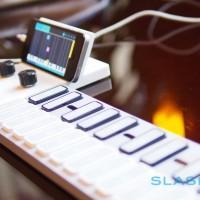 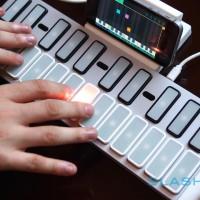 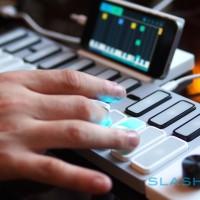 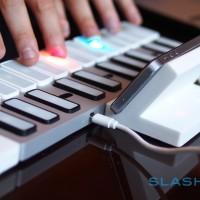 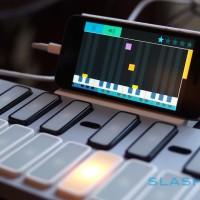 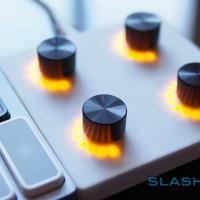 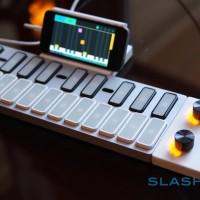 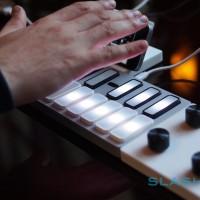 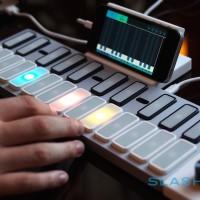 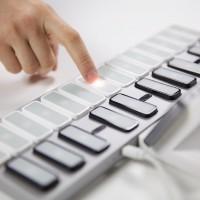 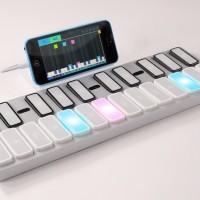 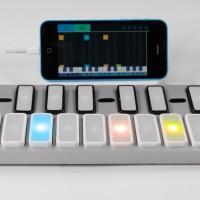 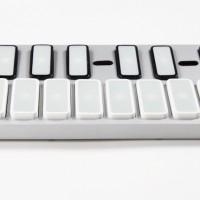 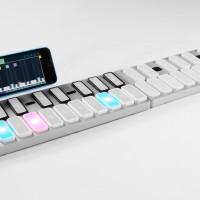