When we first heard that we’d be able to play many of our favorite games generally relegated to Windows through the cloud to a variety of platforms, including smartphones, tablets, and OS X-toting Apple notebooks, we were skeptical. This week the team behind OnLive’s cloud gaming initiatives have introduced CloudLift, a subscription service in which you’re paying for the right to stream games you already own straight from OnLive’s remote servers. As it turns out, even in Beta mode, this environment is quite impressive.

In our first demonstration here you’re going to see a full-screen recording of our MacBook Pro working with OnLive. We’ve logged in before, so we get automatically re-logged-in, the same being true with our connection to Steam – though we wouldn’t necessarily need that to play the game we’re playing here in this mode.

Specifications for the machine we’re using above are listed below this paragraph. This is after having downloaded the OnLive app yesterday (taking about 5 minutes, max) and entering a code to get access to Mortal Kombat: Komplete Edition (effectively the same process as purchasing the game, taking just a few minutes to navigate, enter credit card info, and confirm.)

Also included above is the average data speed at which we were connecting during this experimental run. The longest period of time was in loading the game itself remotely. Thus far we’ve had absolutely no trouble running any game on this computer, no matter its original requirements locally. 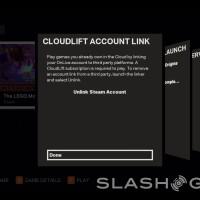 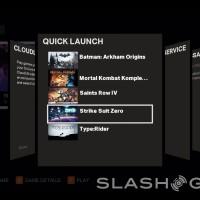 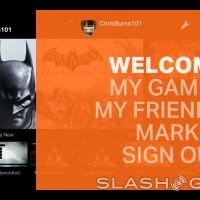 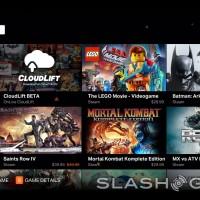 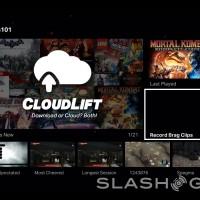 Because this is a Beta run, we’re not unduly turned off by the slightly less-than-perfect user interface flow or game/connection load times. The main UI isn’t the most intuitive bit of menu setup we’ve ever worked with, but we got the hang of it in just a few minutes time.

With 20 games in the running right off the bat (this system was just announced yesterday), we’ve got a lot of testing ahead of us. Let us know what you’d like us to test on and with next, and we’ll do our best to bring you the action!