OnePlus’ first wearable has long been rumored, and now we’re finally seeing what the company known for its affordable but feature-packed smartphones has in mind. The OnePlus Band isn’t so much a smartwatch alternative as something to replace your Fitbit, with health-focused features and some aggressive pricing.

In the box you get a black strap, but OnePlus will have other straps into which the main tracker block can be slotted. Styles range from fairly sober, to more eye-catching dual color versions. 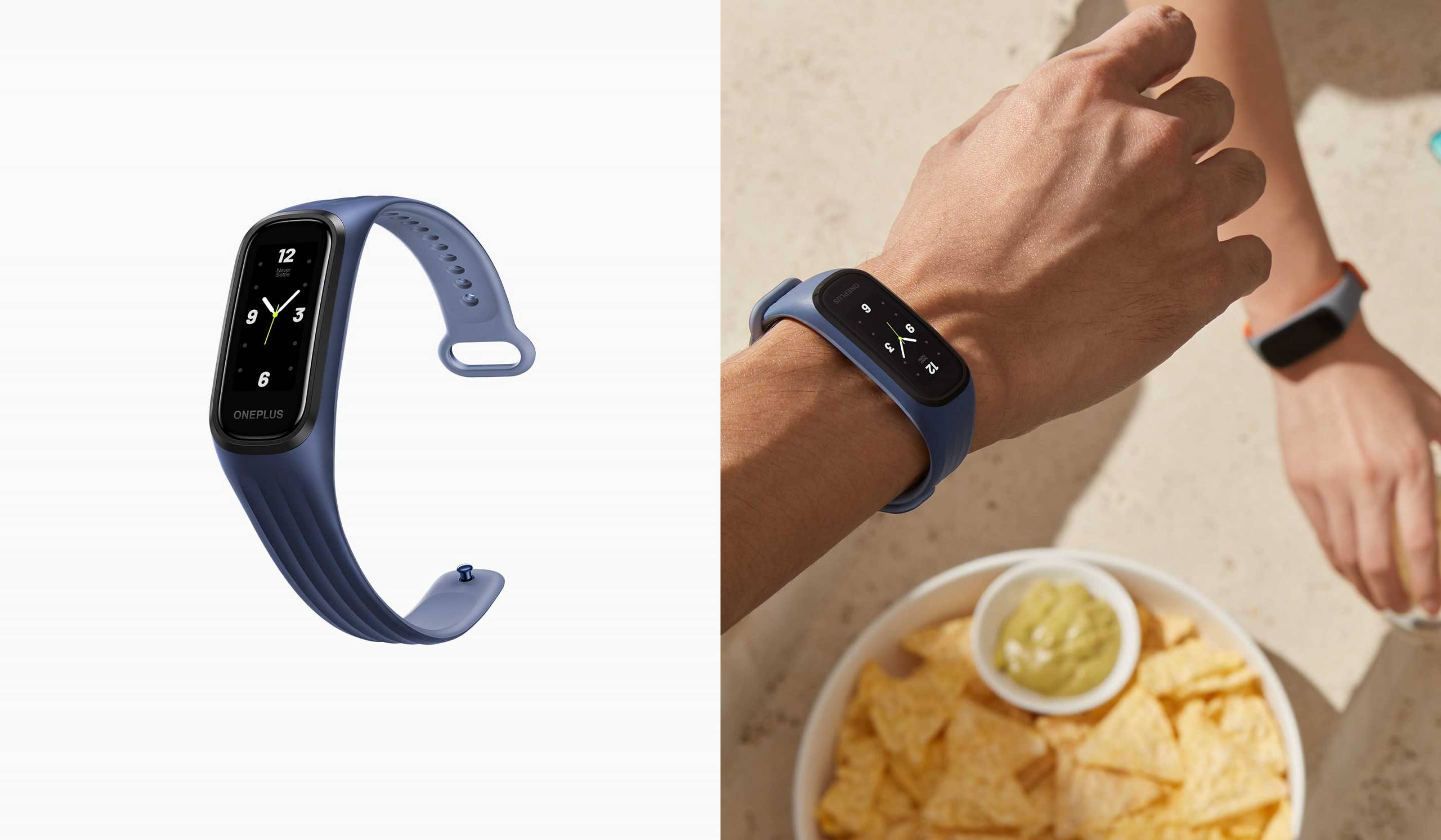 On the front is a 1.1-inch AMOLED touchscreen display. It’s narrow and tall, at 126 x 294 resolution, rather than square or circular like most smartwatches, but there’ll still be support for creating custom watch faces based on your own photos. Alternatively, there’ll be various different options preloaded on the OnePlus Band. 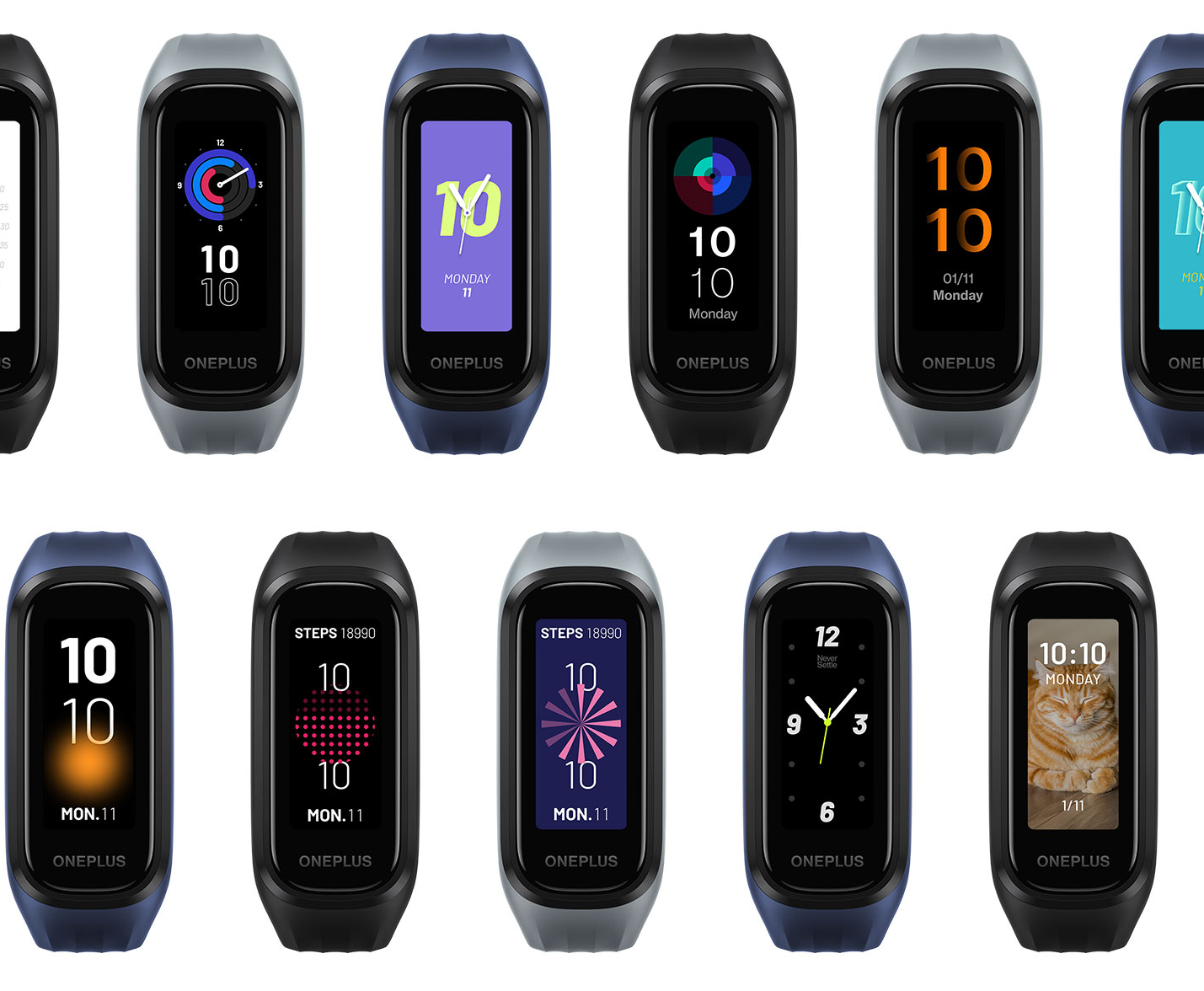 As for sensors, there’s a blood oxygen tracker which can be set to continuously track while you’re sleeping, or take impromptu measurements through the day such as when you work out. Along with SpO2, there’s also sleep tracking and real-time heart rate monitoring. OnePlus says the Band will alert you with a vibration if your pulse rate spikes unexpectedly.

Clearly, it’s fitness which is the OnePlus Band’s first priority. There’ll be 13 different exercise modes – spanning running and hiking, through yoga, fat-burn running, swimming, and even cricket – and it’s rated to 5ATM and IP68 so it can be in the water up to 50 meters fo 10 minutes. A charge of the 100 mAh battery lasts for up to 14 days of standby time, OnePlus says, including 24 hour heart rate monitoring. 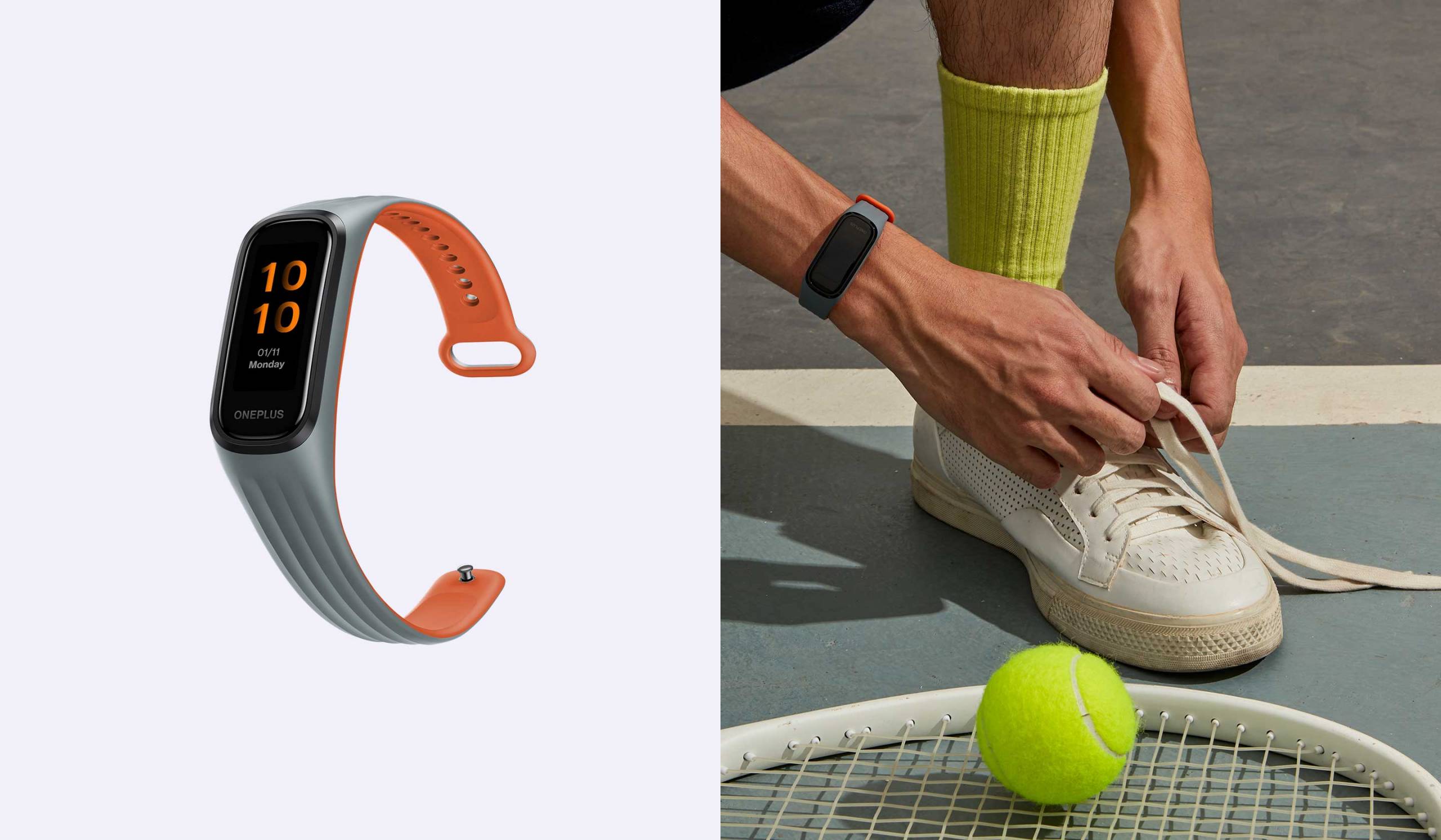 For apps and notifications, meanwhile, you get all the usual alerts and messages you’d expect from your Android phone, with the wearable connecting via Bluetooth 5.0. The OnePlus Band will also be able to control music playback remotely, and act as a camera remote control. All health metrics will be logged in the OnePlus Health app. 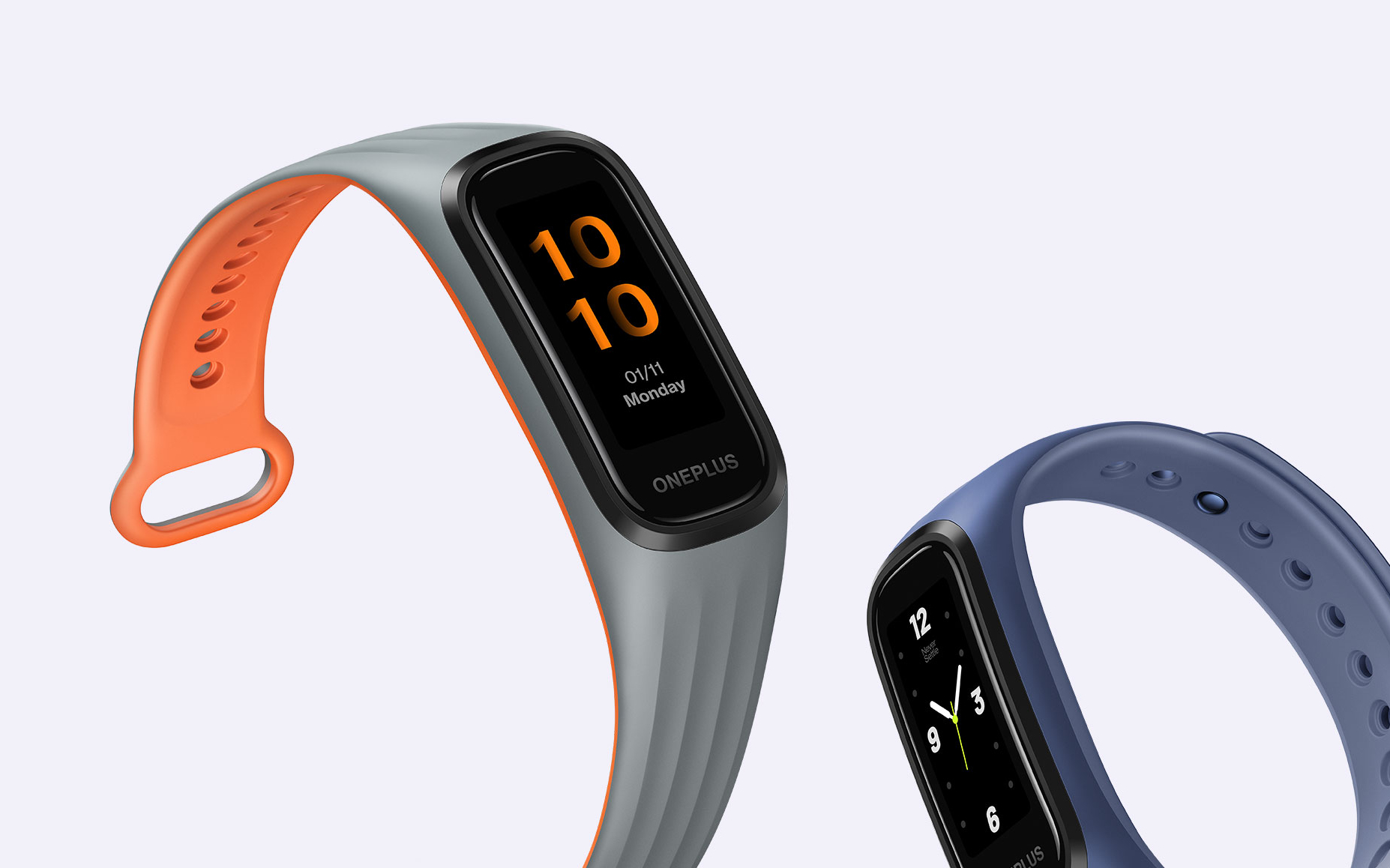 As we’re used to from OnePlus, pricing here is aggressive. The OnePlus Band will be just 2,499 Indian Rupees, or around $34, when it goes on sale soon. The downside is availability, at least if you’re in the US. Initially OnePlus will only be offering the fitness wearable in India. 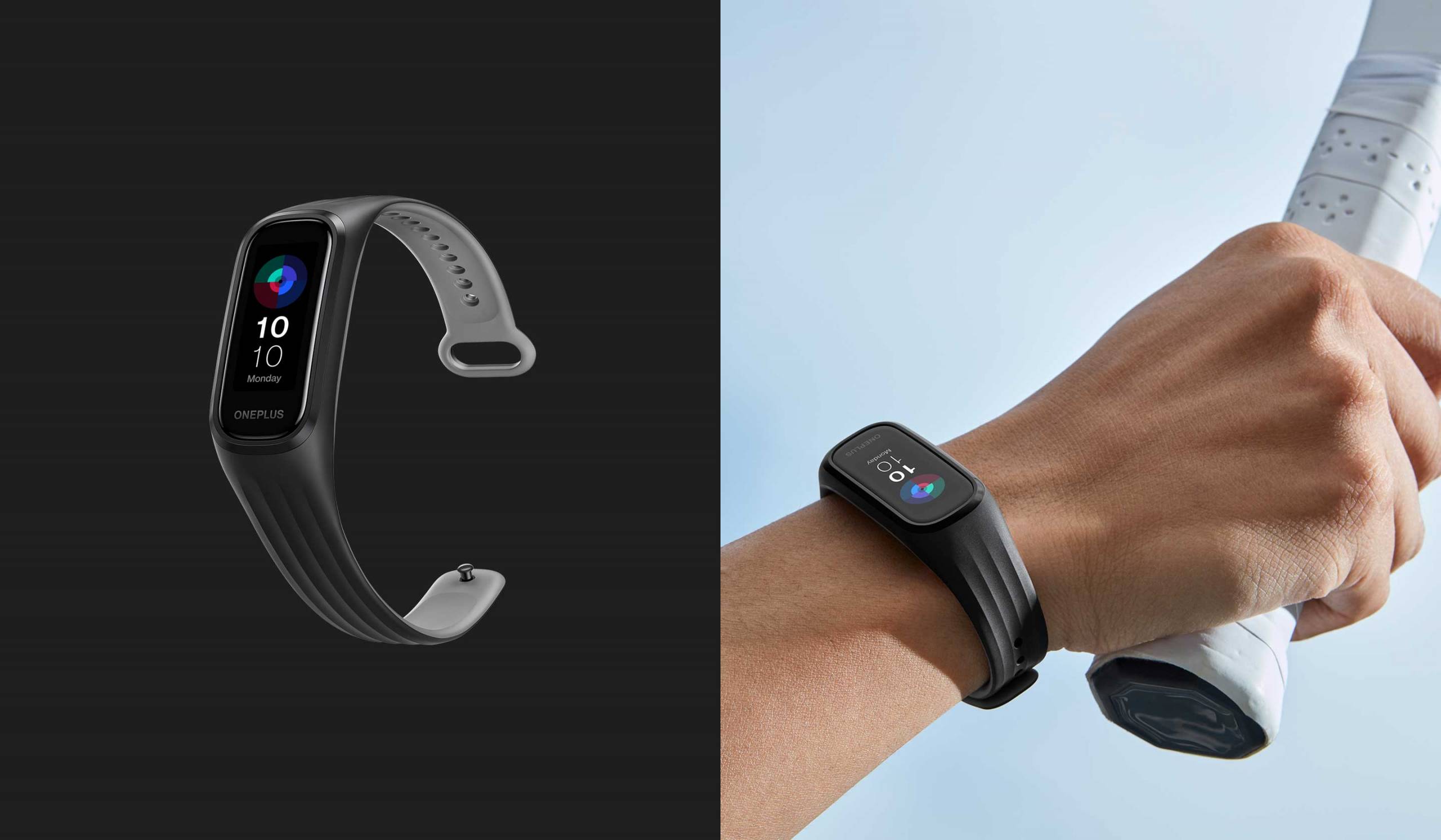 That could well change, of course. As we’ve seen before, the OnePlus Nord began as a more affordable smartphone range for outside of North America, but has subsequently spread to include the US. T-Mobile and Metro by T-Mobile will be offering both LTE and 5G versions of Nord devices this year.