A tip was sent this morning on the appearance of a OnePlus 5T with a special edition on its name. Star Wars: The Last Jedi is a month away at this point, and Lucasfilm hasn’t been stingy with access to their licensing rights for products of all sorts. OnePlus has been known to release special limited edition versions of their smartphones, too – remember the Colette OnPlus 3T, and the midnight black edition 3T, and the OnePlus 5 JCC+ release earlier this year.

The evidence comes from a series of code finds posted to XDA Developers (URL taken down – 404!) These code finds come from one anonymous contributor and one contributor by the name of Quinny899. In the code for OnePlus Oxygen OS, they found mentions aplenty of a new device.

While the outside of the device remains a mystery, the inside will have at least one movie-tied theme. It’ll be a lovely eye-searing red, not unlike the standard OnePlus brand red, and not unlike the most major color yet presented for Star Wars: The Last Jedi. It wouldn’t be a major surprise to find that the exterior of the phone also ended up red – or at least the accents. 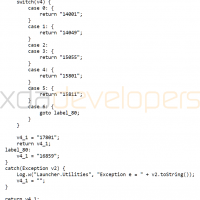 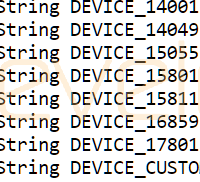 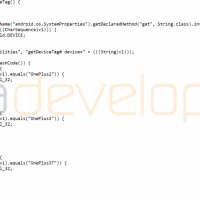 It’s also possible – however slightly less likely – that OnePlus put these codes in the OS to throw the press off the scent of some other sort of project. Maybe they’ve got a OnePlus 5T that’s a special edition cross-brand with Star Trek, instead? Maybe there is no OnePlus 5T at all, and OnePlus isn’t actually a brand at all?

This special edition Star Wars OnePlus 5T will likely appear after the event tomorrow afternoon. The event tomorrow will release news on the standard model OnePlus 5T at around 12PM (noon) Eastern Time or so. Stick around SlashGear for the full nine yards on whatever smartphones OnePlus reveals then!