The OnePlus 5 looks extremely similar to the iPhone 7 Plus – there’s no getting around it. It’s so extremely similar that it’d be difficult for people not intimately familiar with either to confuse one for the other – save the logos. What we’re looking at today is whether the OnePlus 5 is meant to compete with the iPhone 7 Plus for specs – or if it just happens to copy the look of the Apple smartphone because millions of people around the world buy their phone only because it looks the way it does.

The original release date of the iPhone 7 Plus was September of last year – that’s 2016. The iPhone generally comes out once a year, and generally during the same part of the year, so we wont expect a new model until September of this year. The iPhone 7 Plus is the larger of two iPhones from the same yearly release, the smaller coming with just one back-facing camera instead of two. 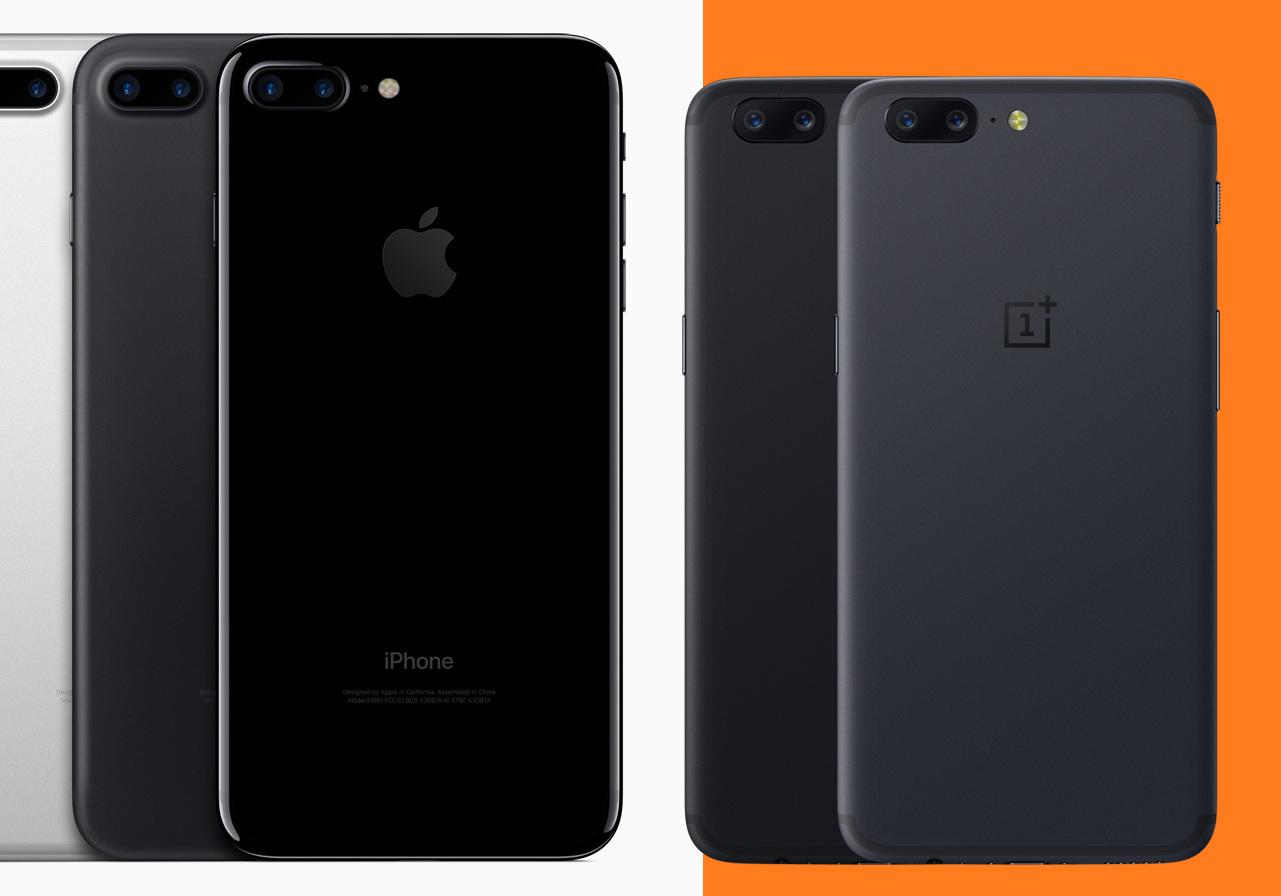 The OnePlus 5 has two back-facing cameras as well, and has a release date of June 2017, with pre-orders starting this week. While the iPhone 7 Plus pricing begins at $769, the OnePlus 5 starts at $479. That’s off-contract pricing for both devices.

SEE: Our iPhone 7 Plus Review

Neither device has a removable battery – the iPhone has a 2900mAh capacity, while the OnePlus 5 sports a battery capacity of 3300mAh. While the OnePlus 5 comes in Midnight Black and Slate Grey depending on the version, iPhone comes in Black, Jet Black, Silver, Gold, Rose Gold, and Red.

Both devices have a 5.5-inch display with 1080 x 1920 pixels across them – so they should, on one level, seem the same. Time will tell whether both devices remain color accurate, and which provides better battery life. Stay tuned for our full review for that. 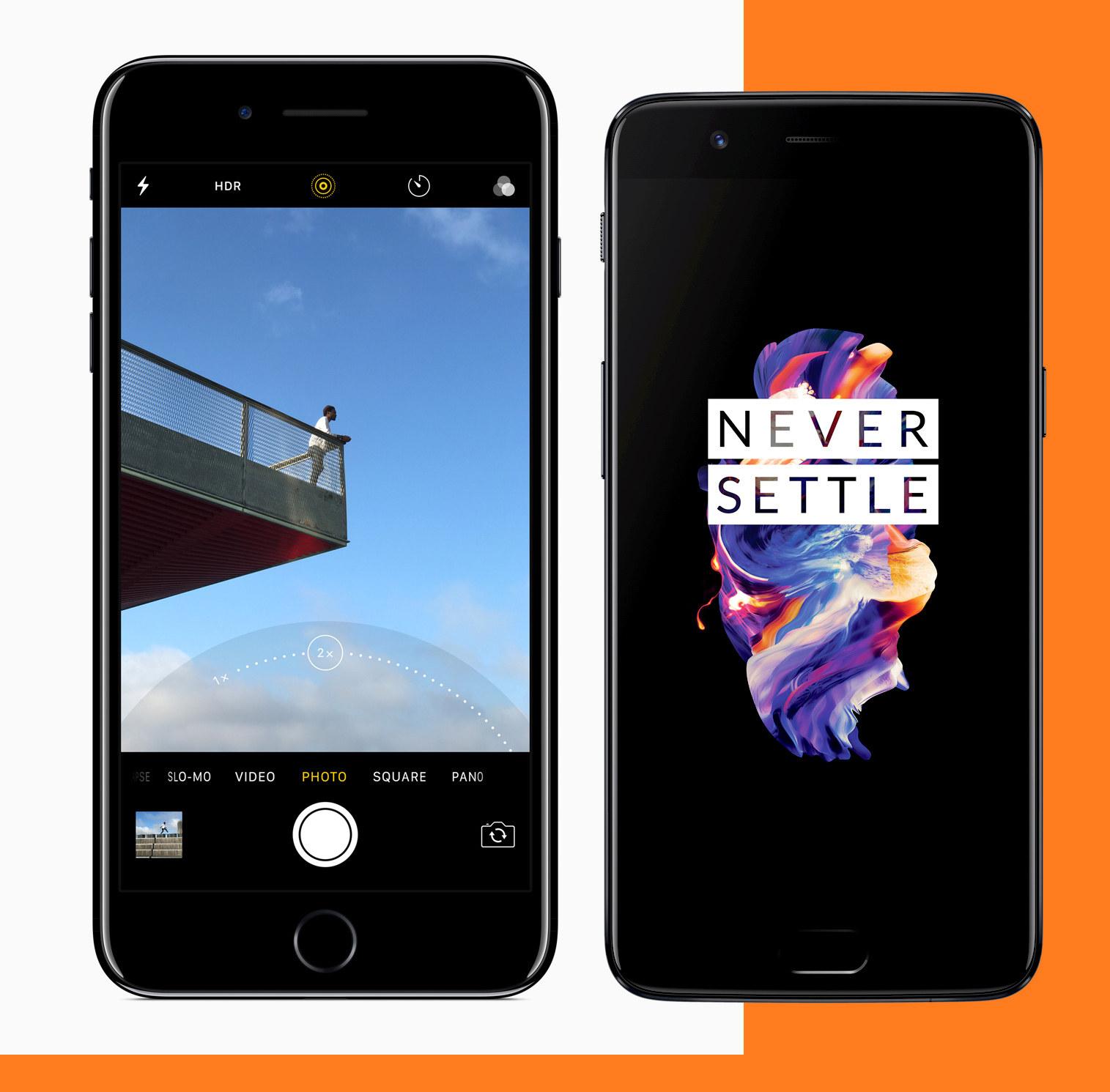 The iPhone’s dual-camera setup rolls with one 12-megapixel camera and one 7-MP. The OnePlus 5’s setup includes a 20-MP camera and a 16-MP camera. Again, we’ll have to wait and see which machine shoots the better photos and video.

Both devices have the same Wi-fi connectivity, GPS, Bluetooth, Nano-SIM card slot, GSM connectivity, and access to 3G and 4G LTE. Both have a compass and magnetometer, proximity sensor, accelerometer, ambient light sensor, and gyroscope.

Will one of these devices compete with the other? On a very basic level, yes. In the real world though, there’s little chance choosing between these two devices would lead either an Android fan or an iOS fan to choose the other operating system.