Tomorrow Samsung has an event scheduled where we will, more than likely, see the next major foldable smartphones from the brand. OnePlus released a teaser for something today with a time and date that matches the start of the Samsung event. Given the relative lack of a lead-up with teasers and/or rumors and/or leaks of a device such as this, it seems likely OnePlus has something relatively simple planned, rather than a full-blown dual-screen smartphone ready for release.

If we’re looking for clues for a dual-screen device the likes of which OnePlus has not previewed before, we can find one major clue in an OPPO patent. They describe a detachable display mechanism on April 5, 2021 in China. As shown by IT Home, this patent shows two parts for one device. The one is the “display end”, the other is the “host end.” 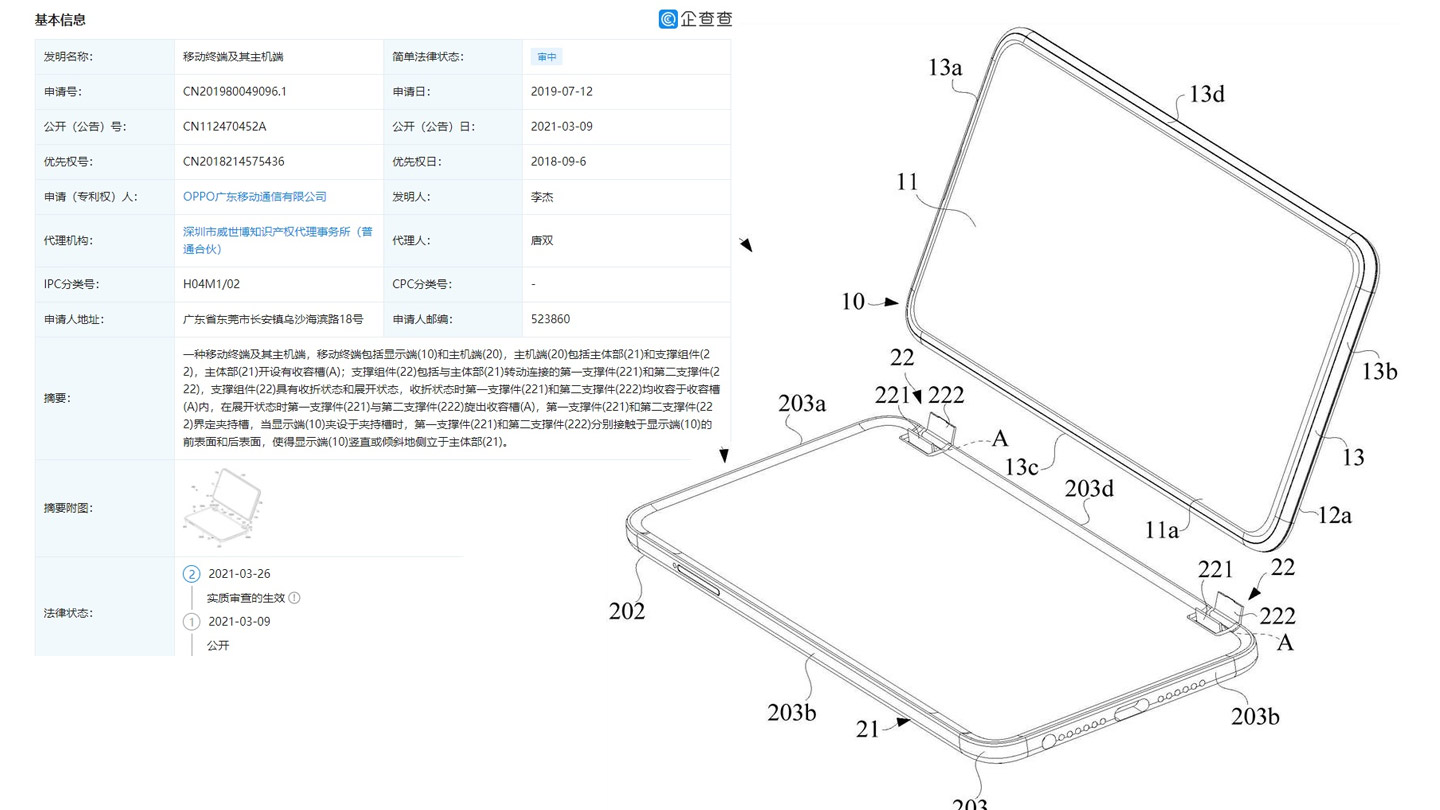 It would appear in the patent that the left side would be the host side, while the right side would be the secondary display. Something like this could be a match for what we’re seeing previewed here by OnePlus. OnePlus and OPPO are, after all, merged for real.

Releasing a device like this would be a bit more fun than doing what OnePlus has done in the past with “T” devices after the standard numbers earlier in each given year. OnePlus 9T may have been cancelled, according to recent leaks. Imagine OnePlus releasing a sneak peek at a dual-display OnePlus 9-like device instead, with a proposed price that undercuts Samsung’s foldable devices by a considerable amount… but in reality, this is just about the PR. 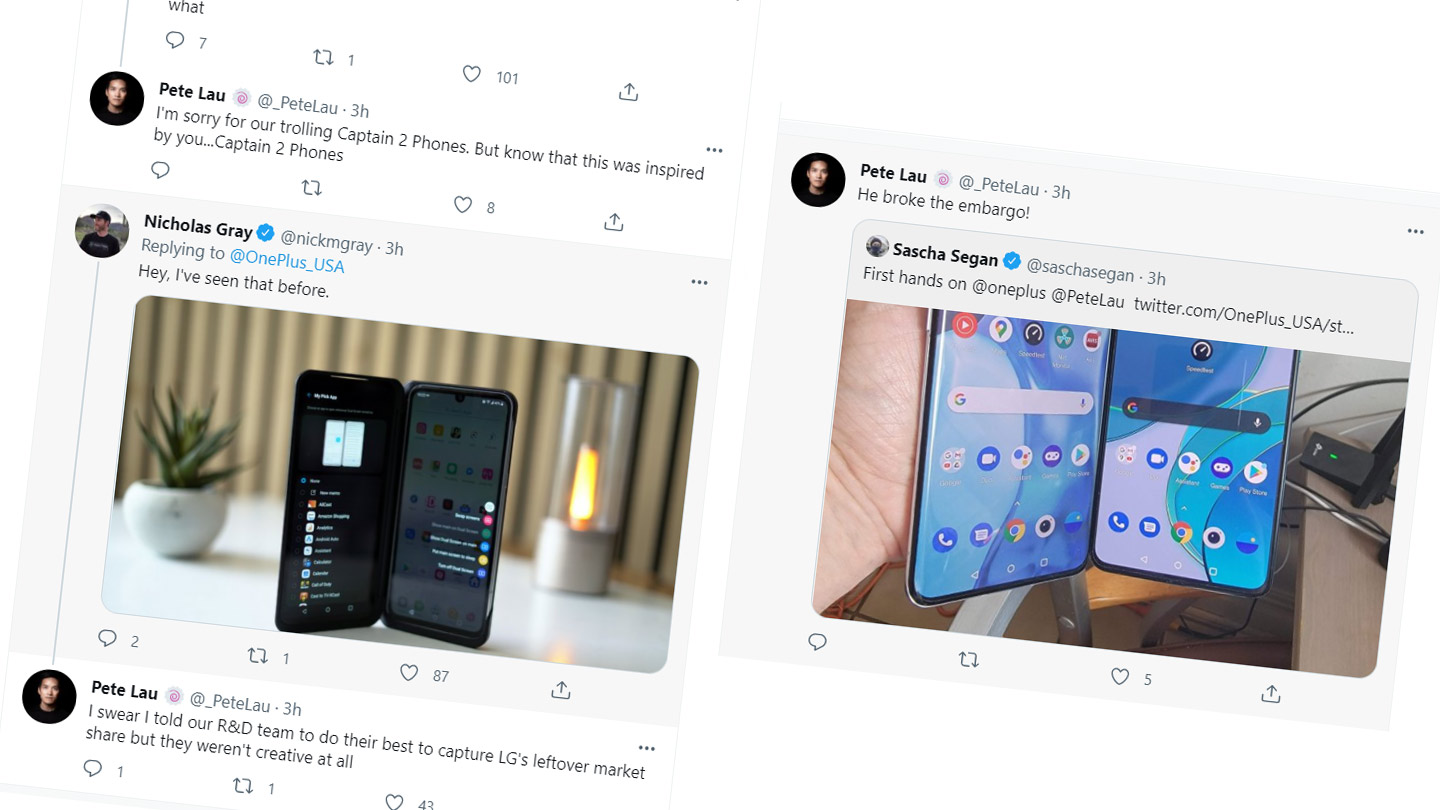 OnePlus’s Pete Lau commented on a reply to the original social media post on Twitter. “It’s literally a joke to get PR value? You think we don’t know the exact date and time our competitors are releasing phones and casually put a “Galaxy” video on the displays?”

Lau also confirmed: “I swear I told our R&D team to do their best to capture LG’s leftover market share but they weren’t creative at all.” Lau also used the word “trolling” in comments with other social media users – so pack it up! Either it’s just a troll PR move or it’s a crafty opportunity to double-fake-out the public and they actually DO have a device – in either case, well done.