Omate TrueSmart smartwatch quickly takes Kickstarter: why this one is different

The team of developers and engineers behind Omate are aiming to bring a device by the name of Omate TrueSmart to the public in the form of a smartwatch that runs Android. Over the past few months – and years, even – there’s been an increased bit of attention set on wearable devices such as these, with (as any early adopter will tell you) a barrage of devices appearing that certainly did not make the cut for long-lasting usability. Here in what may be the second wave of very user-friendly devices we see Omate, bringing a dual-core processor attached to Android on a watch that can – but doesn’t need to – attach to your smartphone wirelessly.

It’s also carrying just 4GB of internal storage (though you do have a microSD card slot for 32GB more, if you wish. 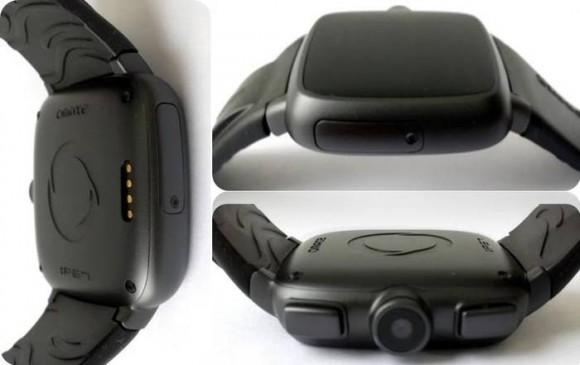 What you’ve got here is what very much appears to be a well balanced entry into the market of smart wearables, the group responsible for creating this TrueSmart device showing they’ve got their hand on the pulse of the Android community with a launch set to take advantage of the near-newest operating system Android 4.2.2 Jelly Bean.

Inside the Omate TrueSmart smartwatch you’ve also got A-GPS, and FM tuner for radio, Wi-fi connectivity, accelerometer, magnetometer, and vibration feedback. This device also has an external speaker – unlike some recent smartwatch deliverables, and the back panel is removable to access the microSD card slot and a removable battery. And that knob on the side of the watch? That’s a 5-megapixel camera.

UPDATE: It would appear that the removable battery feature has now been replaced by a battery that’s powered with a dock with metal contacts that appear at the bottom of the watch. This design may also change again before it’s a final product.

You’ll be working with a mic for voice control, connectivity with your smartphone for text messaging and voice calling, and independent 3G connectivity* if you wish. There’s a microSIM card slot along the side of the watch as well – and the whole unit is water-resistant, too.

At the moment, this device is not a market-ready unit. It’s part of a KickStarter that’s already got nearly 40% of its goal less than a day into its allotted 30 day backer timeframe. You’ll find this watch breaking that barrier well before that set of weeks is done, rest assured.