Chevrolet has confirmed official pricing for the 2020 Corvette Stingray C8, and the 194 mph sports car is likely to raise more than a few eyebrows at how affordable it is. Revealed earlier this year, the first mid-engined Corvette will start from under $60k, Chevy has said today, in addition to detailing the various trims and packages that the new Stingray will be offered with.

It’s one of the final parts in a series of questions around the car, given the Corvette’s history in Chevrolet’s line-up. The nameplate has always stood for attainable performance, but fans were concerned that this switch to a whole new platform and a new engine location could change that part of the equation. Turns out, they needn’t have worried.

The 2020 Corvette Stingray 1LT will start at $59,995, Chevrolet has confirmed, including $1,095 destination. That will get the 6.2-liter V8 engine with 490 horsepower and 465 lb-ft of torque. Chevy pairs that with an 8-speed dual-clutch transmission with paddle-shifters as standard; there’s no manual option in the new ‘Vette.

That supports both Apple CarPlay and Android Auto, and there’s NFC for one-tap pairing of an Android phone. Power windows, LED lights, and keyless entry with push-button start are also standard on the 1LT trim.

Next up is the 2020 Corvette Stingray 2LT, which will start at $67,295 including destination. That adds a color head-up display, power lumbar and wing adjustment on the seats, along with heating and ventilation for the seats, plus a heated steering wheel. There’s a 14-speaker Bose Performance Series audio system and navigation, along with wireless phone charging, a rear camera mirror, and seat memory.

The front gets a spoiler lip camera, to help you avoid curbing the front of the car, and there are power folding mirrors, blind-spot warnings, and rear cross traffic alerts. Chevy also throws in its Performance Data Recorder, which acts as a track day camera and metrics log.

Finally, there’s the 2020 Corvette Stingray 3LT. That starts at $71,949 including destination, and adds Chevrolet’s GT2 seats with Napa and Mulan leather along with carbon fiber trim. The cabin is leather-wrapped, too, with suede upper interior trim and leather on the door panels. 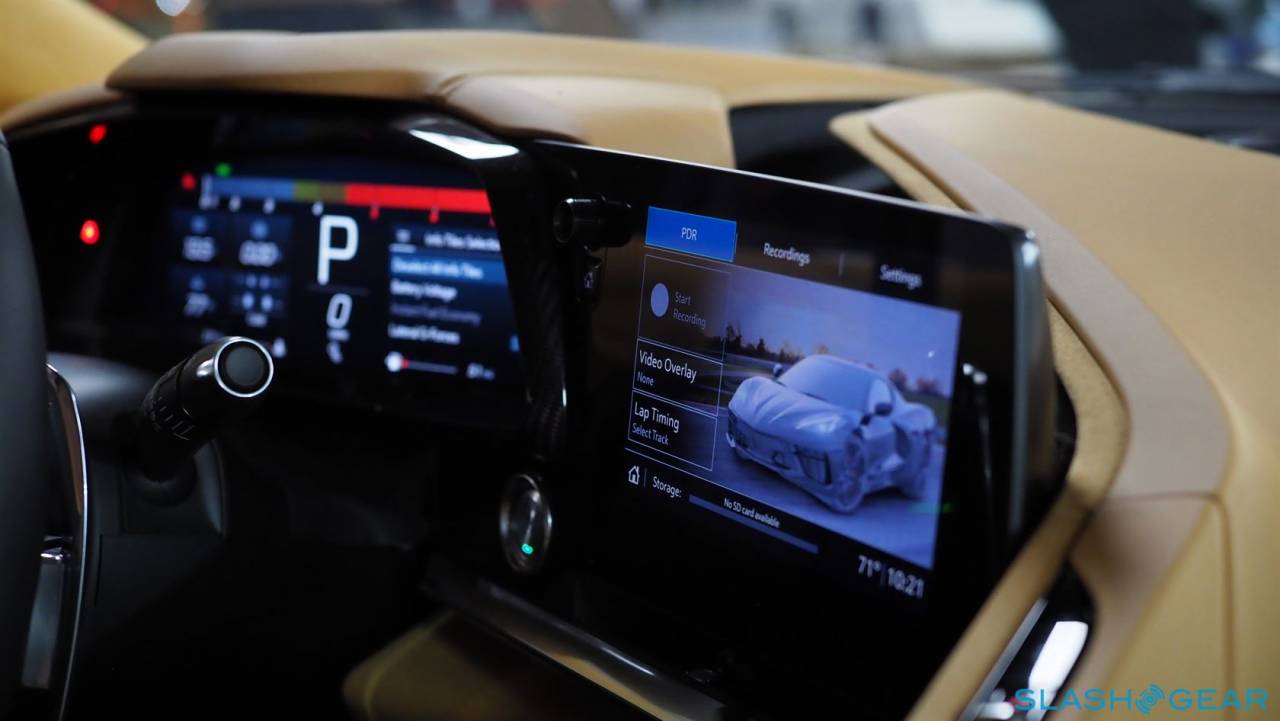 All three core trims can be combined with a number of packages, most notably the Z51 Performance Package. That’s priced at $5,000, and – among other things – cuts the 0-60 mph time to under 3 seconds, a near-1s saving over the car normally.

The performance exhaust is available as a standalone $1,195 option, taking horsepower to 495 hp and torque to 470 lb-ft. At the other end of the speed scale, the front suspension lift system will be $1,495 on the 2LT and 3LT trims. That not only allows the driver to raise the front of the new Corvette to avoid scratching the nose, but can store up to 1,000 locations via GPS to automatically raise and lower the car the next time you’re there.

Other choices on the order form will include twelve exterior colors and six interior color themes, together with six seat belt colors, two optional stitch packages, and three seats, ranging from comfort through to track-specials. 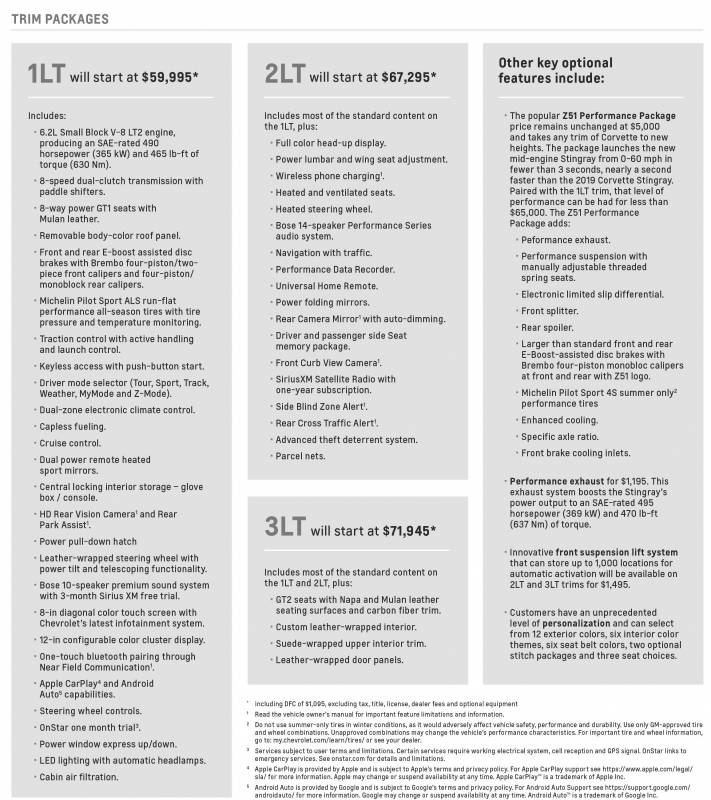 All in all, it’s highly competitive pricing for a car many expected to spiral up past $70k given the switch to mid-engine. Instead, the 2020 Corvette’s starting price rises by less than $4,100. Our last big question is just how well the new Stingray C8 holds up on the road and the track, but that will have to wait until a little closer to production kicking off later in 2019.