Oculus Touch: up close with the next-gen VR controller

Today Oculus announced Oculus Touch, a set of wireless controllers that allow the user to see gestures and movement in virtual reality. While the latest software for Oculus Rift did include visions of virtual reality hands, Oculus suggested today that they needed to go a step further. Beginning their special Oculus Rift event out with word that the headset would ship with an Xbox One controller, they went on to show a couple of hand-held joysticks with halos around them. This is the controller setup that’ll usher in the future, so they suggest.

“I’ve seen thousands of people inside the rift now, I’ve given thousands of demos,” said Oculus Rift founder Palmer Luckey, “an one of the first things that people do – is, they reach out, into this virtual reality world. It’s something entirely new to them. And it’s a natural reaction to something they’ve never experienced before.”

“We wanted to create an input device that actually lets people reach out.” 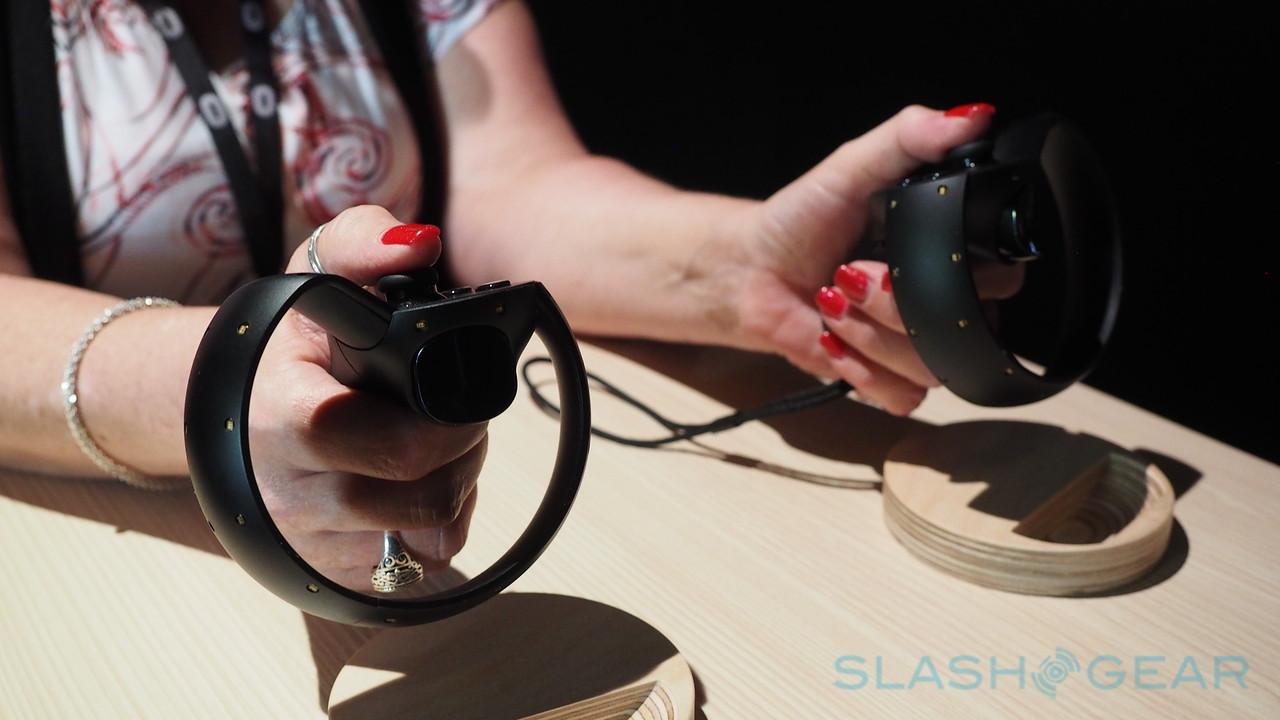 This is Oculus Touch.

A pair of controllers that work with Oculus Rift, allowing people to reach out and touch their virtual reality world.

Oculus Touch works with the following elements. These are the essentials for this controller setup:

• Two controllers, one for each hand.
• Mirror images of each other, like your hands.
• Wireless.
• Integrated high-precision, low latency 360-degree tracking, mirroring the tracking in the Oculus Rift headset.
• Matrix of sensors inside the controller sensing a variety of hand gestures – pointing, high-fiving, or giving a thumbs-up.
• Standard buttons, triggers, and joysticks.

“Buttons and analog sticks are still around for a good reason,” said Luckey, “those types of inputs are not going anywhere.”

• Finger Trigger
• Hand Trigger
• A and B buttons
• Joystick 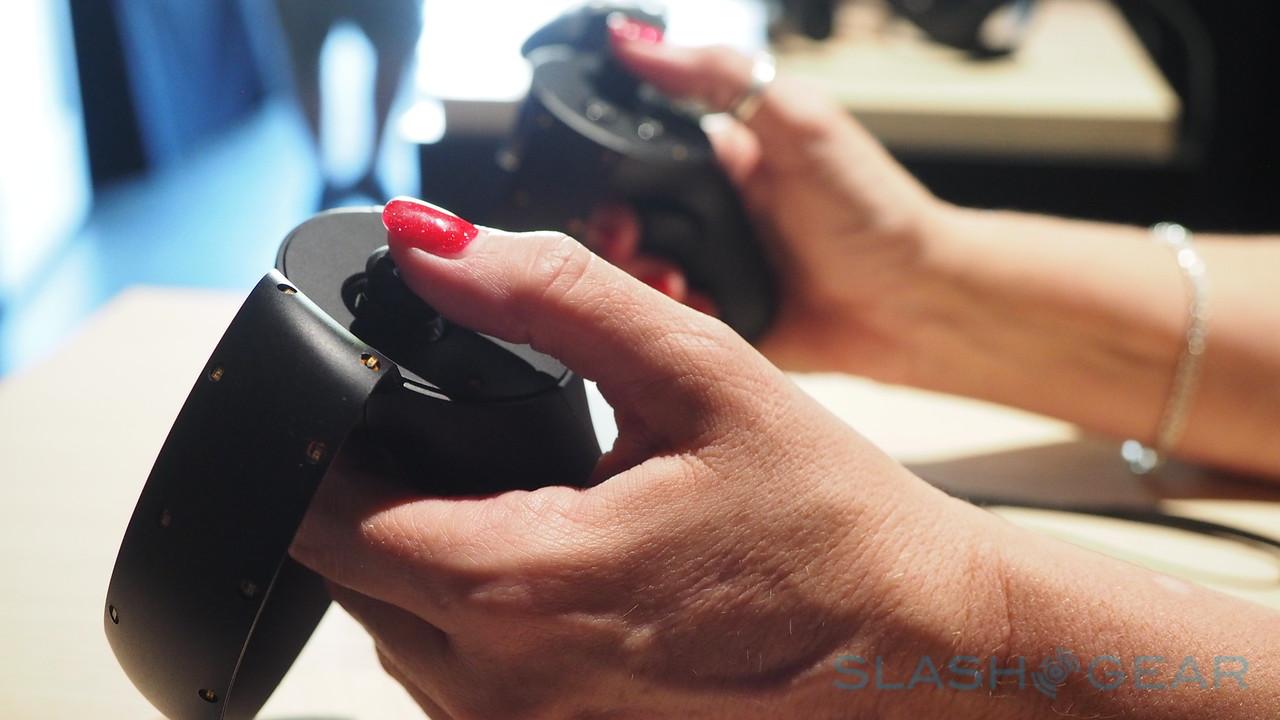 These controllers go by codename “Half Moon,” as the hardware that surrounds the knuckle half-moons around. Along the whole of the device you’ll see these tiny sensors that’ll allow control in a manner similar to the Oculus Rift headset.

“Precise manipulation of virtual entities is essential,” said Luckey, giving an example in a handgun – picking up the gun, firing it, and dropping it – that’s what the Oculus crew wanted to be able to do. 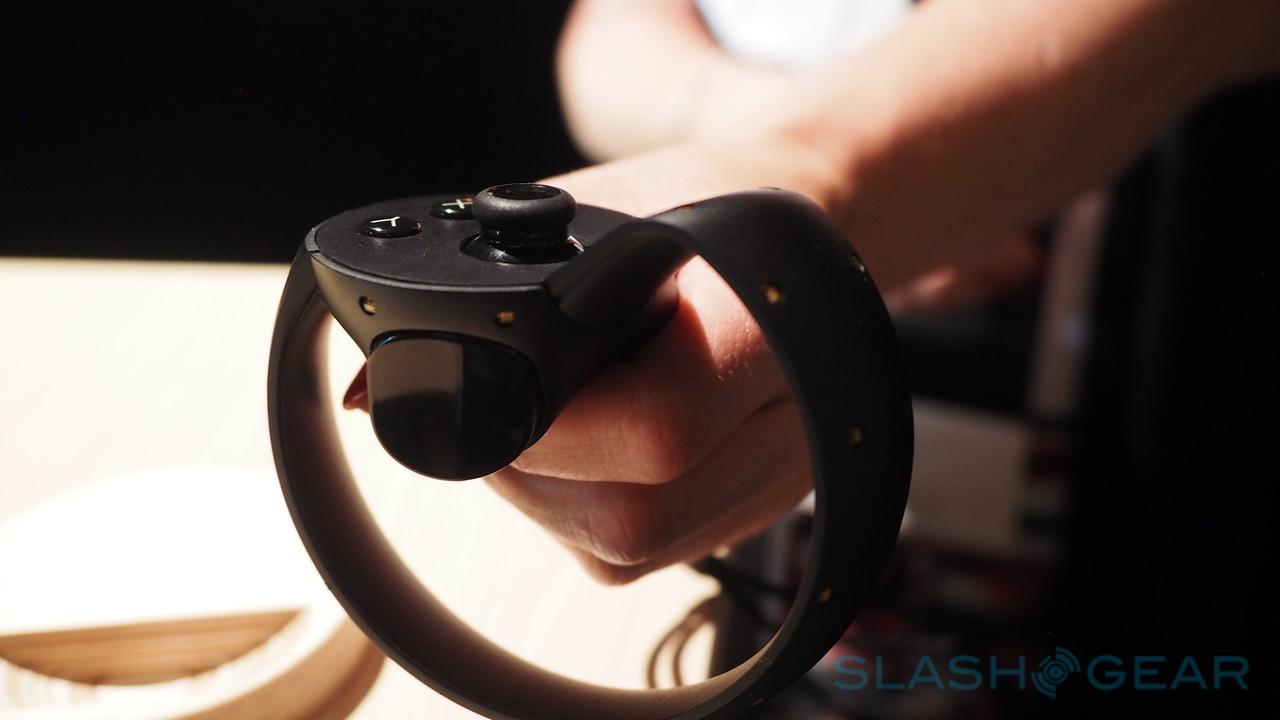 These controls won’t be shipped with the Oculus Rift’s basic package. It’s possible they’ll be ready for Q1 2016, but Oculus has not yet confirmed such a thing.

For now we can tell you that they’re very light – just heavy enough to give you some heft without being so light as to feel like they’re going to bust in your hand. They’re comfortable to hold – though we’ll be interested to see what Oculus does for people with especially large or small hands.

And we’ll just have to wait and see. We’d bet these controllers are delivered to developers soon. Sooner than to the public, without a doubt.

Below you’ll see an additional gallery of images of the Oculus Touch. If you have any questions about what we saw and experienced that have not been answered here, by all means, let us know! 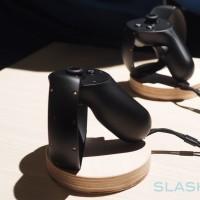 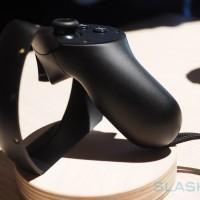 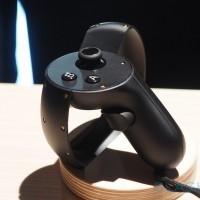 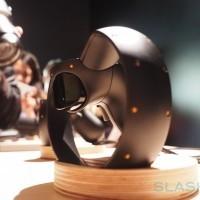 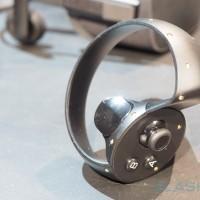 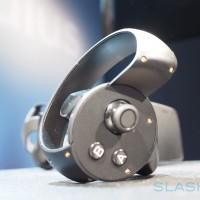 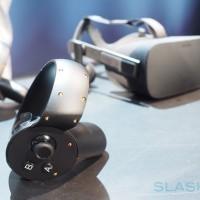 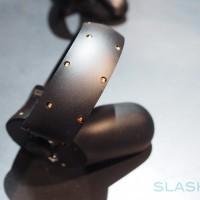 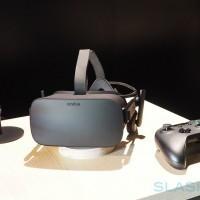 Have a peek at our Oculus portal for more – we’ll be watching this one closely!