NVIDIA stacks screens for high-res wearables on a budget

Sandwiching several cheap LCDs together to fudge a higher resolution version could be the secret to making cheap head-mounted displays, NVIDIA researchers are suggesting, taking an unusual approach to competing in the pixel density race. While Samsung, LG Display and others have been pushing development of high-resolution screens for wearables like Oculus Rift, where smoother quality makes for a more realistic, immersive experience, NVIDIA’s strategy is to chase the same goal only with much cheaper parts, potentially pushing chips like the Tegra K1 in the process.

The company’s researchers call it “cascaded displays” and it’s basically a case of taking two or more LCD panels and combining them with a slight offset.

Since the pixels themselves are close to being transparent, you can actually see the underlying layers through them. NVIDIA took two 7-inch, 1280 x 800 LCDs and stripped the backlight from one of them, putting it on top of the second with a quarter-pixel offset. 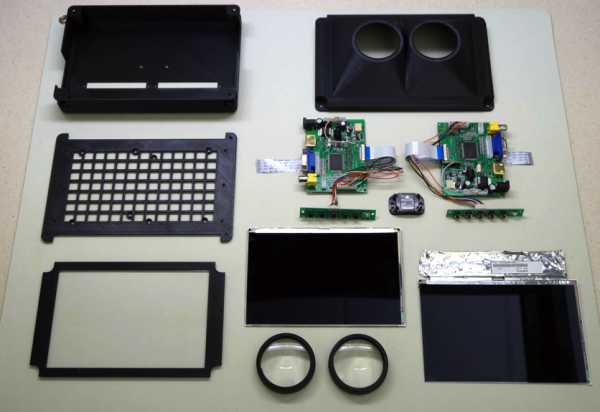 From then on – with the exception of a film in-between to handle polarization clashes – the magic is all in software. By flicking the pixels on the front panel on and off, NVIDIA can reveal or hide clusters of four pixels behind them, and with the right software drivers, the company gets quadruple the resolution and thus a big step up in detail.

The downside is a decrease in brightness, since you’re putting more in the way of the backlight. That could potentially be addressed with a stronger backlight panel, of course, though for HMD like Rift or Sony’s Project Morpheus outright brightness is less of an issue.

NVIDIA’s offbeat approach is another example of the company looking to computational methods of delivering a better hardware experience rather than opting for more expensive parts. The DirectStylus 2 feature of the new SHIELD Tablet is another example of how that can work in practice, mimicking the accuracy and pressure-sensitivity of a costly active digitizer by instead relying on real-time processing in a Tegra K1 chipset. 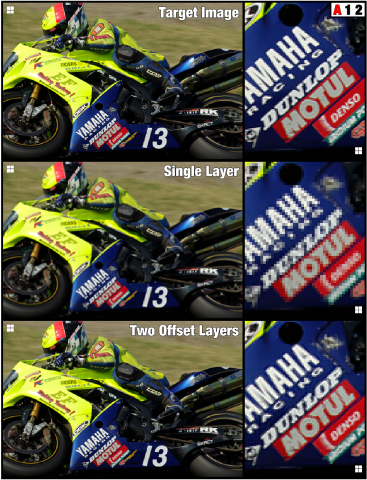 That demands a powerful chip, but is likely still cheaper as a whole than specifying an Ultra HD screen in a head-mounted display.

NVIDIA’s prototype – 3D printed, naturally – is still aimed at testing, and there’s no word on when or even if it will be developing the cascaded display technology for commercial applications. Still, as the company looks for ways to demonstrate the worth of an increasingly powerful mobile processor, this could be one route to making HMDs that aren’t reliant on a gaming PC. NVIDIA SHIELD Visor, anybody?