Integrated with NVIDIA’s upcoming handheld gaming device SHIELD, Parrot’s AR.Drone 2.0 brings on a rather unique set of abilities. Here with the final release iteration of SHIELD, we’ve gotten the opportunity to take the AR.Drone 2.0 out for a spin – again. While we’ve seen this device combo in action before, and even got the opportunity to take a look at it with Google Glass on to boot, here we’re taking a bit of a different approach.

We’re taking the time this week to show you our initial impressions of NVIDIA’s SHIELD. While we’ll be giving this device a full review soon, at the moment it’s all about the basics. 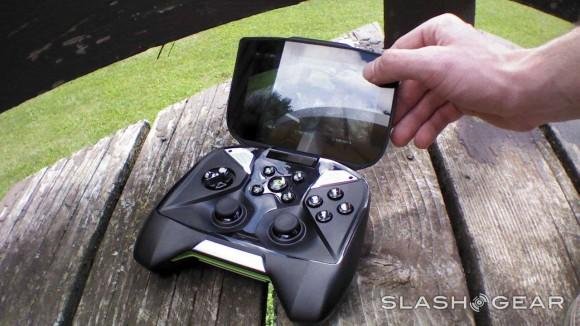 The basics in this case include a flight of an AR.Drone 2.0. You’ll see here how excellent it is to be piloting this Parrot machine with an up-close vision of what the drone sees, straight from the controller that’s controlling it.

The video you’re seeing above shows several angles on this flight. The first main view that covers most of the screen is filmed with a Samsung Galaxy Camera and shows the machine in flight from afar. The second view in the lower-right is a recording taken by the AR.Drone 2.0 itself, straight from its built-in 720p video camera. 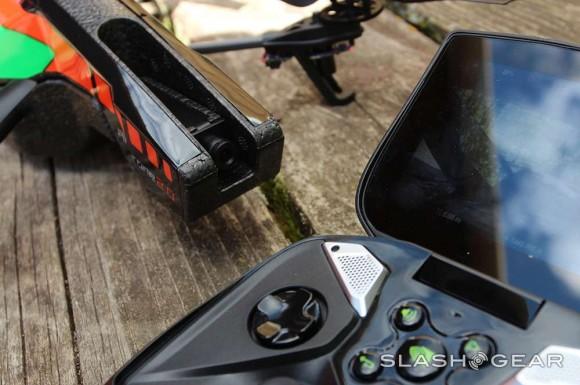 The third angle is recorded with a Canon EOS Rebel T3i and shows a face-on view of SHIELD. There you’ll see the physical controls being utilized as well as the same video as recorded by the drone (with some ever-so-slight choppiness in its journey from the drone to the Android-based UI). 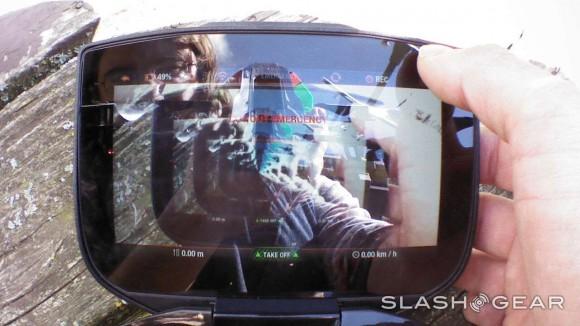 A rather important note to make for those of you wondering what kind of conditions would result in such wild flight action is this: it was really, really windy when this set of videos was recorded. I mean really, super windy. 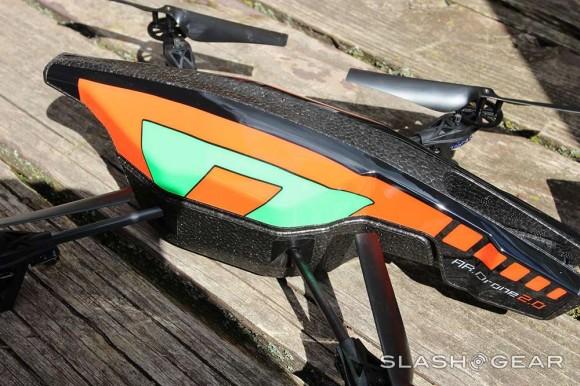 The AR.Drone 2.0 is working with its outdoor setup here – that is the basic topper rather than the four-circle indoor setup you see most often out in the wild. It should also be noted that yes, indeed, the end of the video does match up with the moment the drone crashed into the swingset in the distance. 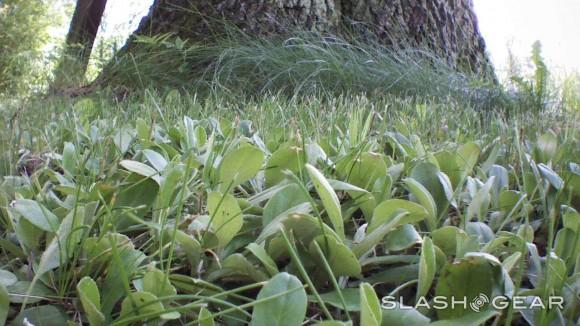 With physical controls and both SHIELD and the AR.Drone 2.0’s abilities to connect over relatively long distances with Wi-Fi signals (we’ve yet to be brave enough to fly the machine outside it’s range), this setup appears bound to be a rather high selling point for both parties. It’s not going to be a cheap adventure at just under $300 USD for each device, but the end result is an experience really unlike anything else on the market right this minute.