The NVIDIA GeForce RTX 3070 was released to a wary consumer public in late 2020. Here it was, the least expensive of the RTX 30 graphics cards from NVIDIA, ready to roll with power that out-performed its predecessors in almost every way, available at approximately $500 USD. The “wary” part comes thanks to supply issues with other RTX cards this year, issues that messed with the minds and pocketbooks of potential users that, now, might be relying on the RTX 3070 to fill the void left for them after the hype of the reveal and the subsequent failure to meet demand.

The $500 price point is the key, here. Normally we’d be looking at several tiers of graphic cards from the same family, one more powerful than the next for a few hundred dollars more per tier. In 2020, availability seems to be a very real factor in the decision-making process for gamers looking for new graphics cards.

There’s good news here because the NVIDIA GeForce RTX 3070 out-performs comparable NVIDIA graphics cards by a significant margin. If you’re looking at comparing the RTX 3070 to one of its most direct predecessors, RTX 2070 Super, you’ll find two cards with the same price and some obvious feature boosts and improvements. 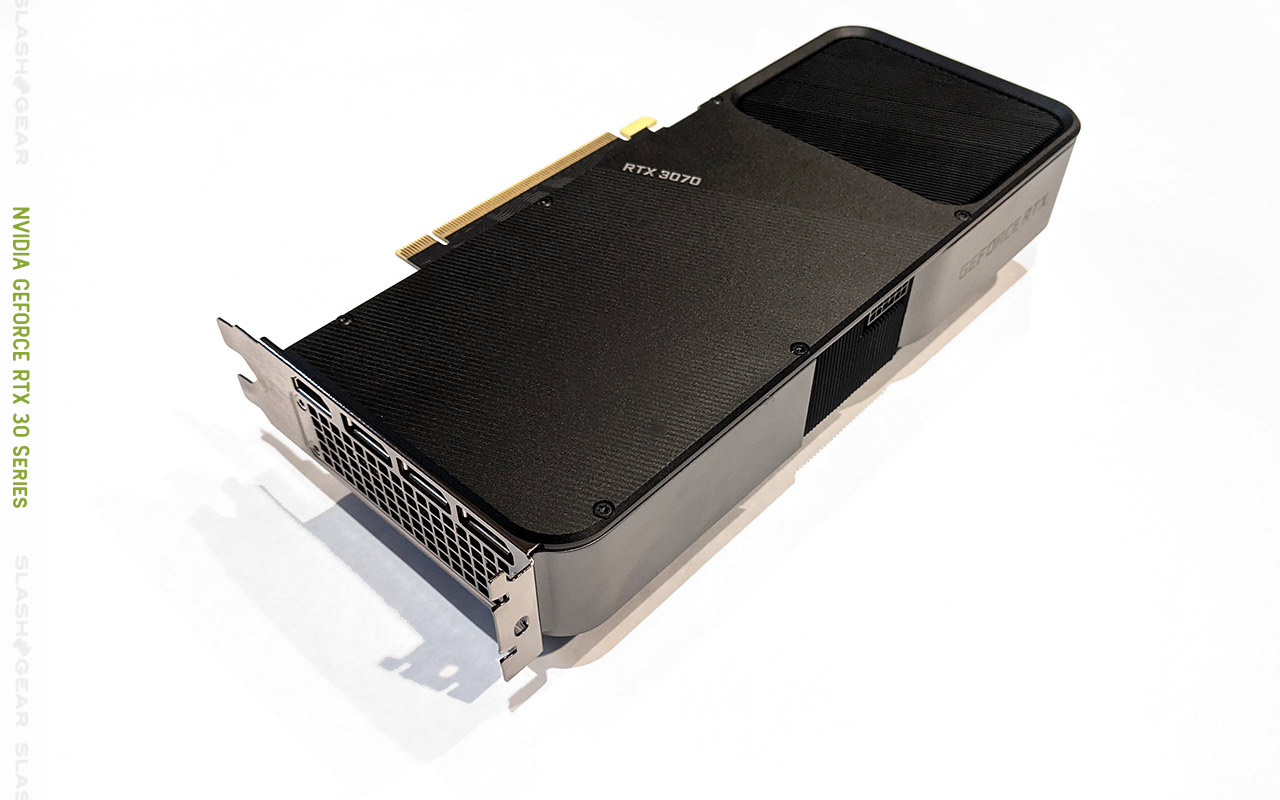 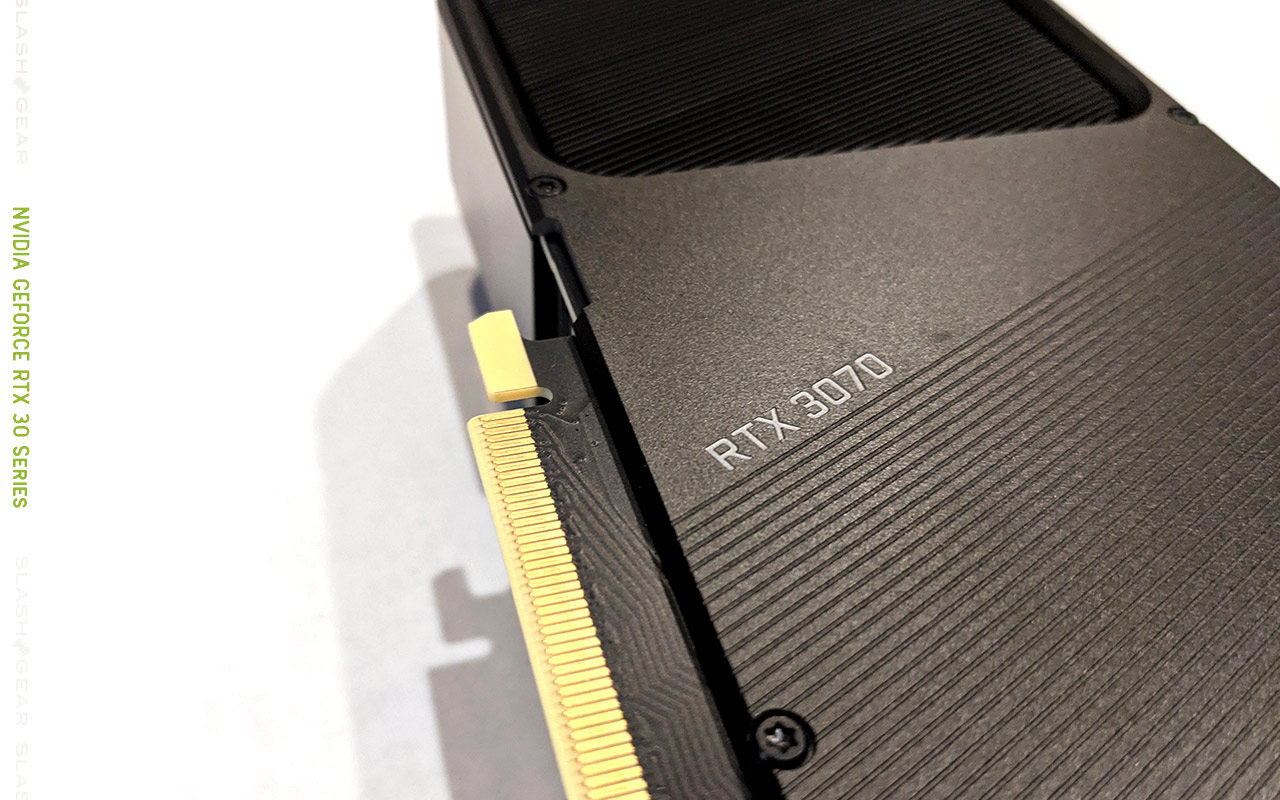 Even before considering benchmark performance, the next-gen features included with the RTX 3070 beat the RTX 2070 Super. If the price were significantly different, there’d be more reason to drive home the value-per-dollar here – but they’re the same price.

Above you’ll see the important specifications for the NVIDIA GeForce RTX 3070. This card is very similar to the RTX 3080 in physical size and has the ability to perform at a level that’s significantly better than last year’s cards, just under what’s possible with the RTX 3080 in 2020. 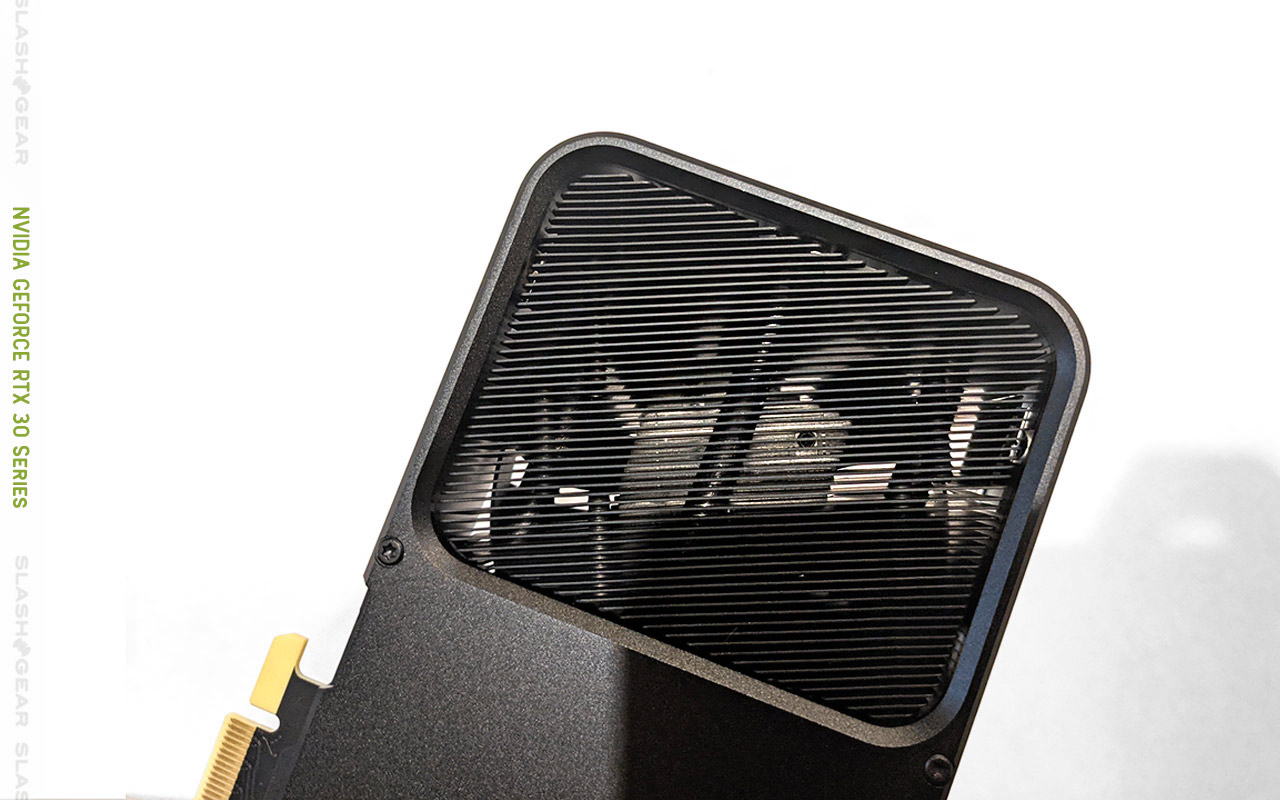 Unlike the 3080, the RTX 3070 has both fans facing the same side. You’ll still want to leave room (if at all possible) for airflow as the RTX 3070 still works with a fan system that moves air through, not just in or out. Here you’ll see the back of card – notice how you can see the fan through the vents.

You’ll be using the new 12-pin power port here, and the Founders Edition includes a 2x 8-pin converter to make this process as simple for you as possible. 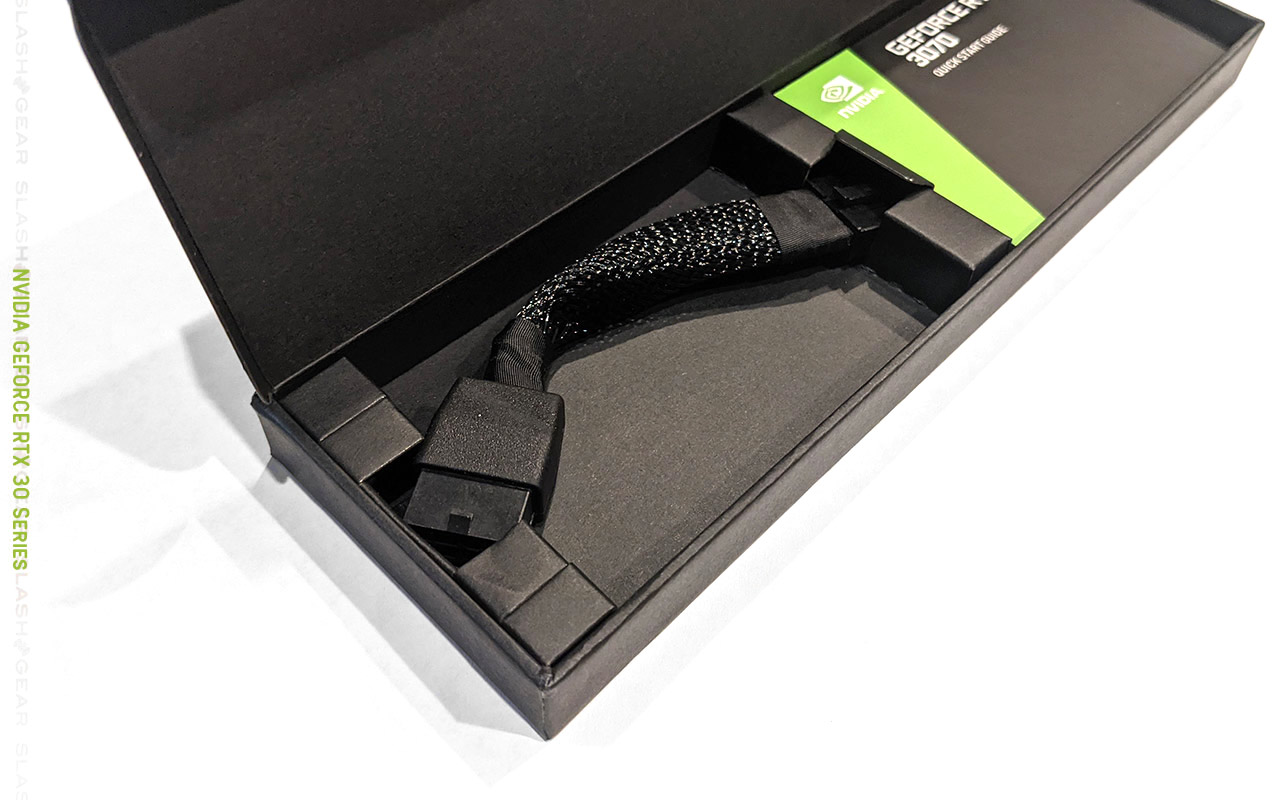 We ran a collection of benchmark tests with the NVIDIA GeForce RTX 3070 Founders Edition which you’ll find documented below. With 3DMark tests it was obvious the space this graphics card carved for itself between the GeForce RTX 2080 Super and the RTX 3080. 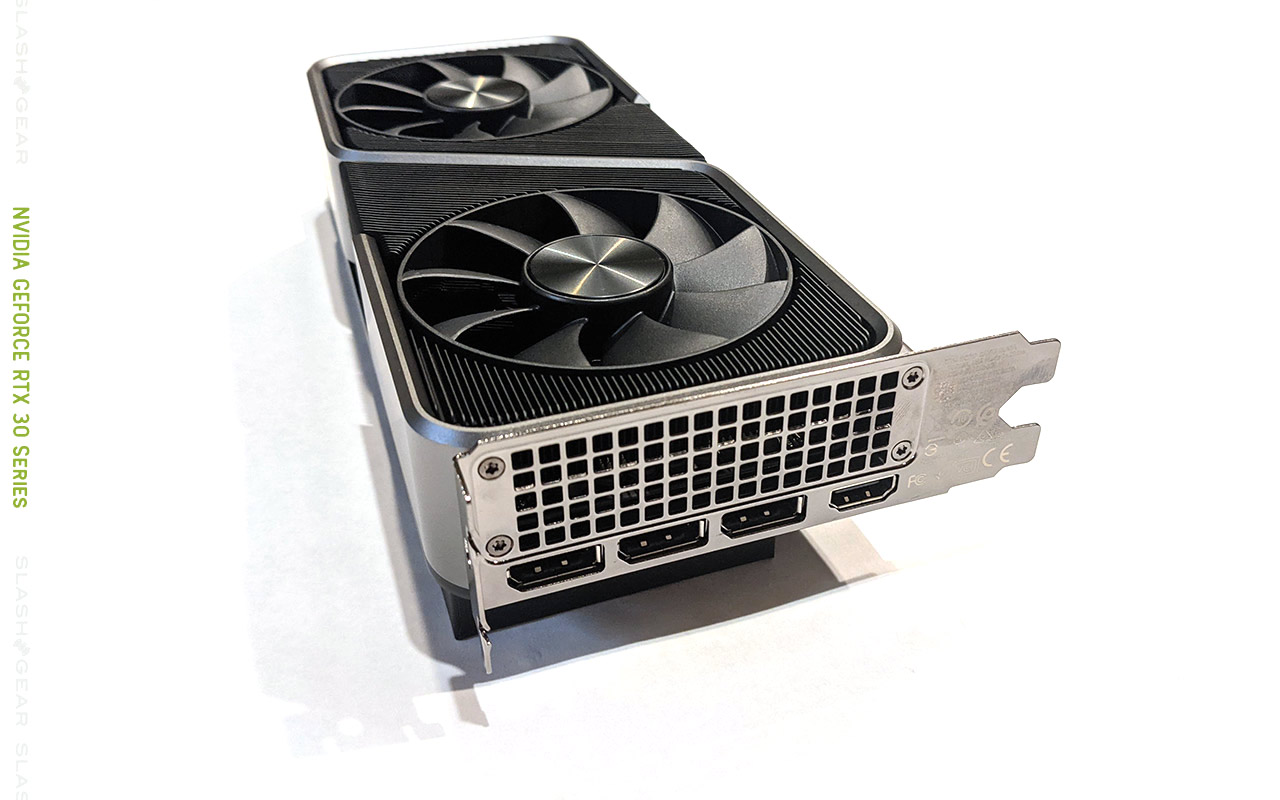 For the rest of the benchmarks we’ve included the RTX 2080 Super, 3070, and 3080. Each of these cards ran benchmark tests in the same machine with the most updated drivers available at the time of each test.

Once we get into the 120fps action – and beyond – we start to really see how the RTX 30 series can make a big difference VS the last generation cards. The difference between the RTX 2080 Super and the 3080 are more pronounced, obviously – but the 3070 still offers a jump in performance you’ll likely notice right away.

We started benchmarking graphics cards with Microsoft Flight Simulator with the RTX 3080 earlier this year. It is in this game that we get the most to-the-point test for performance. This game can REALLY push a graphics card to its limits – as you’ll find with MaxQ in both 1440 and 2160 resolution as shown below.

As it was with the RTX 3080, so too do we see this most massive game giving the graphics card a run for its money. Even as the game runs at sub-60fps when we’re playing with MaxQ in 4K, it still looks glorious. NVIDIA’s $500 RTX 3070 still makes this game feel like a high-end experience. 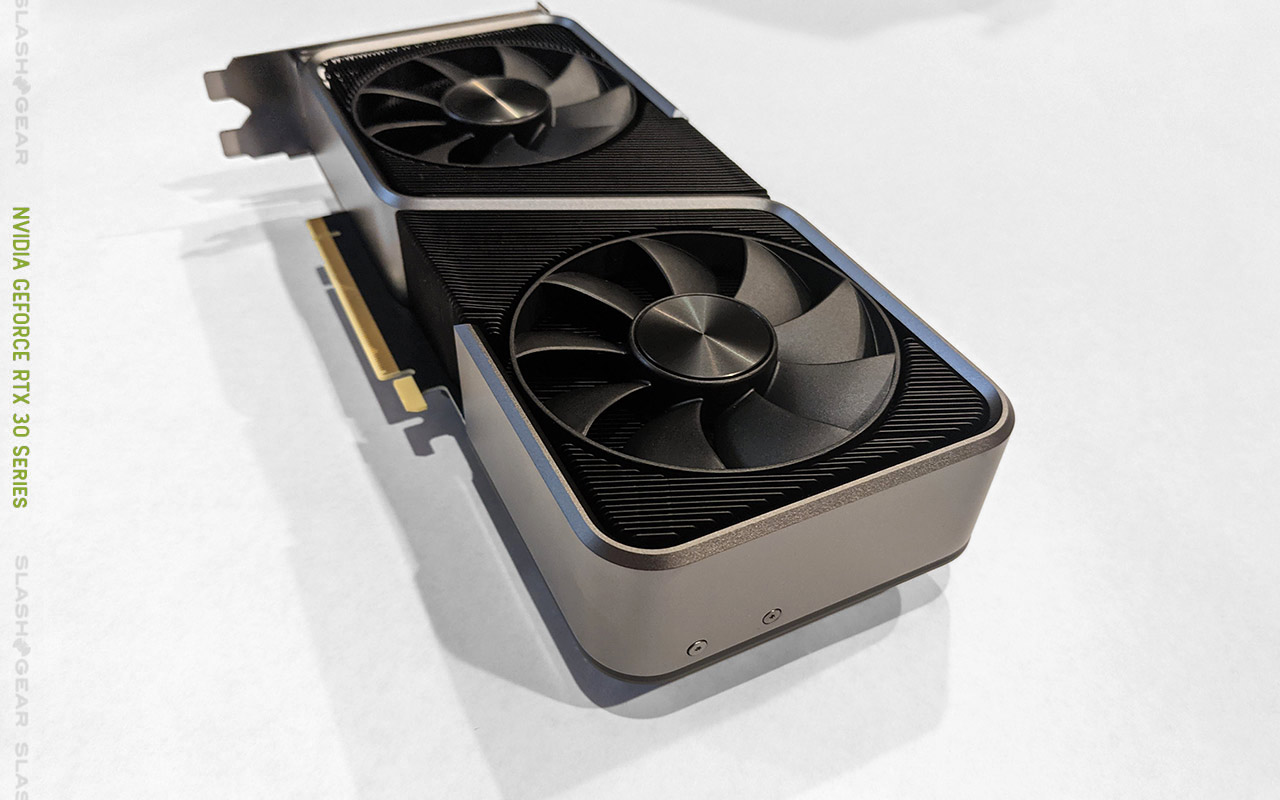 The NVIDIA GeForce RTX 3070 is the least expensive pathway for most consumers to get into the RTX-30 series card family, allowing all the perks that come with Ampere architecture. Users might also be able to purchase this card when it’s first released, if they (and NVIDIA) are lucky enough to get a solid supply in order to meet demand.

The NVIDIA GeForce RTX 3070 we’ve reviewed here is the Founders Edition direct from NVIDIA online or from Best Buy and Microcenter stores both online and in-person – remember to wear a mask! There’ll be other iterations of this graphics card made available from NVIDIA partners on the same day (or soon after) the release date for the FE, October 29, 2020.