NVIDIA has revealed its latest graphics option, the GeForce GTX 650 iI, a $149 video card targeting upgraders looking for the company’s Kepler cleverness. Packing a promised five-times the performance of the GeForce 9600 GT, the GTX 650 Ti supports DirectX 11 and Full HD 1080p, and NVIDIA is even throwing in the promise of a free game for those who go shopping soon.

Buy a GeForce GTX 650 Ti-based video card from one of NVIDIA’s participating retailers, and you’ll get a copy of Assassin’s Creed III free. The game will have 768 CUDA cores to play with, along with a 925MHz GPU clock and 64 texture units, though no access to NVIDIA’s GPU Boost system.

There’s also 1GB of GDDR5 memory, a 128-bit memory bus and 105W TDP. It’s actually based on the same Kepler GK106 that powers NVIDIA’s GTX 660, though pared back somewhat on the specs so as to bring the price down to sit between that card and the GTX 550 Ti. 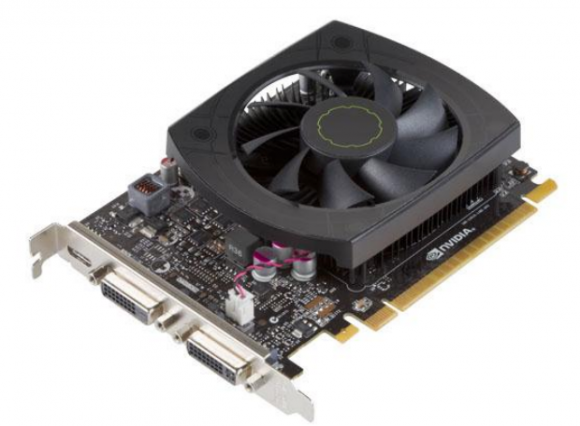 Connectivity includes a single 6-pin power connector, along with two dual-link DVI ports and a mini HDMI on NVIDIA’s reference design. However, the GPU itself supports up to four displays, though it’s up to manufacturers themselves to equip their versions with the right connectivity.

ASUS, EVGA, Gainward, KFA2 (Galaxy), Gigabyte, Inno3D, MSI, Palit, PNY, Point of View, and Zotac will all be pushing out video cards based on the GeForce GTX 650 Ti GPU, with availability from today.