That’s not to say that the GTX 650 can’t be overclocked, or indeed that it needs to be. Out of the box it can simultaneously drive four monitors for a total resolution of 5760 x 1080 with its 384 CUDA cores, but there’s a 6-pin power connector for those wanting to coax up to around 1.2GHz from the GPU. 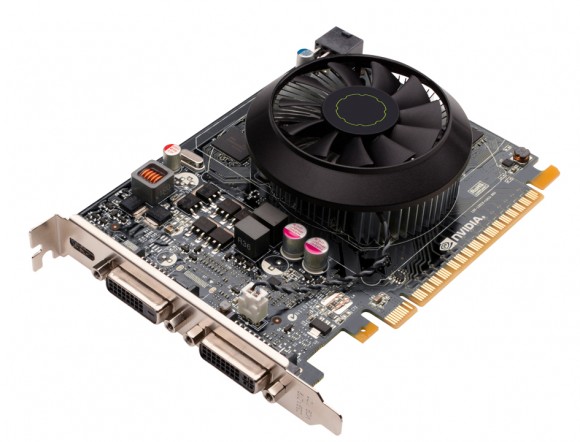 Gamers, though, might want to step straight to the GTX 660 for the native GPU Boost. That works with the card’s 960 CUDA cores, and 192-bit memory channel (versus the 128-bit of the GTX 650) to drive Full HD monitors at some impressive frame rates compared to its predecessors; check out the benchmarks in the table below (click for a larger version): 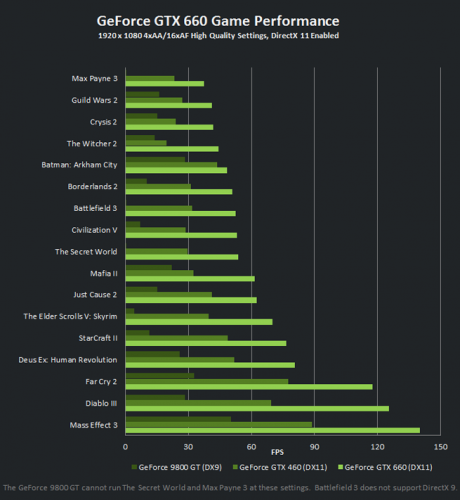