This month the folks at NVIDIA’s desktop gaming sector got in contact with a fellow by the name of Xiaosheng Li, a fan who had constructed a replica of a GeForce graphics card out of LEGO. This feat was completed with a massive number of bricks – 11,396 of them to be exact – and is many times the scale of the original graphics card. What you’re seeing here is the largest NVIDIA GeForce GTX 690 graphics card on the planet – made of LEGO, that is.

The replica made by this fellow is nearly 6 feet long and is more than 2 feet wide, appearing extremely close in proportion and certainly similar in aesthetics to the original GTX card. All the important parts are there – from the fan to the heatsink to the PCI pins. 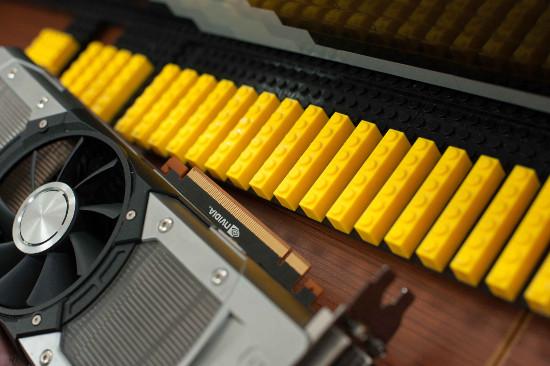 Xiaosheng Li is 23 years of age and has already visited NVIDIA’s Santa Clara, California headquarters to get an autograph from none other than Jen-Hsun Huang. He’s based now in Beijing and works as a freelance writer for several publications for DIY PC creators. 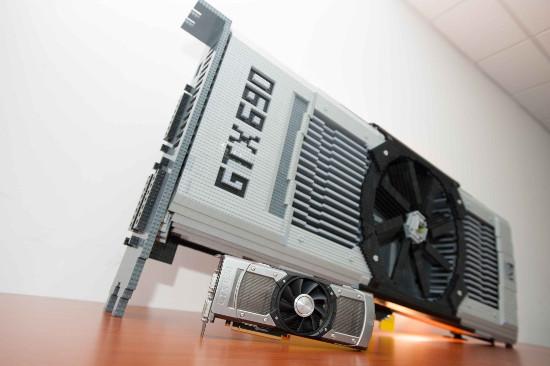 This isn’t the first time we’ve seen such fandom for the brand, mind you. It was just this past CES (2013) that we saw several happy users walk up to NVIDIA event doors to attain autographs from NVIDIA’s CEO – Huang himself is a superfan, rolling with an NVIDIA “Claw” logo on his arm.

With a size that demands attention and a fan that actually spins, now we’ve only to wait for the custom-build LEGO PC this beast will fit into. Time to head to Lego-land to stock up!