This week at the GPU Technology Conference (GTC) NVIDIA chief Jen-Hsung Huang spoke at the event’s first keynote, speaking first on the power of NVIDIA’s CUDA platform. CUDA is a pparallel computing platform and programming model, for those of you that don’t know, made for computers to increase their performance by taking full control of their graphics processing unit. As Huang spoke at this GTC event, it became clear rather quickly that CUDA was not just a passing fad, it was gaining power with a tremendous rate of growth.

NVIDIA’s CUDA was downloaded 150 thousand times in 2008 and was a subject in classrooms in 60 universities across the United States. Today there have been over 1.5 million downloads of CUDA and over 560 universities teach in CUDA – Huang can’t be plain enough about the power of these numbers. Four years ago, he notes, 4 thousand academic papers were written about CUDA, while today that number is at over 22,500. The growth of CUDA is tremendous, notes Huang, “I don’t know of one computer company that doesn’t sell computers with CUDA.” 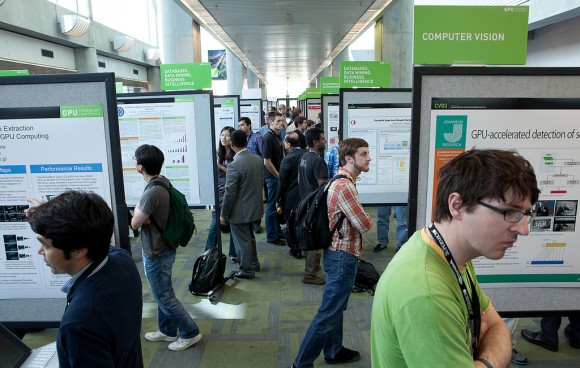 Speaking on how the CUDA platform has exploded throughout the University world here in the USA, Huang noted some key words from Ianan Couzin of Princeton, he saying “GPU computing has utterly transformed the science we can do.” Huang continued by noting that back in 2007 when NVIDIA went into the SuperComputing Conference of 2007, they were just a tiny blip on the radar. Ramping up to 2011, CUDA was being used not just on 1/500th of the showroom floor as it was in ’07, it was being used on about three quarters of it. 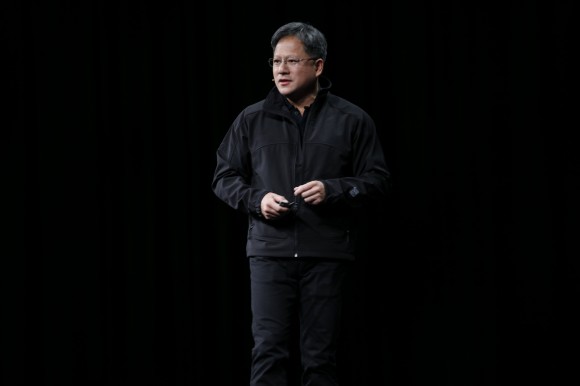 Stay tuned for more awesome NVIDIA computing action here on SlashGear as this keynote continues. Thanks to NVIDIA also for the images you see above, straight from the conference.