Of all the mobile device companies out there today, you could make a strong argument for calling Nokia the most misunderstood. Fresh to the table this morning comes the Nokia N8 – capably specified and distinctively “of” the company – a device that on the face of it should slot somewhere in among the Droid Incredible, iPhone and Nexus One for lustworthiness. While the company press machine will happily tell you that more than 1.2bn people, worldwide, use Nokia devices every day – and Nokia enthusiasts can legitimately rival Apple fans for their rabid levels of devotion – there’s already a sense among many that the N8 is just the latest flawed icing on a misguided corporate cake. Where is Nokia going wrong?

Now, I’m no Nokia expert; there are arch fans of the Finns out there – running sites like All About Symbian, for instance – who could run rings not just around me but about some of the company’s own staff when it comes to Nokia insight. Instead, I’m a step or three removed, not an expert but a reasonably long-term industry observer, and to some extent I should be Nokia’s perfect target audience. I’m relatively device and platform agnostic, not locked into six homescreen-panes-worth of iPhone apps, and consider myself open-minded when it comes to company strategy. Most importantly, perhaps, I still get excited about mobile devices and I divert a fair chunk of my income to them.

I’m not the only one, either. Mainstream devices may be the bread & butter of the industry, but the news – blogs, glossy tech lifestyle magazines, etc. – circles around the high-end and the eye-catching. A halo device, picked up and evangelised by early-adopters, can arguably then go on to drive mid-range sales as users who blanch at smartphone prices still want to buy into the brand; Nokia seem to have more trouble than their rivals in managing that. When the company has found itself with an edge – the N900 is a good example – it then squanders it, either by taking too long before release (I’m looking at you, N97) or by failing to follow up with next-gen hardware (an N910, for instance).

You could also argue – a little unfairly – that Nokia have rested on the laurels of the developing world. It’s certainly true that they’re pushing entry-level devices (with specifications that make most tech blog readers yawn) in an attempt to grab a fair chunk of what’s turning out to be a vast market. Still, that short-changes their ongoing work in community and developing world projects; it’s perhaps more indicative of the technology press, their readership and the way interest lies that such projects get such a small percentage of the coverage that, say, a mid-range smartphone might expect. I can remember meeting with one team at Nokia World last year, and being asked what they could do to promote and publicise their work and findings. At the time it felt cynical – but honest – to tell them that, as it stands, the gadget-following community simply lacks an interest in such endeavours, unless you can make it resolutely personal to them, turn it into a competition or somehow relate it to issues not just on their doorstep but trying to crawl in across their hall. 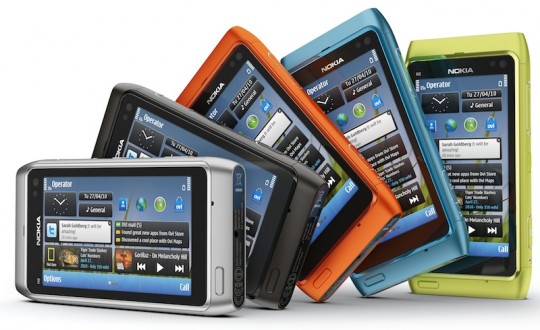 The irony is that many Nokia employees “get it”. The company is one of the better examples of how to engage with social media, news organisations and blogs; at inviting critique and encouraging questions about strategy rather than expecting bloggers to toe the PR line lest they lose their inner-access. Is it too simplistic to suggest that the people who don’t “get it” are the US audience, with little of the saturation that Europeans have with Nokia? Probably, yes; still, Nokia’s tendency to spawn numerous devices, each with relatively minor differentiation (a strategy they’ve since begun to move away from), did little to help them in spec-sheet bingo, and that coupled with historically non-starter negotiations with US carriers has left the region with the loudest tech voice bemused by the brand.

Symbian has to share some of the blame here, though. In the 90s Nokia devices had a reputation for being simple to use: you could give a Nokia handset to your parents, or grandparents, and they would be able to navigate it with little effort. Over time, though, the company’s platforms have lost that edge. The iPhone is arguably more simple for first-time users, while OSes like Android have more complexity but feel flexible with it. Look at Symbian’s transition from D-pad to touchscreen navigation in contrast: Nokia were criticised at the time for choosing resistive panels for their devices, but the real pain points were the places where the old OS paradigm cut through what should have been a finger-friendly environment. Tapping menu options and app icons twice, for instance: once to select and once to activate. While it didn’t, in pure clock terms, add all that much delay to end-users’ navigation, it made the phones feel slower, more laborious.

We’ll have to wait and see how Symbian^3 has been polished for the N8; the prototype review from earlier this week mockingly described it as a “cosmetic” update, but to some extent that’s exactly what’s needed. The N8’s hardware – while lacking the currently fashionable and headline-grabbing 1GHz processor – is in many cases leagues ahead of rivals. How many phones out there can boast five-band WCDMA support, for instance, or the sort of camera that puts standalone point-and-shoots to shame? Were the N8 running Android or webOS, we’d be drooling uncontrollably; instead, tech bloggers were falling over themselves to decry Nokia’s lack of direction on the basis of a single poor review (and of prototype hardware), while the company’s vocal supporters launched a half-indignant, half-insulted counter campaign on Twitter and enthusiast sites.

Specifications, then, aren’t enough – though they’re undoubtedly an important part of simply getting through the door to peoples’ attention – and handsets like the N900 have shown that there is a US appetite for devices with the Nokia brand. The standard US 3G support hopefully means the North American launch won’t lag quarters behind European availability, but more importantly Nokia need to pin down US carriers. North American users have demonstrated themselves comparatively reluctant to consider SIM-free devices, and wedded to carrier subsidies (even when they’re told doing otherwise could actually save them money); Nokia have already convinced T-Mobile USA to jump on board with the mediocre 5230 Nuron, now it’s time to leverage that and get the N8 some decent carrier support.