Someone with access to Nokia devices behind-the-scenes appears to have made a move in leaking their latest Lumia model this week. The device appears relatively massive, ready to bring at least a 4.5-inch display to the party, possibly in an effort to tac on a new generation in the Nokia Lumia 820 lineup. That’d make this a Nokia Lumia 830.

Of note is the fact that this device has the brand NOKIA up front. Previous reports – from Microsoft, no less – have suggested that the Nokia brand name would eventually disappear. It may very well be that we’ve not yet arrived at that change-off point.

This smartphone works with a single mic hole up front near the area you’d be placing your mouth, another near the back-facing camera array, and a standard earpiece slice up near the top on the front. You’ll also see an array of sensors up front near that earpiece, suggesting this is a higher-end smartphone. 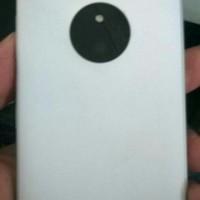 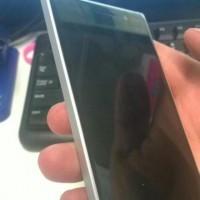 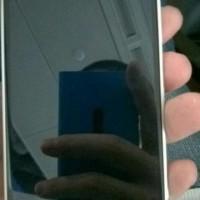 The back features a camera setup not entirely unlike that which we’ve seen on the Nokia Lumia 1020, though this time with a smaller setup like recent leaks we’ve witnessed in recent months. This setup probably does not work with 41-megapixels, but we’ll see.

As mentioned by WPDang, this could be the device codenamed “McLauren.” If so, it’d roll with a Qualcomm Snapdragon 805, work with a new “3D touch” functionality,” and have a 5.2-inch display with 2K resolution. And a 41-megapixel camera as successor to the 1020.