Nokia‘s upcoming Windows Phone flagship, the Lumia 900 aka the AT&T Nokia Ace, has been further detailed in another pre-CES leak. The roughly 4.3-inch WVGA smartphone will squeeze an 8-megapixel camera and 1,830 mAh battery into a near-12mm thick case, Pocketnow‘s sources claim, with the Ace/900 weighing just 18g more than the 3.7-inch Lumia 800 at 160g.

An image purportedly of the AT&T Ace leaked last week, showing the carrier’s logo as well as a 4G icon and front-facing camera. The assumption is that the Ace 900 will be one of AT&T’s first 4G LTE Windows Phones, tipped to go on sale sometime prior to the middle of 2012.

Other specs include 512MB of RAM and – despite a presumed carrier lock to AT&T – the inclusion of the 1700MHz band necessary for 3G on T-Mobile USA. The device is supposedly codenamed “Eloko” and will ship running Windows Phone 7.5 Mango, rather than Tango as some earlier rumors indicated.

Pocketnow threw together a size comparison mockup based on leaked dimension details of the Lumia 900, next to the existing 800, which you can see below. 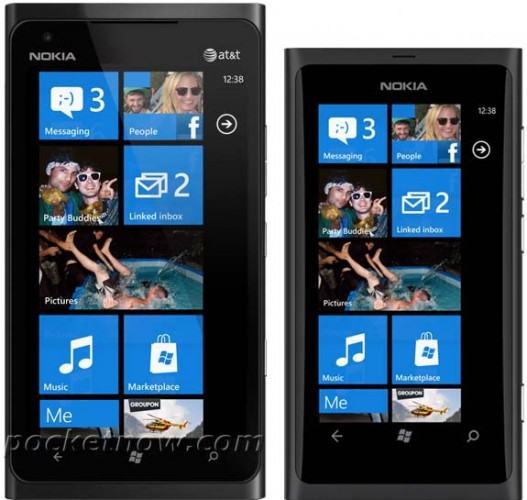