If you’re looking for a large number of cat photos, in excruciating detail down to individual whiskers, all taken with the Nokia 9 PureView, then you’ve come to the right place. HMD’s reboot of the “PureView” brand was met with a mixture of hope and anxiety back at Mobile World Congress 2019 last month, fond memories of devices like the Nokia 808 PureView nudging up against concerns that the superlative photography capabilities it once referred to might be diluted today.

Muddying the waters has been PureView’s evolution over the years since the Nokia 808 PureView’s launch in 2012. The original phone combined not only a massive number of megapixels – 41MP, in fact – but with a huge sensor and cutting-edge Zeiss optics. At 1/1.2 inches, the phone’s image sensor was more than four times the size of what was used by typical compact cameras of the day. 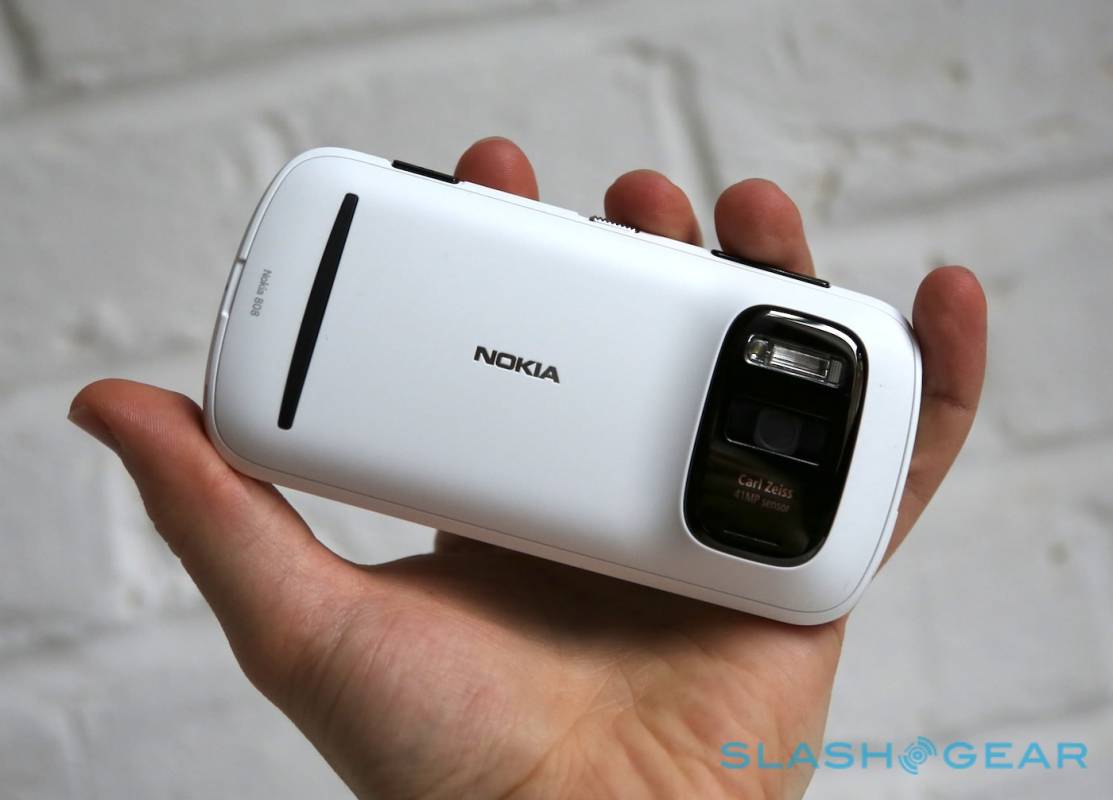 That same strategy continued, even as Nokia was acquired by Microsoft, and its phones transitioned from Symbian to Windows Phone. The Lumia 1020, for instance, echoed the strategy of its predecessor with a 41-megapixel, 2/3-inch sensor. Both the 1020 and the 808 could deliver an optical zoom without an actual zoom lens, by cropping down the output from the full sensor.

Today, with HMD at the helm and Android under the hood, the Nokia 9 PureView takes a very different approach to photography. HMD worked with Light on a multi-sensor array, five 12-megapixel cameras combining their efforts with the promise of up to 10 times more light captured than a single color smartphone sensor. Clever stuff, but the big question was whether it was all worthy of the PureView name? 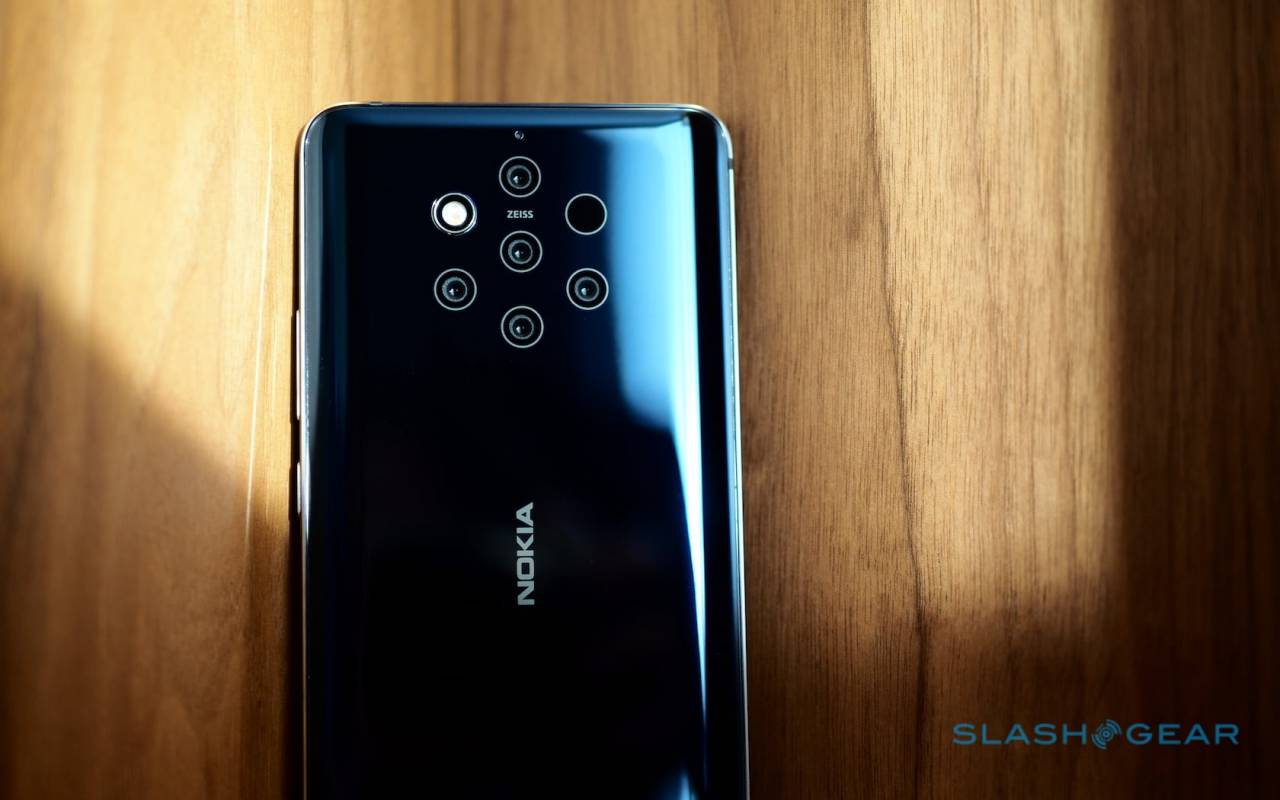 PureView is ready – the Nokia 9, not so much

I’ve had the phone since shortly after Mobile World Congress to figure that out. Why isn’t this a full Nokia 9 PureView review, then? Mainly because the software isn’t ready. HMD tells me that review units sent out to the tech press should be getting an updated version of the firmware, which – among other things – will speed up image processing and improve the performance of the fingerprint sensor.

What it won’t do, apparently, is change how photos turn out from the multi-sensor camera. So, as I wait for the update to hit my phone, it seems only right to show you what has been my obsession with the Nokia 9 PureView so far: cat photos. 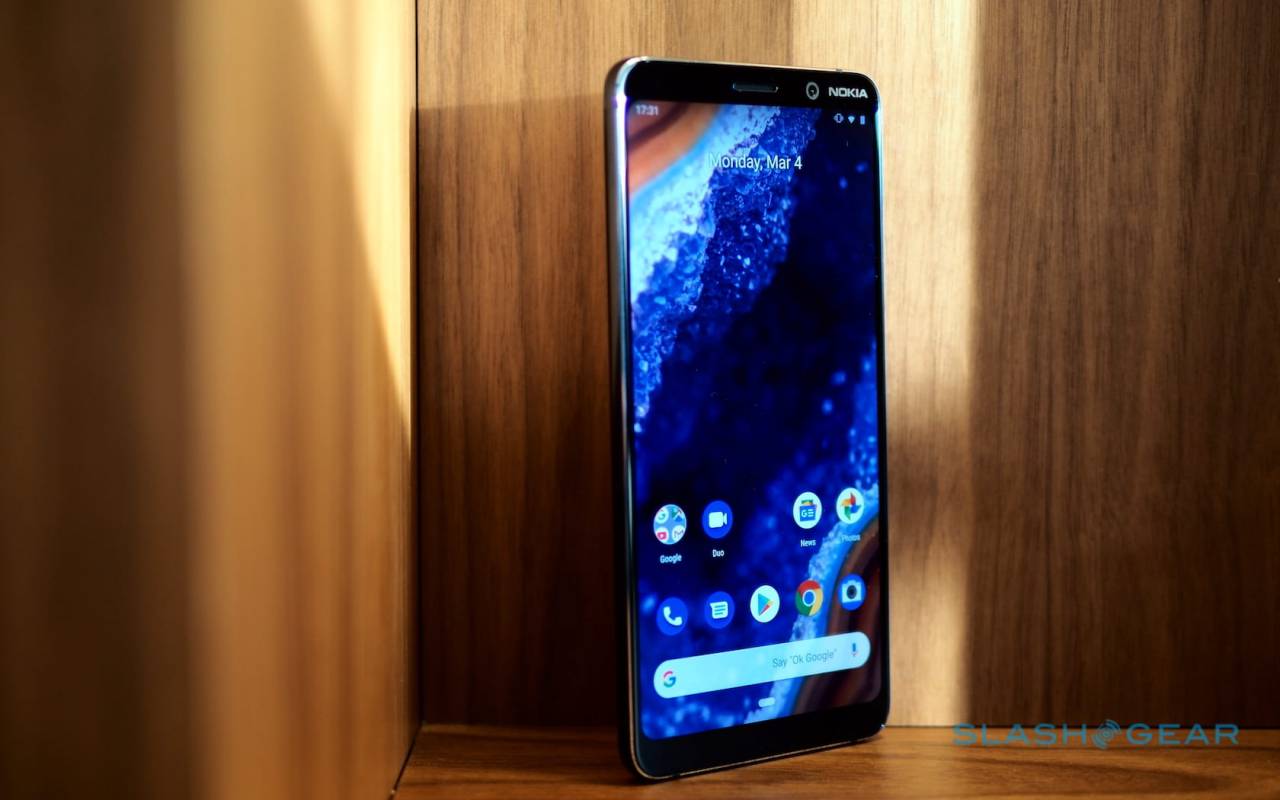 I frequently rely on my cat as my model for camera samples. It’s not just because she’s the most beautiful creature in the world (though she is, of course), but because taking photos of pets is both a common use of smartphone cameras, and one of the trickier choices of subject you can make. Cats, unlike people, won’t conveniently stand still as you frame a shot and capture it; people, unlike cats, don’t have an annoying habit of lunging at a camera lens and trying to rub their noses on it.

A camera that can wow

It’s fair to say that my first impressions of the Nokia 9 PureView when faced with my semi-reluctant subject were similar to my first reaction upon seeing what the original Nokia 808 PureView was capable of. Back in 2012, the quality of the photos that phone produced had me questioning whether Symbian need really be such a deal-breaker. Ironically, the output of the Nokia 9 PureView’s camera has me asking similar questions today about the phone’s own foibles. 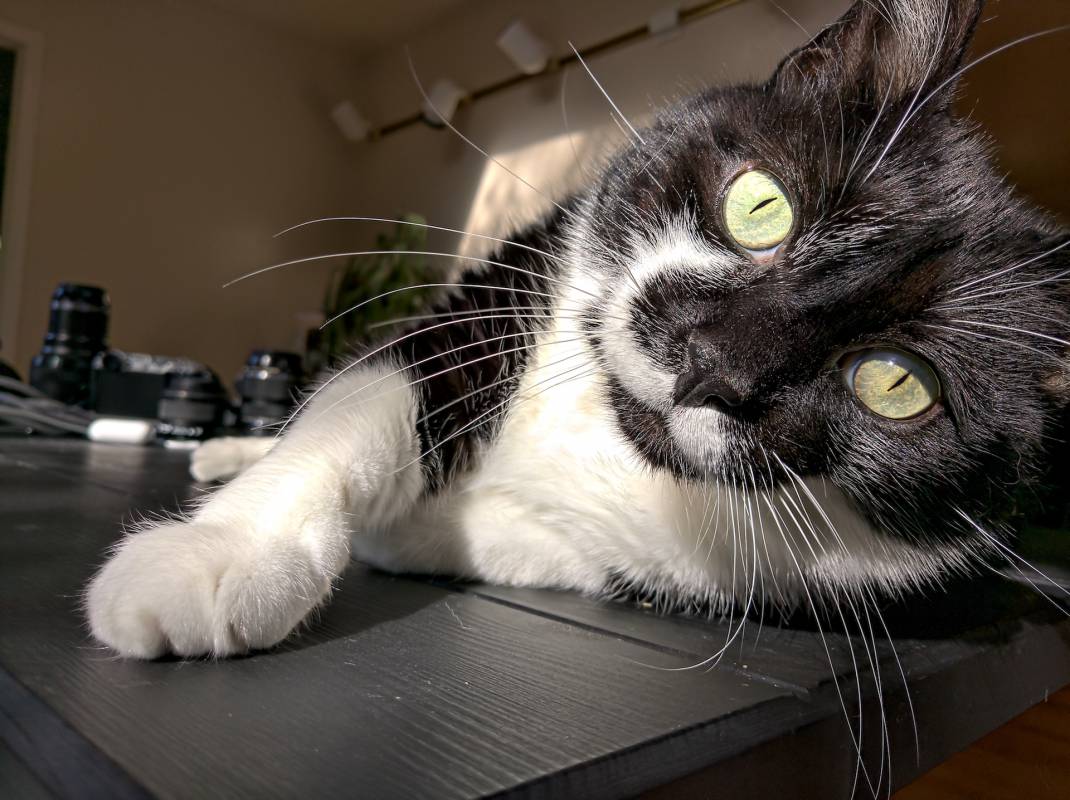 The degree of detail is what catches your eye first. Close-up shots of whiskers and fur have a crispness and clarity that leaves the best of other smartphone cameras looking fuzzy. Texture is one of those elements in photography that’s hard to define or describe, but the way the Nokia 9 PureView captures the dense velvet of my cat’s nose has a quality I’d traditional expect to have to reach for a dedicated camera – with a larger sensor – in order to achieve. 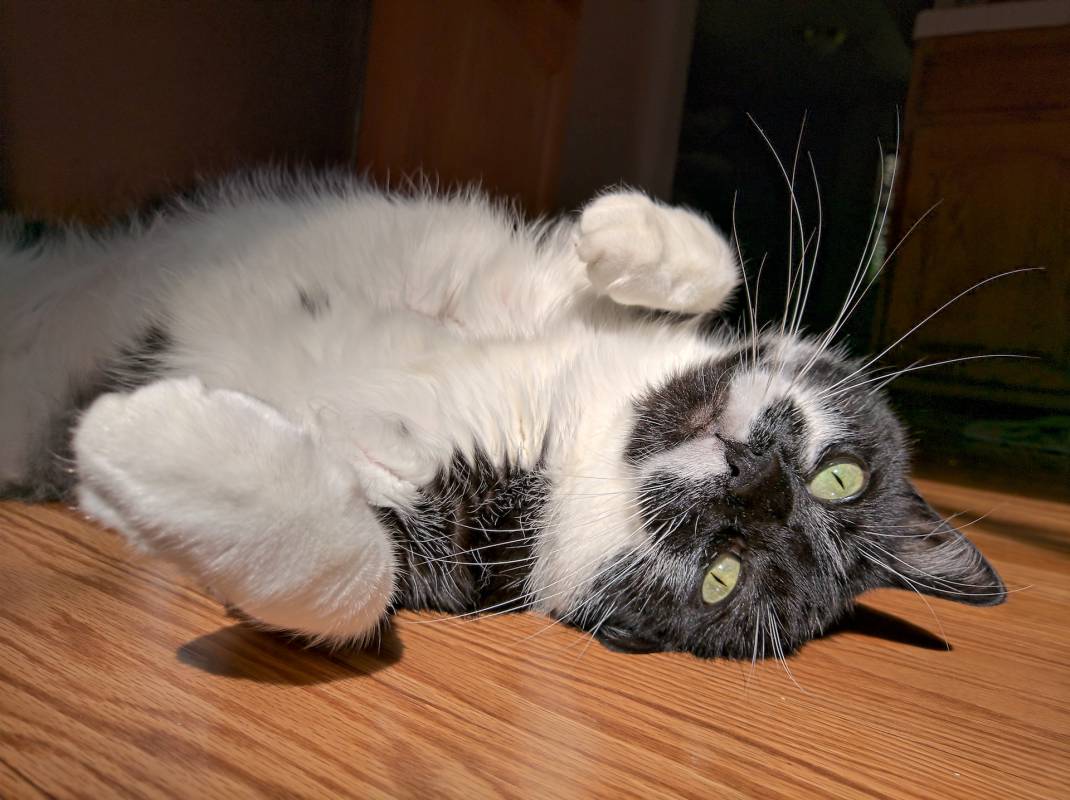 I’ve had to resize these images so they fit on this page: unedited, the JPEGs out of the phone can be anything in excess of 16MB apiece. If you want to see (or download) the originals, as the Nokia uploaded direct to Google Photos, you can see them in this shared album.

Incredible, yes, but not perfect

Given the right conditions (and a beautiful subject, naturally) the Nokia 9 PureView can produce incredible images. That’s not to say it’s the perfect phone camera, mind. There are other factors involved in that: the ease of capturing images back-to-back, low-light performance, depth of field editing, and more.

As I touched upon before, speed is not the Nokia’s forte when it comes to processing photos. Combining the data from five cameras simultaneously is system-intensive: when you hit the preview button to see the image you’ve just taken, you usually get a fuzzy thumbnail and a message that the phone is still processing. It can take some time before that’s finished, making reviewing what you actually captured difficult. Focus locked on the wrong point in the frame? You may well have lost your subject by the time you can see the full image to double-check. Exposure leaving some portion of the scene blown out? The light could well have changed by the time you realize. 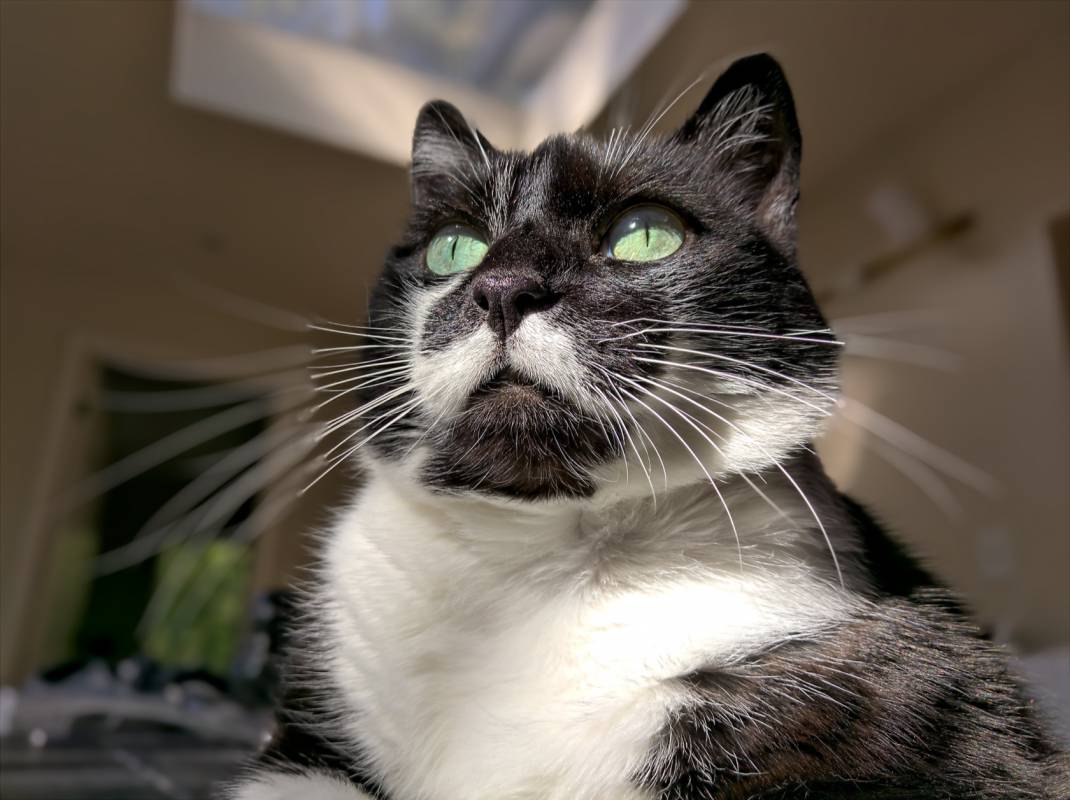 Depth of field is another challenge. In theory the multiple cameras should be able to better distinguish what’s in the foreground and what’s in the background: you can adjust the bokeh directly within Google Photos. Perennially tricky details like the whiskers in the shot above, though, give the Nokia 9 PureView just as much trouble as I’ve had with other smartphones toting less impressive sensor arrays. 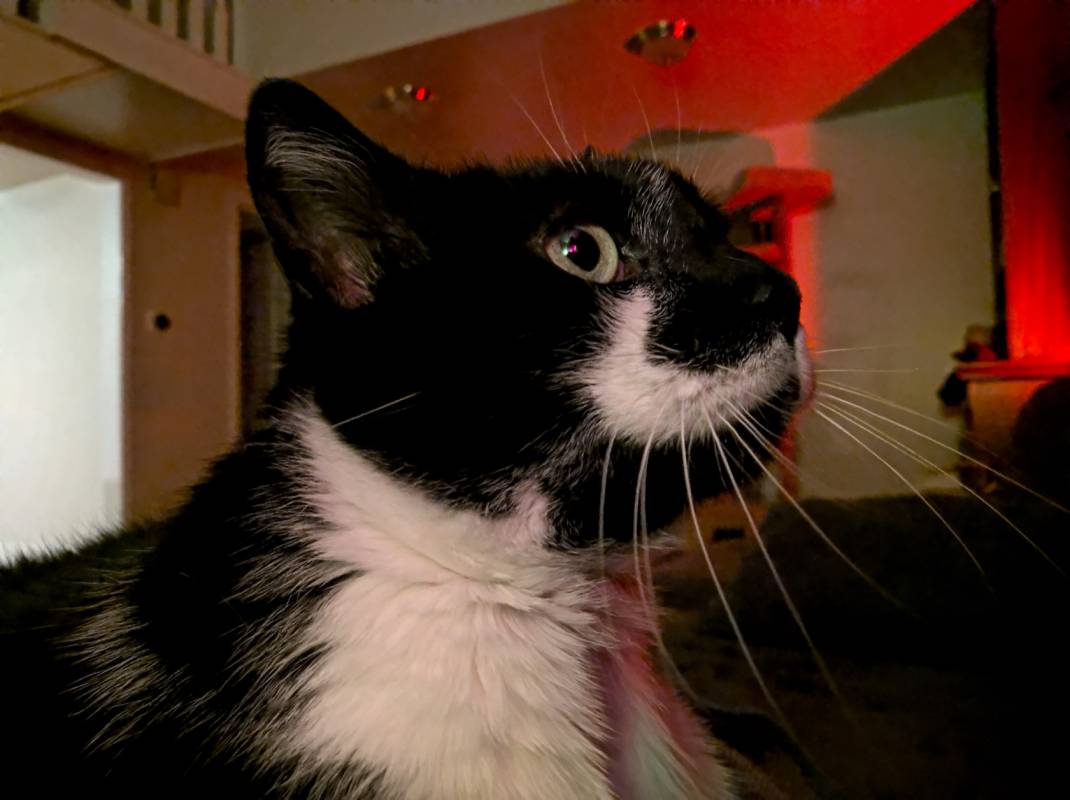 Then there’s low-light performance. Suddenly the Nokia’s talents seem a little more in line with the smartphone mainstream, details getting muddied and contrast murky. Like any good camera, this one feeds on light, and when deprived of it the results suffer visibly.

The right camera for the right moment

I’m very aware that my “cons” section is considerably longer than my “pros” section, even if my enthusiasm for what the Nokia 9 PureView’s camera can produce is heavily weighted in the opposite direction. In many ways it’s because the quality of the shots speak for themselves – yet it’s also true that, when not delivered the best conditions, the Nokia struggles just like other smartphones do. 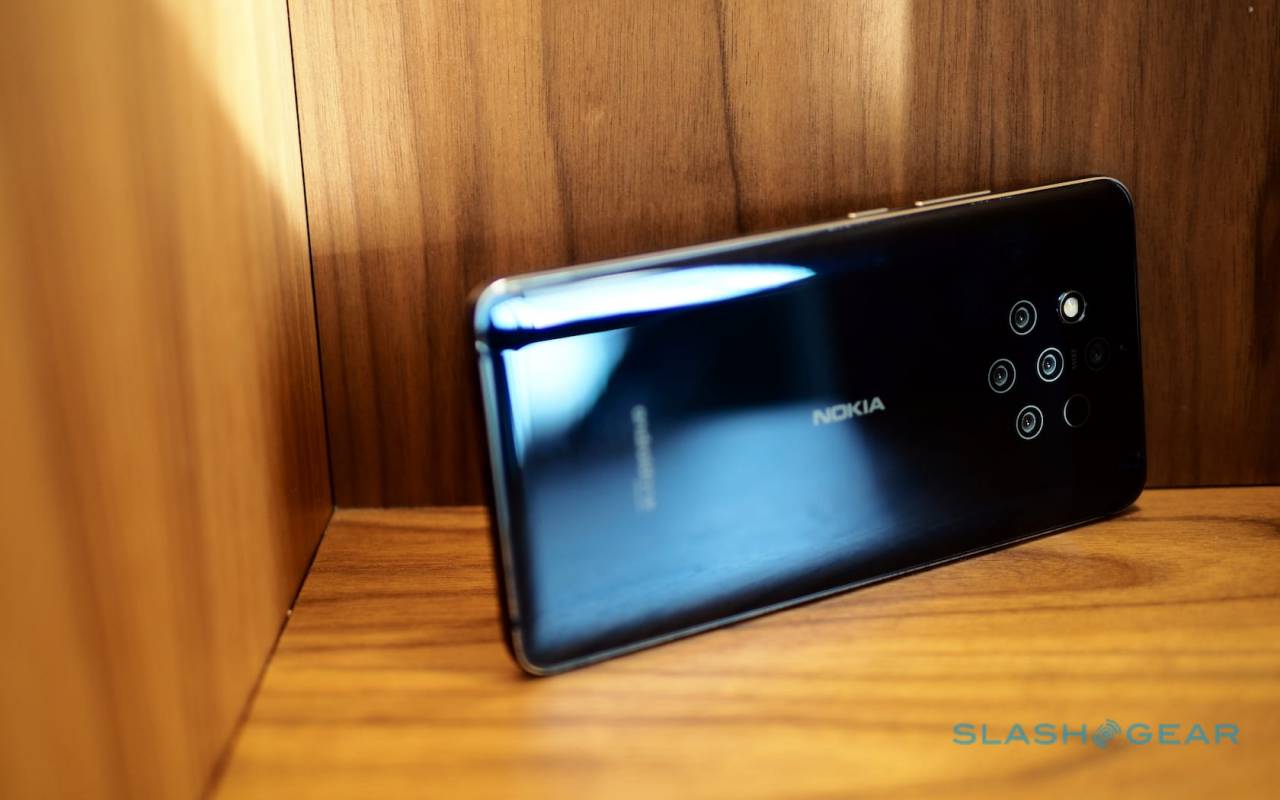 I’ll save a full conclusion for my full review, when that newer firmware finally arrives. For now, even if the Nokia 9 PureView isn’t shaping up to be the best all-rounder, it’s a sign that there’s still plenty of interesting things to come in computational photography. With Light teaming up with Sony to develop new image sensors, that should pay dividends across the market, even if you don’t have such a beautiful cat to take photos of.