No, your phone’s battery isn’t spying on you

A video showing an NFC-clad sticker on a battery in a smartphone has gone viral today. This video suggests that this smartphone was using an NFC sticker to “record every photo of yours on your battery.” What we’re going to need to do right now is get very serious and very clear about this situation. Your battery – and the NFC antenna that may or may not be attached to it – is not stealing your photos and sending them to our estranged government overlords. It’s just not.

We’re not going to give the original source of this conspiracy the time of day – or the link, for that matter – for two reasons. First, the source doesn’t need any more attention than they’ve already got, as they provide no proof for their theory one way or another – all he does is tear a sticker off his Galaxy S4’s battery and suggest that the gear inside is part of Samsung’s plan to steal your photos.

Instead, under the sticker surrounding – and protecting – the contents of the Samsung Galaxy S4’s battery is an NFC antenna. This tiny wire is looped several times around in a square shape.

Recognize the image below this sentence? 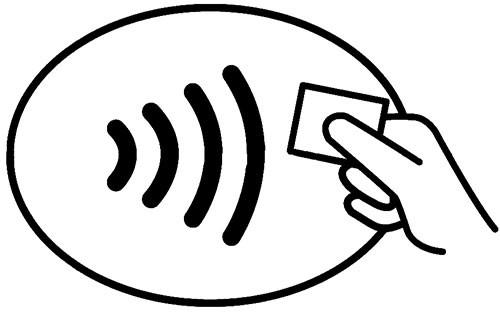 It’s a standard NFC-compatible logo. It’s the image you see wherever you can use your device to tap and pay using software like Apple Pay or Android Pay. Using NFC.

While this fellow who started this madness wants to believe that he’s rid his phone of spy hardware made for sending photos to the internet, he’s only really destroyed a piece of his phone that’s completely incapable of doing anything of the sort.

An NFC tag like this needs your device to be within 20cm of its target to activate, and even then it remains incapable of connecting to the internet on its own.

There’s absolutely nothing to worry about here. No one is stealing photos with this hardware.

Please inform anyone who’s come in contact with this utter madness to calm down, and that they do NOT need to destroy their battery to be free of photo-stealing thieves.

Is this as bad as that time people were convinced to microwave their iPhones to charge them up? It very well may be.