Despite the fact that the Switch is on the horizon, Nintendo says it’s committed to supporting the 3DS. We’ve had some evidence for that continued support through new game reveals, but if that hasn’t been enough to ease your worries about the death of the 3DS, then maybe Nintendo’s special edition Pikachu New 3DS XL will be.

So long as you don’t mind your gaming hardware being a little on the loud side, this may be the 3DS XL for you (assuming you’re a Pokemon fan, of course). Make no mistake, this 3DS is very yellow, and it’s bound to turn some heads if you use it in public. So far, Nintendo has only revealed the box art for this special edition 3DS XL, which shows Pikachu laying down on the front of the 3DS, but nothing of what the back looks like.

There also isn’t a pack-in game with this Pikachu New 3DS XL, which is something of a departure for these special editions. The lime green 3DS that was available exclusively though Amazon offered a pre-installed copy of Super Mario World, while the special edition Pokemon Red and Blue 3DS came with the original Red and Blue games packed in. It’s true that those aren’t exactly retail games, but they’re definitely better than nothing. 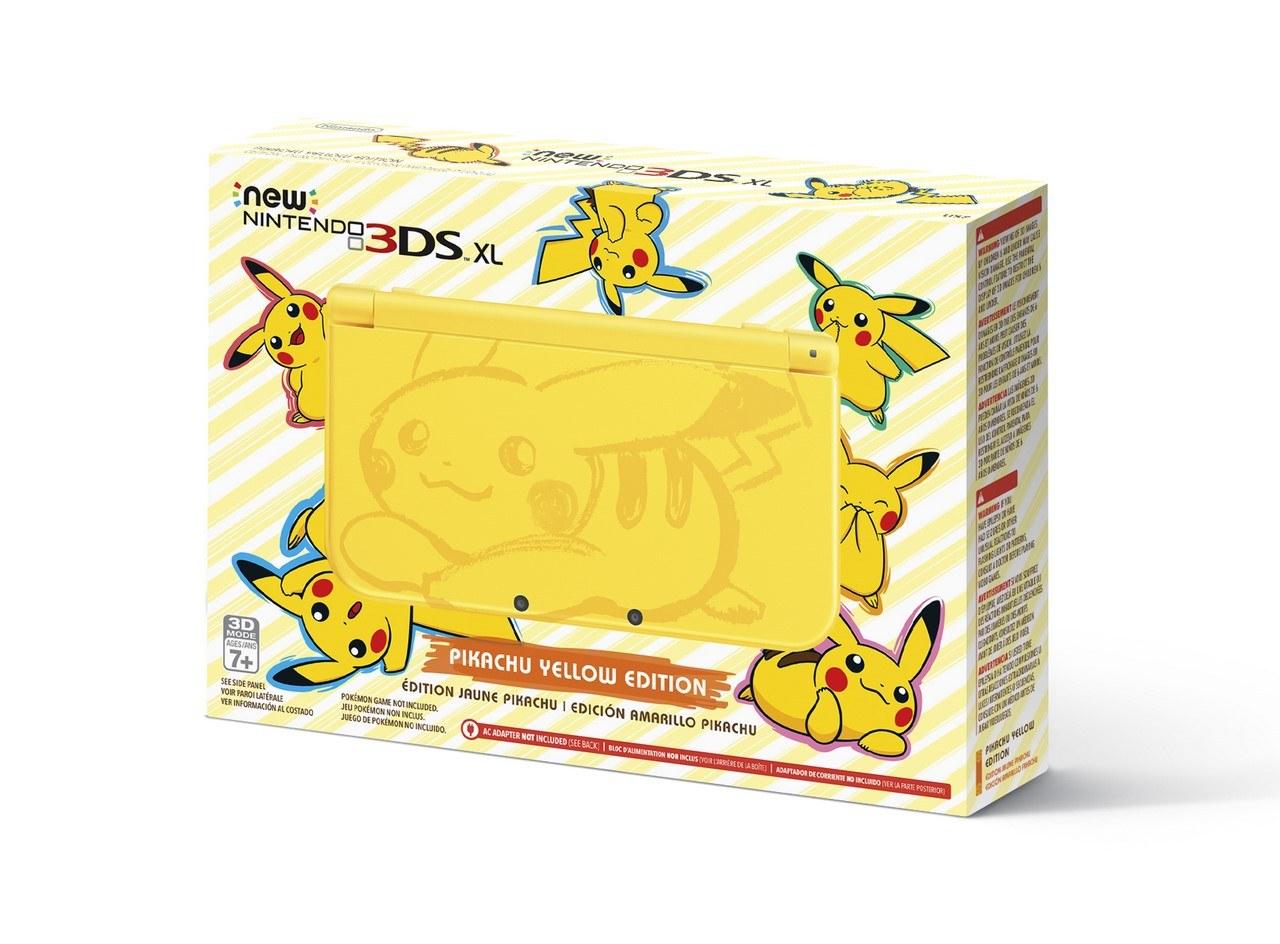 This would have been a good opportunity to pack in an eShop copy of Pokemon Yellow, but alas, it was not meant to be. Instead, the purchase price of $199.99 will only get you the 3DS, so set aside a little extra for some games if you’re new to the 3DS ecosystem.

If this seems like the 3DS for you, you’ve still got a little while to wait. The special edition Pikachu New 3DS XL won’t be launching until February 24, but you may want to pick it up sooner rather than later. If Nintendo’s recent stock woes with the Switch and NES Classic Edition are any indication, then this thing is going to be hard to find shortly after launch.