The same people that delivered the Calculator app for the Nintendo Switch had an idea for an even better app. This new app utilizes the infrared capabilities of the Nintendo Switch to create a burglar alarm. With the infrared beam blasted by the right controller on the Switch, the creators of “Spy Alarm” created a virtual tripwire for fun and entertainment.

It’s sort of like the developers at Sabec had a revelation. They realized that the Nintendo Switch could be used for so much more than games. They created the Calculator app for Nintendo Switch – it went viral on the internet as effectively the strangest and perhaps most unforeseen release on Nintendo’s store for this device.

They saw success! They followed up with a Xylophone app which… also wasn’t terrible. They’re on a hot streak. They’ve not let their fame get to their heads, though – they’ve continued to release apps that might actually have a use, and aren’t just silly, tiny games that’ll fade not long after release. 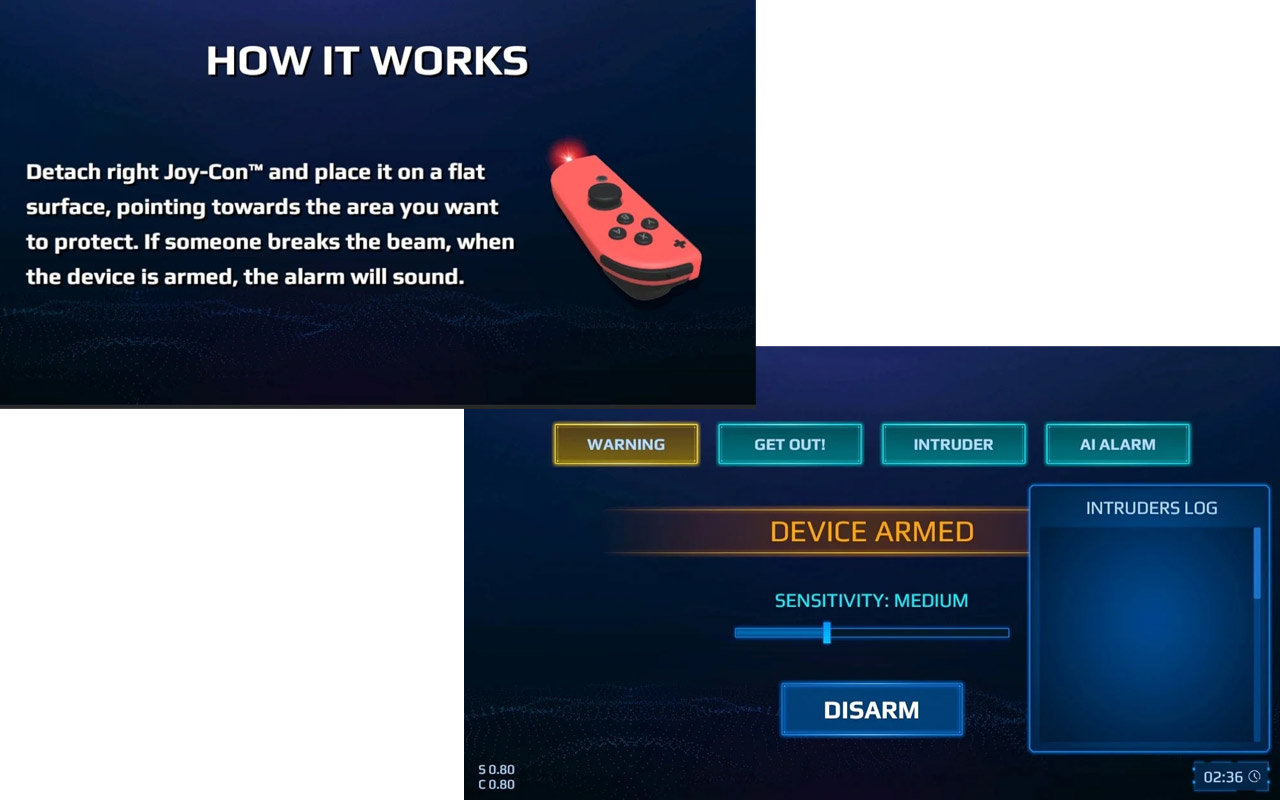 This week they’re set to release the app “Spy Alarm.” This app uses the infrared beam of the right Joy-Con to create an “invisible infra-red tripwire which if broken sounds an alarm.” The app gives the user several options, including levels of sensitivity and a set of different warnings: Warning, Get Out, Intruder, and AI Alarm.

The app also gives the user the option to collect times at which the tripwire was tripped. At the moment it would appear that the app can only work when the Joy-Con is disconnected from the Nintendo Wii, and is therefor relatively limited in scope – since we’re dealing with the battery in the controller alone.

The app will cost you a cool $9.99 if you’re interested. As noted by Nintendo Life, Spy Alarm will be listed in the Nintendo eShop starting on the 27th of May, 2021.