For those of you looking to get your Nexus Q device in after pre-ordering it inside the last few weeks, you’re in luck – everyone else will have to wait indefinitely. We’re getting messages from Nexus Q pre-order users from all over the USA saying that they’ve got a message from Google with the word FREE on it. Google appears to have decided that they’re not quite ready to release this product out into the world yet in its final form.

Though it’s been a wild ride already, so to speak, feedback to Google on the abilities of the Nexus Q do not appear to have been favorable enough to continue with the device as it stands today. And Google, being the undeniably rich and transformable company that it is today, has decided to take a rather unique set of moves in response. Have a peek at the message being sent out to those who pre-ordered the device prior to its release: 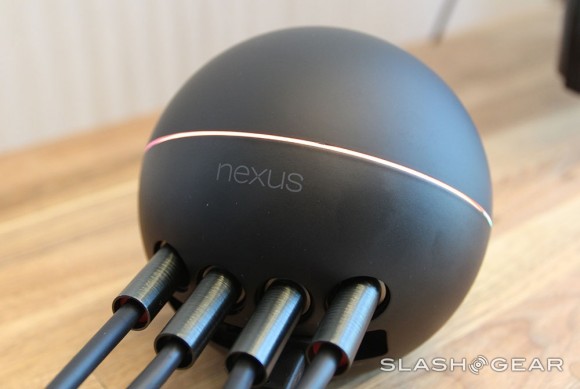 “We have an important update about your Nexus Q pre-order.

When we announced Nexus Q at Google I/O, we gave away devices to attendees for an early preview. The industrial design and hardware were met with great enthusiasm. We also heard initial feedback from users that they want Nexus Q to do even more than it does today. In response, we have decided to postpone the consumer launch of Nexus Q while we work on making it even better.

To thank you for your early interest, we’d like to extend the Nexus Q preview to our pre-order customers and send you a free device. If you had other items in your order, your credit card will be charged for those items only.

Your Nexus Q will be on its way soon and you will receive a notification and tracking number from Google Play when it ships.

We’re expecting that this means that not only will the Nexus Q be coming back in the future as a cheaper device, it’ll be back with more abilities as well. Have a peek at our Nexus Q full review to see what this device, now called a “preview device”, can do. Also note that the Nexus Q and all related accessories have been removed from the Google Play store today.

Check out the column called Nexus Q: Google’s big I/O Mistake as well while you’re at it.