The ASUS-made Nexus 7 2 – also known as the reboot of the original 7-inch tablet – appears to have had a collection of up-close photos and video leak this afternoon. At this point in time we’re at least a few weeks out from a full launch of this device, while the existence of the hardware itself hasn’t yet been confirmed by Google, ASUS, or anyone in-between. This machine appears to take on an appearance that’s similar to the original, coming here instead with a slimmer facade and a landscape-aimed back rather than its original portrait angle.

It’s important at this point – and more than once – to remind you that this could very well be a prototype of a final product rather than a final production-ready amalgamation of hardware. The same grain of salt should be spread on the entirety of this release of information as even the source, Android Central, suggests that they are not entirely confident in the legitimacy – or just the finality – of the specifications attached to this hardware. That said, feel free to entertain the notion.

NOTE: The image you’re seeing above is a real-deal photo of the Nexus 7, the original edition. Below are the leaked photos this article speaks of. 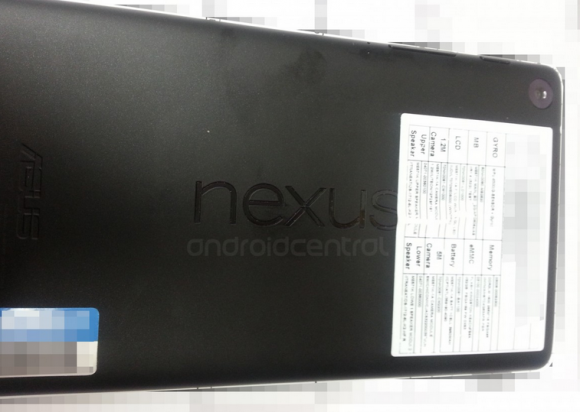 The label attached to this possible Nexus 7 reboot reads ME571K_PR1_SKU2, and the hardware is indeed manufactured by ASUS. This is the same as the original, and it would appear that ASUS is sticking to their same design language here through the summer of 2013. 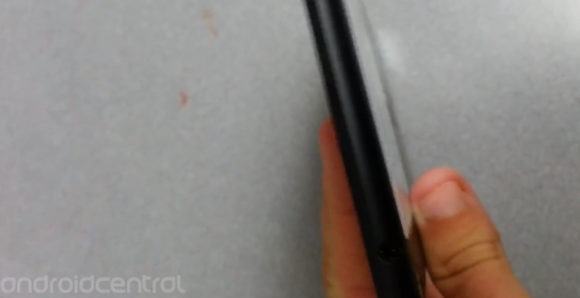 Have a peek at the images shared here and let us know what you think. Is this the real-deal final product, or an early iteration, or is it something else entirely? Have yourself a run down possibility lane with our most recent feature on this device, Nexus 7 2 and the details you want for a reboot.