In just less than a week, Google has a scheduled event where it might possibly reveal the two new Nexus smartphones, one from LG and one from Huawei. Naturally, leaks and rumors are ramping up to beat the deadline. This latest batch seemingly confirm some of the things we’ve been seeing and hearing about, particularly the rather odd design on the back of Hauwei’s Nexus. Alleged retail boxes of both Nexus smartphones have also appeared, confirming the Nexus 5X and Nexus 6P monikers leaked earlier.

The boxes themselves are quite nondescript, especially the one that’s for the Nexus 5X, the one supposedly made by LG. The white boxes employ an accent sleeve, white for the Nexus 5X and silver gray for the Nexus 6P. Interestingly, the Nexus 6P’s box has rounded corners, almost making the whole design reminiscent of a particular rival smartphone. Both sleeves have stylized cutouts of “X” and “P”, referring to their model names.

Aside from the design of the boxes, this leak also confirms the names to be bestowed on the two smartphones. Considering “Nexus 5” and “Nexus 6” are already taken, it somewhat makes sense to name them differently. Good thing they’re not simply attaching a 2015 to them either. The boxes display both the name and the storage capacity of the devices, 32 GB in both cases here.

No sign of the Nexus 5X but the Nexus 6P also appears in a PR image, this time in higher quality than previous leaks. Of course being a ready-made press photo and not a real device, we can’t be 100 percent sure of its accuracy. Still, it matches up with what we’ve seen so far, particularly the black bar on the top rear of the smartphone. That area houses the camera and flash and perhaps some other surprise. There is also a circular area below it for the fingerprint sensor, a similar design to the Nexus 5X. 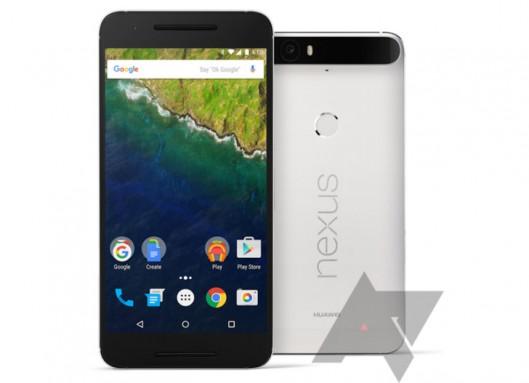 The Nexus 6P is expected to have a 5.7-inch display with 2K resolution and a storage option of 128 GB, which would give it the highest in the market so far. It will be powered by a Snapdragon 810, hopefully without the heat problems.