The next device in line for Google’s Nexus smartphone lineup would (once again) appear to belong to LG if Vietnam-based media reports are correct. Straight from author Cuhip of Tinhte, the same fellow who brought on the X Phone tour video leak well before the rest of the world earlier this year, comes word of an LG-made Nexus 5 quite similar to a report SlashGear published earlier this month. The big difference here is the (unofficial) confirmation of the Qualcomm Snapdragon 800, previously suggested to be a bit too expensive to exist in a Nexus 5 would that it were to keep the pricing structure of the Nexus 4.

So while we’re a bit less hopeful of the next Nexus device keeping with the $300 off-contract scale presented with the 4, here we’re seeing a significantly enlarged device. With the Nexus 5 (as made by LG), it’s said that the LG G2 will be the model from whens Google’s iteration springs. A few more drastic changes will need to be made this time around, larger even than those made between the LG Optimus G and the Nexus 4 (which was, indeed, based on the Optimus G).

Here instead of adjusting the edges to be more suitable to the Nexus aesthetic, Google will have to move the physical buttons on the LG G2 to a slightly more standard couple of places. At the moment, the LG G2 is set to be released with no physical buttons other than the volume rocker and power button, both of which sit on the back of the smartphone under the back-facing camera lens.

NOTE: It’s also been suggested (more than once) that Motorola might be up next for a Nexus. 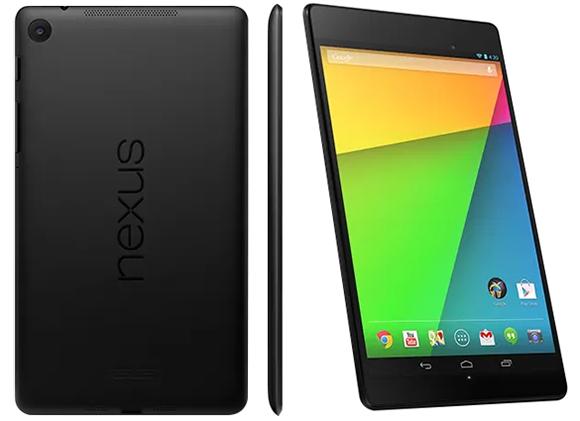 Taking cues from the Nexus 7, it’s said by Cuhiep, the camera cluster will be moved from the center of the device either the left or the right and far closer to the top border of the smartphone. This is much closer to the design of the Nexus 4, and allows the entire device to be a bit thinner as it’s suggested that the back of the device will be entirely flat, rather than working with any kind of lens bulge.

Edges of the device will also mimic those of the Nexus 7, coming to rather thin points, just wide enough to house the standard power button and volume rocker. The same is true about the front bezel of the Nexus 5, mimicking that of the LG G2 – larger borders on the top and bottom, nearly nothing on the left and right.

It’s not yet known what manner of camera will be housed in the Nexus 5, but we’d be surprised if it were anything smaller than 10-megapixels – with optical image stabilization and a single LED flash to boot. Sound reasonable to you?