It would seem that Samsung’s stepping up to the challenge set by Apple’s iPad Pro with a pair of new tablets this August. This new set of tablets is rumored to roll out at the same time, at Samsung’s next Galaxy Unpacked event, right alongside the Samsung Galaxy Note 20, Galaxy Z Fold 2, and Galaxy Z Flip 5G. That’s quite the collection of devices, and certainly a bigger lineup than any recent event held by an Android-toting smart device company.

The Samsung Galaxy tablets coming to the event are tipped by Gizmodo to be in Samsung’s system under the codename “Palette.” If the rumors of the Galaxy Note 20’s codename (Canvas) are true, it would seem that these larger devices are pretty much a lock for S Pen compatibility.

This would be a blessing for those users that’ve been waiting since the last massive Galaxy tablets with S Pens inside. Remember the Samsung Galaxy Note Pro 12.2 LTE? That’s what we’re likely talking about here, again. But this time, we’ve got the potential for something far greater. 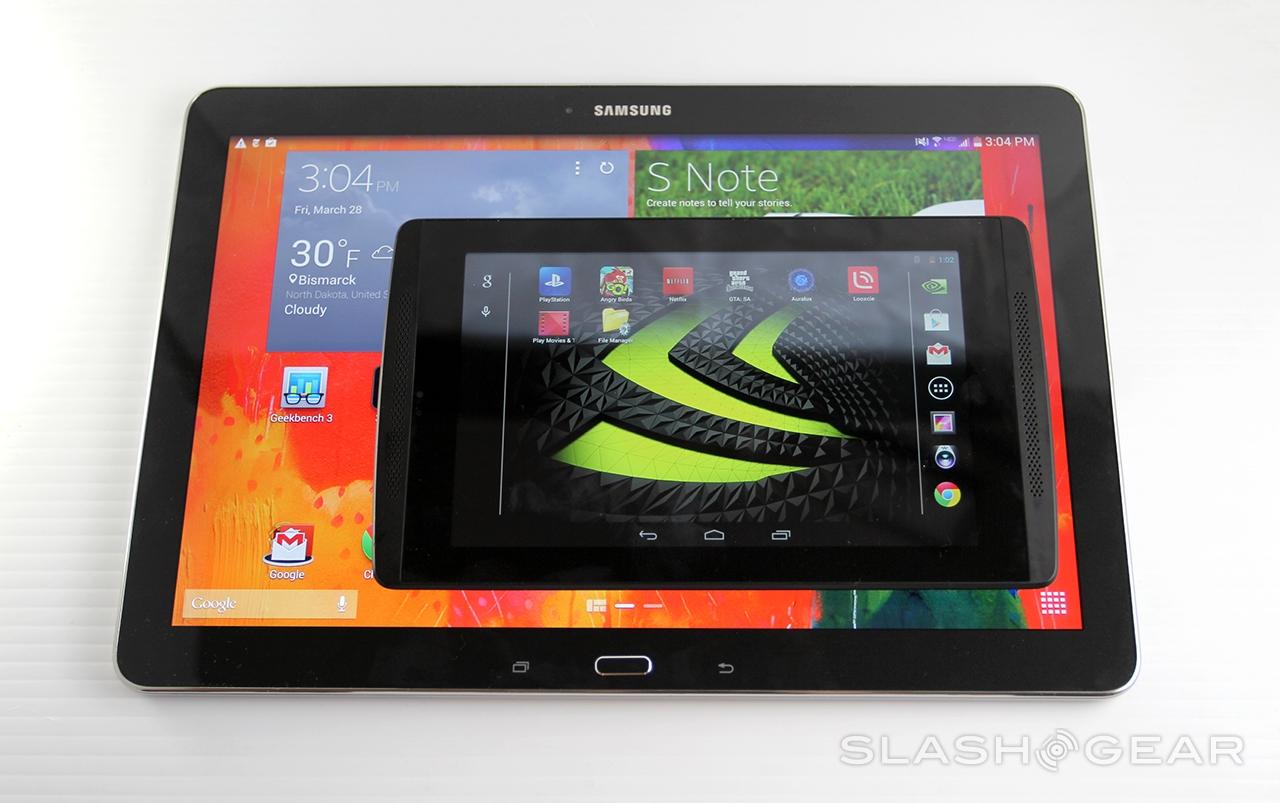 Samsung’s next pair of tablets could potentially include all the abilities given to the Galaxy Note 20, but with a far larger display, and all the benefits of a device that doesn’t absolutely need mobile data connectivity. We’d have a device there that doesn’t cost quite as much as an iPad Pro, but has some of the most up-to-date stylus abilities and Samsung’s access to the finest display panels in modernity.

Two devices were leaked, both with the ability to work with Samsung-made keyboard attachments, and two tiers. One tablet will be the lesser, the other will be the greater. The greater is tipped to have a 120Hz image refresh rate display, while the lesser… doesn’t.

The Samsung Galaxy “Pallet” tablets are tipped to be offered in 2 or 3 configurations each. The greater is supposed to appear for around $650, $750, and $820 USD (or thereabouts, converted to USD), with Wi-Fi (only), 4G LTE, or 5G connectivity. The lesser device is apparently coming in two configurations, one Wi-Fi (only), the other 5G, for $800 or $900 USD.

We’ll know more about these devices – UPDATE: And the Samsung Galaxy Watch 3 – at the official Samsung Galaxy Unpacked event on August 6th, 2020. We’ll see the Samsung Galaxy tablets outlined above released in around September of 2020, while the other devices shown will each have their own unique release dates in the weeks and months following the event.