It seems to be LG‘s habit to make somewhat big announcements before a scheduled event, perhaps to build up hype or to get the extra cruft out of the way first. LG Display, it’s display making business, is making a big fuss over its new 5.5-inch Quad HD IPS LCD Panel that boasts of a few innovations like a higher color gamut and in-cell touch technology. But more than just the virtues of the display itself, the announcement also holds some clues regarding the upcoming LG G4 flagship.

LG Display practically confirms what we have already guessed: the LG G4 will be debuting at LG’s April 28th event. If that wasn’t already evident in the invitation, this press release makes it pretty much clear. This display “will be used in LG Electronics’ forthcoming flagship smartphone to be unveiled at the end of the month.” Considering LG only has one event scheduled around that time, we can simply connect the dots.

As to the display’s features, LG says it focused on three key areas. The first is improved color gamut, claimed to be up to 20 percent better than existing LCD panels. It accomplishes this, says LG, by combining a blue LED chip with red and green phosphors instead of yellow phosphors as is the case in common LCD displays. The other improvement is the higher contrast ratio, which results in blacker blacks and sharper images, achieved through photo-alignment technology. Combined with a 30 percent increase in brightness, which LG claims doesn’t increase power consumption, the display is poised be one that can be comfortably used even under bright light.

The third advancement that LG boasts of is the Advanced In-Cell Touch (AIT) technology. In normal touch displays, the touch panel is actually overlaid on top of the display panel. With AIT, however, LG embeds the touch sensor inside the LCD itself. This has two main effects. The first is that the overall panel is slimmer, as it reduces the required layers by one. The other is that it becomes more sensitive to touch, allowing the display to be used even with some water drops. Perhaps these hint at the LG G4’s slimmer profile and water resistant qualities. 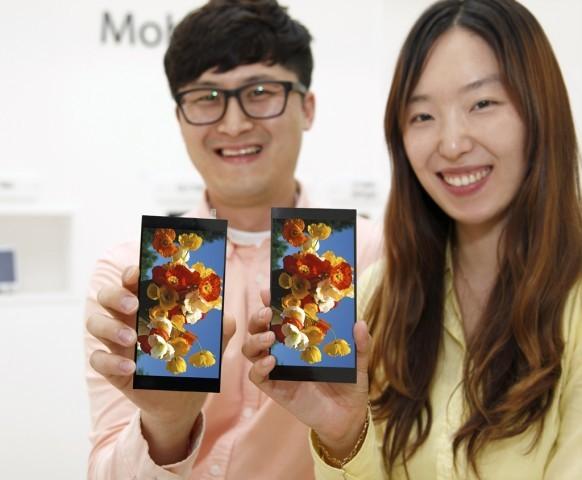 In terms of size and resolution, the new panel doesn’t differ much from the G3’s, with a 5.5-inch screen and 2560×1440 QHD resolution. In this case, though, it’s what’s inside that counts. We could probably put one piece of the LG G4 puzzle to rest with this announcement, though, of course, it is just one piece of a bigger whole.