Amazon is preparing a new Kindle Paperwhite, with the updated ereader prematurely listed on the retailer’s own site. The new Paperwhite will address some of existing owners’ biggest requests, including a larger display than the current Kindle, and the addition of features like support for wireless charging.

The current Kindle Paperwhite – the fourth generation of that model – was launched back in October 2018. It has a 6-inch e-paper display running at 300 ppi resolution, with five LED edge lights for nighttime illumination. It’s also IPX8 waterproof, and includes Bluetooth for connecting with wireless speakers and headphones.

Now, though, Amazon is readying its replacement. The Kindle Paperwhite 5th Gen was spotted at Amazon Canada by GoodEreader, with two versions of the ereader seemingly imminently preparing to launch. Most conspicuously, there’s now a larger 6.8-inch display. 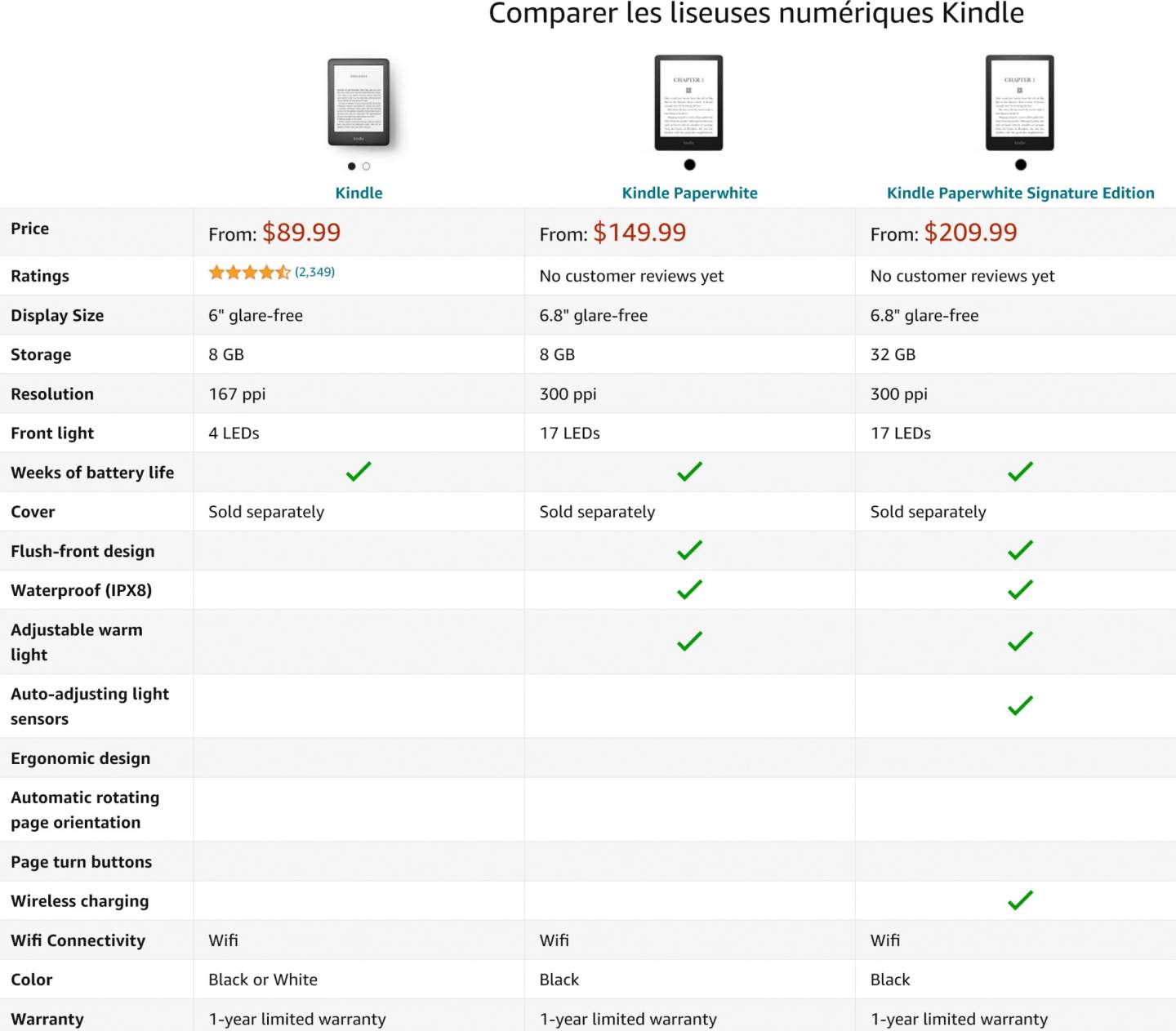 That has the same 300 ppl resolution as the outgoing model, so you won’t get any more detail on the e-paper display than before, but it should make text and graphics larger and easier to read. The other big change, though, is the front light illumination system.

That now has 17 LEDs, rather than five. By combining different temperatures of LED, meanwhile, Amazon can adjust the color temperature of the display: warmer or cooler, depending on your preferences.

The regular new Kindle Paperwhite will have 8GB of internal storage, while the Kindle Paperwhite Signature Edition will upgrade that to 32GB. It’ll also have auto-adjusting light sensors, which the regular model lacks, and wireless charging support.

Although there’s no extra detail on that charging, it seems likely that Amazon will be using the Qi wireless standard. After all, it has done that already with the latest Echo Buds (2nd Gen) earbuds. Amazon even partnered with wireless pad manufacturers on custom chargers for the earbuds’ case. It’s unclear whether the much-maligned microUSB charging port on the ereaders will have been replaced with a newer USB-C connection, though.

As for when Amazon might be officially launching these new models, that also remains to be seen. If they’re being listed on the company’s site, though, it seems the answer to that will be sooner rather than later. In Canada, the regular Kindle Paperwhite 5th Gen will be CA$149.99 – CA$10 more than the current version – while the Paperwhite Signature Edition will be CA$209.99.