Here on the first day of its release, the new Retina-quality iPad has been jailbroken. It certainly does not take long for users on the hacking front to get their devices busted open these days, and Apple‘s new iPad is no exception to the rule! What you’re seeing here is the first of many steps towards jailbreaking and keeping the iPad jailbroken – expect a full release of the method soon!

We’re sitting here on the first day that the iPad is out in the wild and it’s not even 2.5 hours since Los Angeles actually had the device released and poof! The device has been jailbroken – in Los Angeles, believe it or not. It’s self-professed iPhone Hacker MuscleNerd who appears to have done it, showing off his hacked front screen and Cydia working just fine here in the newest generation Apple slate. 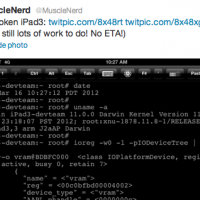 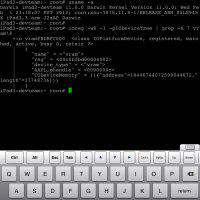 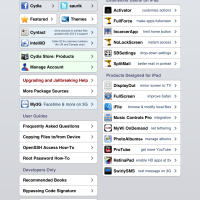 We’ll be waiting for the wide release of this break-in on the tablet in the coming days (and perhaps weeks). For now we’ve got plenty of apps and games and all manner of activities we can do on the new iPad without doing such mischief! Have a peek at the timeline below to get the full list of iPad action today and into the weekend!