Today has seen Apple release the first major patches to both OS X 10.11 El Capitan and iOS 9 in the form of “.1” updates to each. OS X 10.11.1 and iOS 9.1 both focus on several bug fixes and improvements, but most important of all is that they bring a slew of new emoji characters to the desktop and mobile platforms. The updates are available now, with OS X users just needing to visit the Mac App Store and iOS users navigating to System Update in the General section of the Settings app.

Starting off with OS X 10.11.1, the release notes mention that among the bugs addressed are compatibility issues with Microsoft Office 2016 and problems with information and messages not displaying properly in Mail.

As for iOS 9.1, the update fixes one of the more annoying issues with the iPhone 6s’ new Live Photos feature. The device will now detect when it is being raised or lowered, so these movement won’t be recorded in when Live Photos are being captured. The other noticeable addition is an option for having contact photos display or not next to conversations in the Messages app. 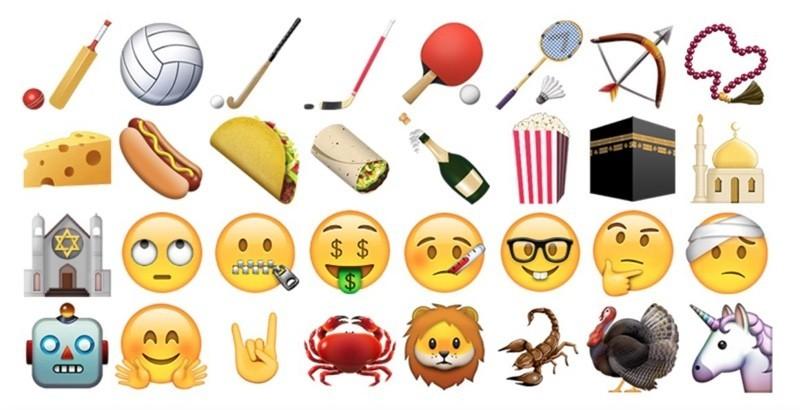 Now, on the really good stuff. The updates for both OS X and iOS include support for Unicode 7 and 8, and introduce over 150 new emoji characters, including a taco, burrito, unicorn, prayer beads, bow and arrow, and facial expressions like “deep thinking” and an eye-roll. But what will surely be the most-used going forward is the middle finger hand gesture.