There’s a new Amazon Echo device with a shape like a lopped-off sphere as of this afternoon. This device was revealed during a special Amazon event in which Amazon’s revealed a WHOLE BUNCH of other items. This device has at least two iterations, one with a clock, the other without. UPDATE: And there’ll be an Echo Dot Kids Edition with animal faces.

There’ll be at least three iterations of the Echo Dot with three different colors of fabric – that’s not counting the Kids Edition. This new device works as a smart home hub, complete with Zigbee connectivity and Bluetooth Low Energy. And it looks like a Nexus Q!

Inside the device will be an Amazon-made AZ1 “neural edge” processor for “best-in-class power efficiency” and up to 2x faster speech processing. Faster than what, we don’t yet know – Amazon’s likely comparing to their otherwise most-recent Echo Dot device’s processor – but we’ll see! 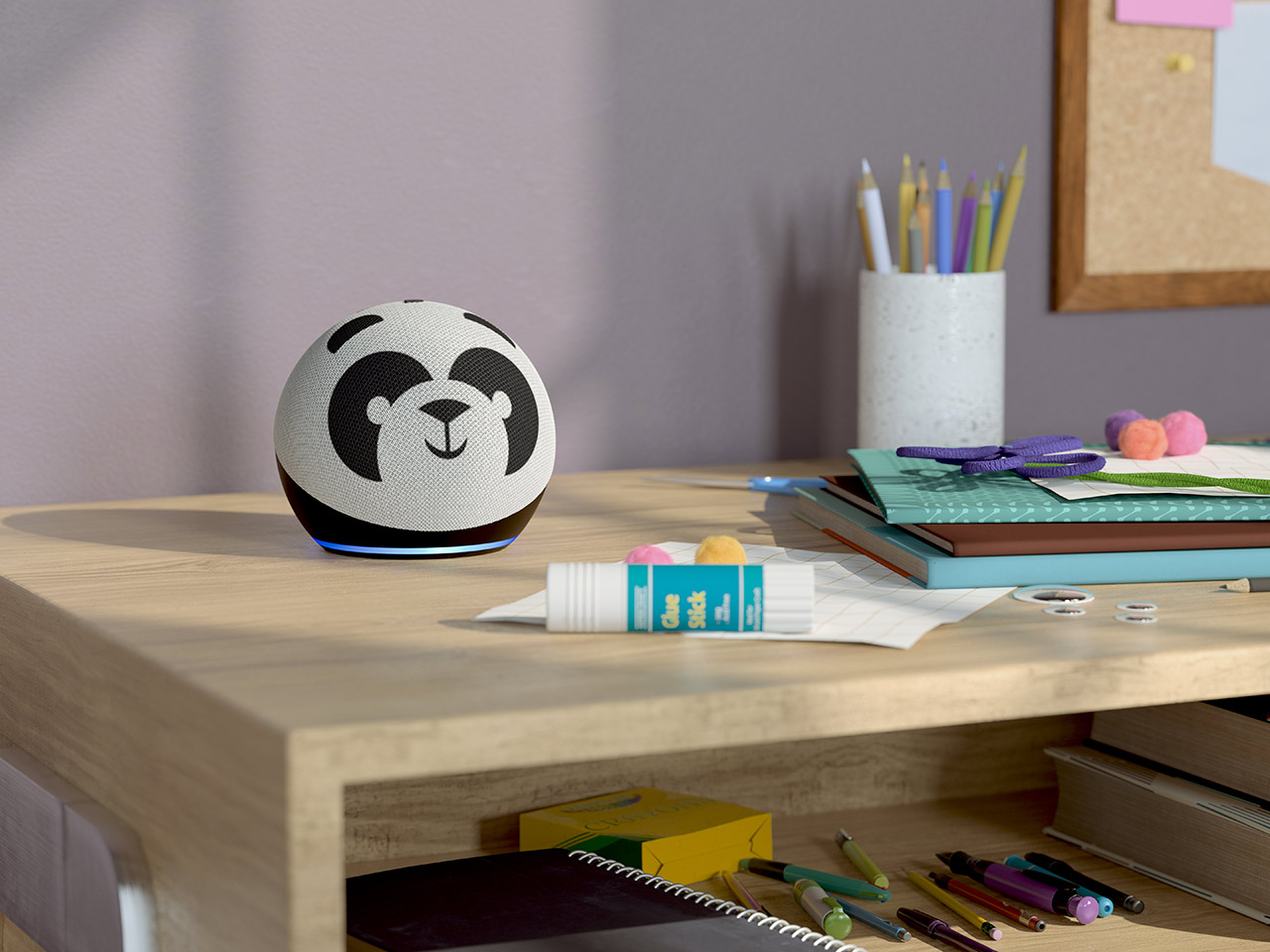 This device has the ability to work with Alexa voice profiles for kids. So it’ll learn your child’s voice and switch to “kids mode” on the fly.

Alexa can now learn from the commands user gives, filling in gaps in the assistant’s knowledge by asking relevant questions. Initially for smart home devices, it’ll allow Alexa to create new routines and more, depending on what users ask for and how they explain it, all done by voice. 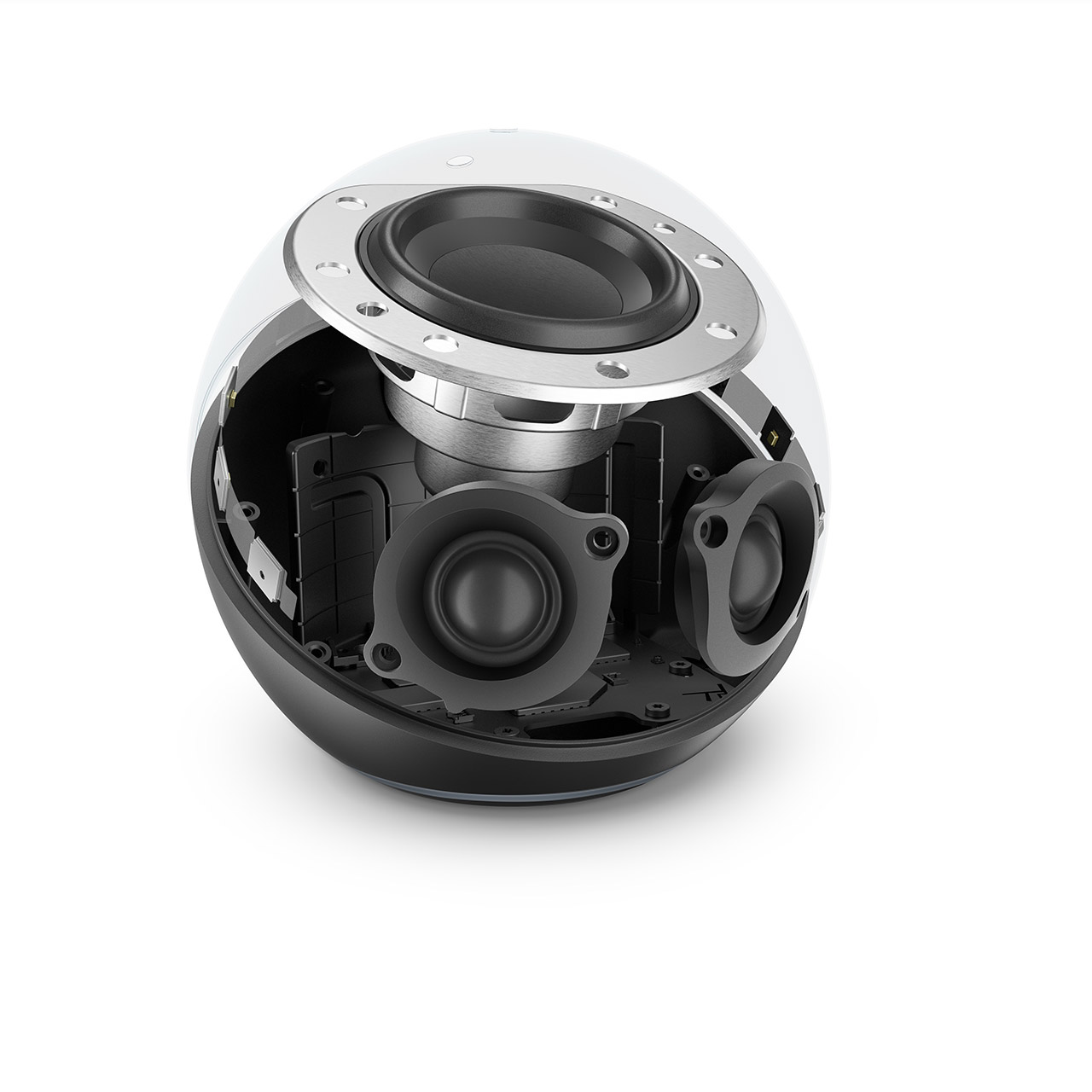 If you way “Alexa, set the light to Paul’s morning mode,” referring to a non-existing previous routine, Alexa will then ask “What do you mean by Paul’s morning mode?” You can then reply “Set brightness to 40-percent,” and Alexa will remember that’s what you intended. You’ll then be able to call up the same routine later on by the same name, without having to establish it in the app. 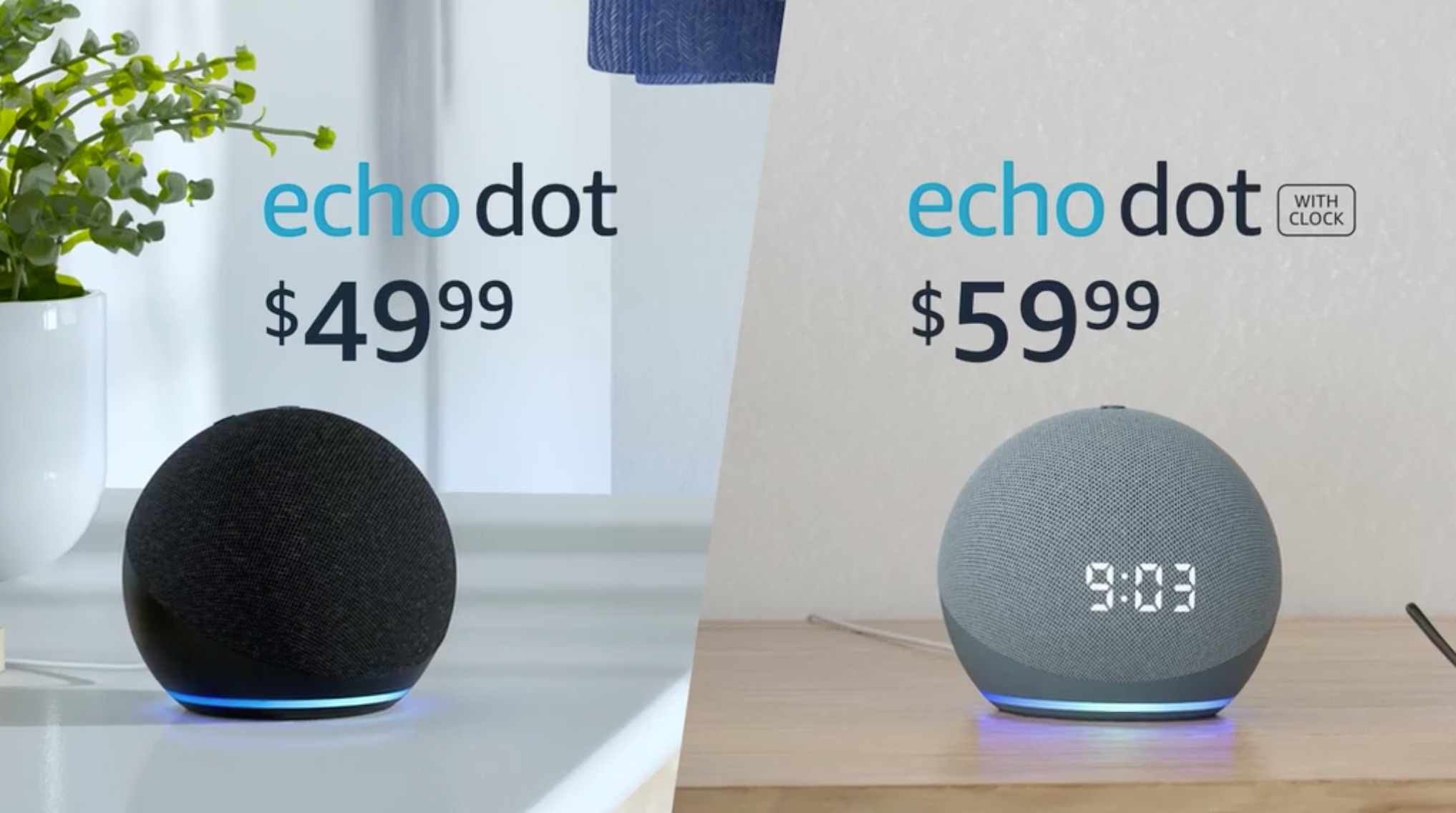 Meanwhile, Alexa is also getting a new natural turn-taking mode. “Alexa, join our conversation” will trigger a response from the smart speaker, at which point it’ll understand multiple people speaking in a conversational format. Two people would be able to interact with a menu on-screen on an Echo Show, for example, discussing options and then placing an order.

The cheapest you’ll find the new Echo Dot is approximately $50. The $50 version is the most basic Echo Dot, then there’s the Echo Dot With Clock for $60. There’ll also be an Echo Dot Kids Edition for $60 without said clock, but WITH animal faces.