Hydrogen trucks haven’t given up on carving out a place in the haulage industry, and Navistar, GM, and OneH2 are hoping the offer of a fuel-cell ecosystem might sway operators. The truck-maker aims to build Class 8 hydrogen-powered tractors using General Motors’ Hydrotec fuel cell power cubes, capable of 500+ miles of range, and with a full refueling taking under 15 minutes.

The Navistar International RH Series fuel cell electric vehicle trucks will each contain two of the Hydrotec cubes. Each of those has 300+ hydrogen fuel cells, along with the power and thermal management systems to operate them. While final specifications aren’t being shared yet, Navistar says it expects its trucks to have better power density than diesel for short-range travel, along with better short-burst kW output.

Per-mile costs, meanwhile, are expected to be comparable to diesel, “in certain market segments,” Navistar predicts. 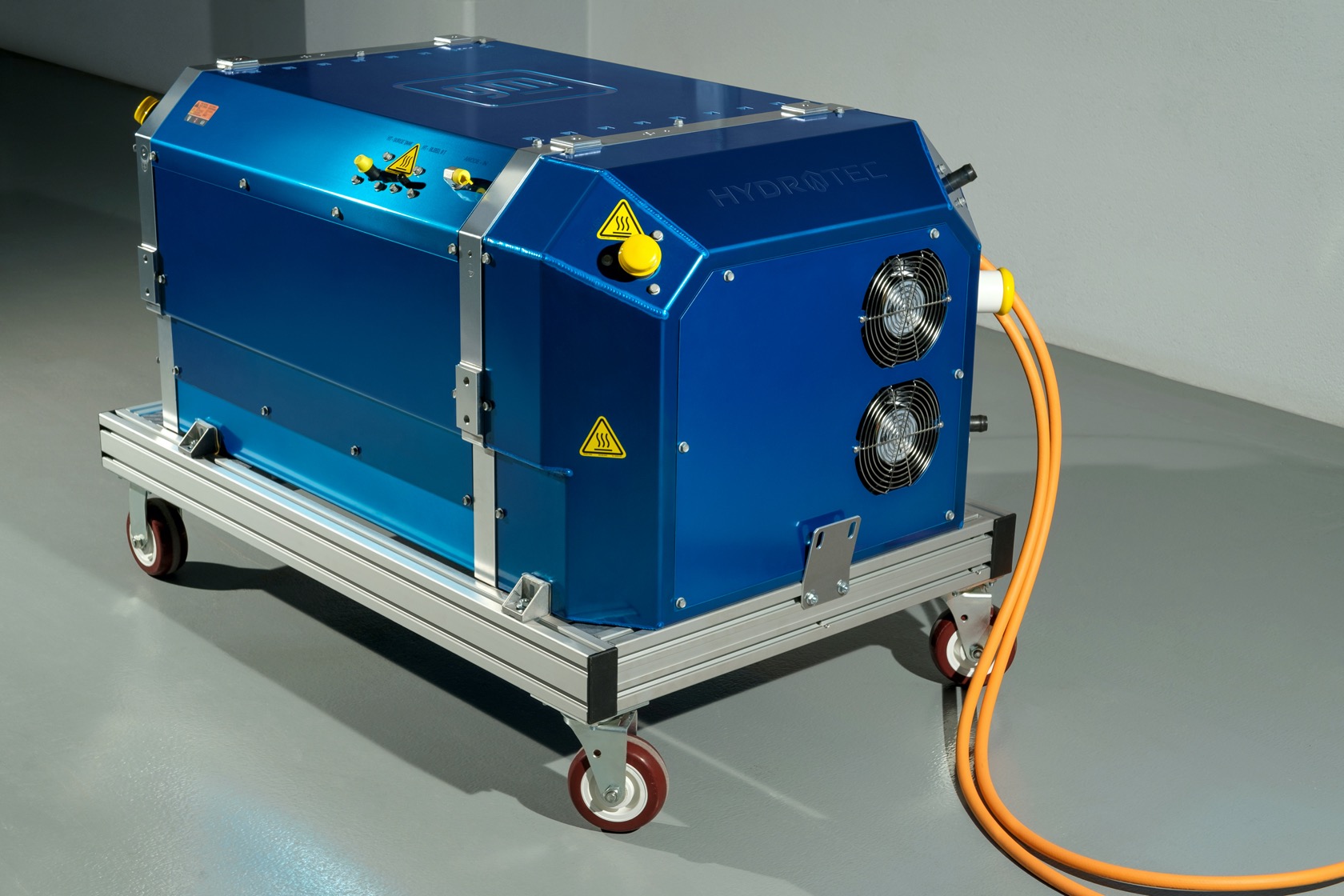 The challenge hydrogen vehicles have long faced, of course, isn’t so much the powertrain technology as the fuel infrastructure. Compared to gas stations, or even DC fast chargers for electric vehicles, hydrogen pumps are very much in the minority. “The main question is always ‘how do we operate these units with the infrastructure for hydrogen?’,” Persio Lisboa, president and CEO of Navistar, explained.

The answer comes courtesy of OneH2, which currently provides hydrogen fuel to various customers. For small fleets, of fuel cell trucks in single digits, that will mean transporting tanked hydrogen to locations like depots and service centers. However, for 10+ trucks, OneH2 envisages putting small-scale hydrogen production units on the premises for customers.

These units would rely on steam methane reforming, relying on natural gas to produce hydrogen. Combined with an initial rollout along pre-mapped routes, it would mean trucks could avoid going out of their way to refuel. “We don’t necessarily need to build a mega-scale plant and haul miles for the customer to use,” OneH2’s Paul Dawson, president and CEO, says.

It’s been enough to catch the attention of J.B. Hunt Transport, which will be Navistar’s partner for a pilot scheme on dedicated routes. Right now, nobody is saying just how many trucks will be in that pilot fleet, nor which locations the fueling stations will be at. The first test vehicles are expected at the end of 2022, Navistar says, while production versions of the trucks should be ready for the model year 2024.

Navistar isn’t alone in working on fuel cell based trucks, of course. Indeed, GM is in the midst of negotiating a supplier deal with Nikola Motors, to sell the startup Hydrotec hardware for its own trucks. Neither is hydrogen the only green game in town when it comes to alternative truck fuels, with automakers like Tesla promising all-electric models.

Indeed, Navistar is working on battery-electric trucks itself, with production potentially a year out. “Navistar takes a pragmatic approach to technology,” Lisboa says, pointing out that if you don’t have both types of powertrain to offer, then you have to push customers to all use the same. 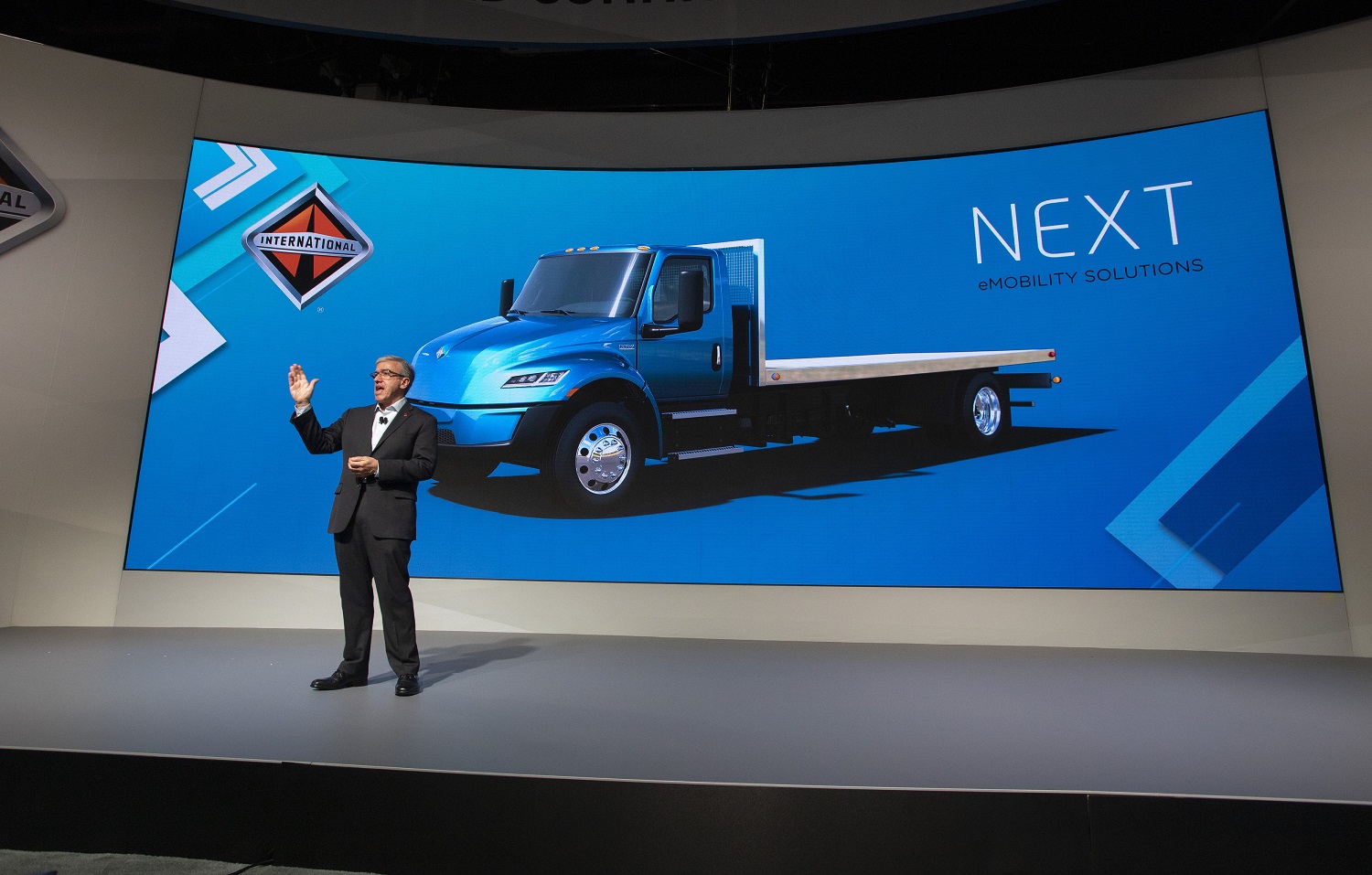 “We think that both BEV and fuel cell technology are important solutions in this market place,” Gary Horvat, VP of eMobility at Navistar, argues.” Typically lower milage – 250-300 miles or less – would be battery electric, but as we go 300 miles or above then fuel cells have the advantage … we see both as applicable.”

Advances in battery technology are, in fact, important for fuel cell trucks too. After all, while such vehicles may rely on hydrogen for their primary fuel source, they also have batteries to gather regenerative energy from braking, among other things. Not having to worry about charging those batteries up from external sources, however, is the big plus, Navistar says. 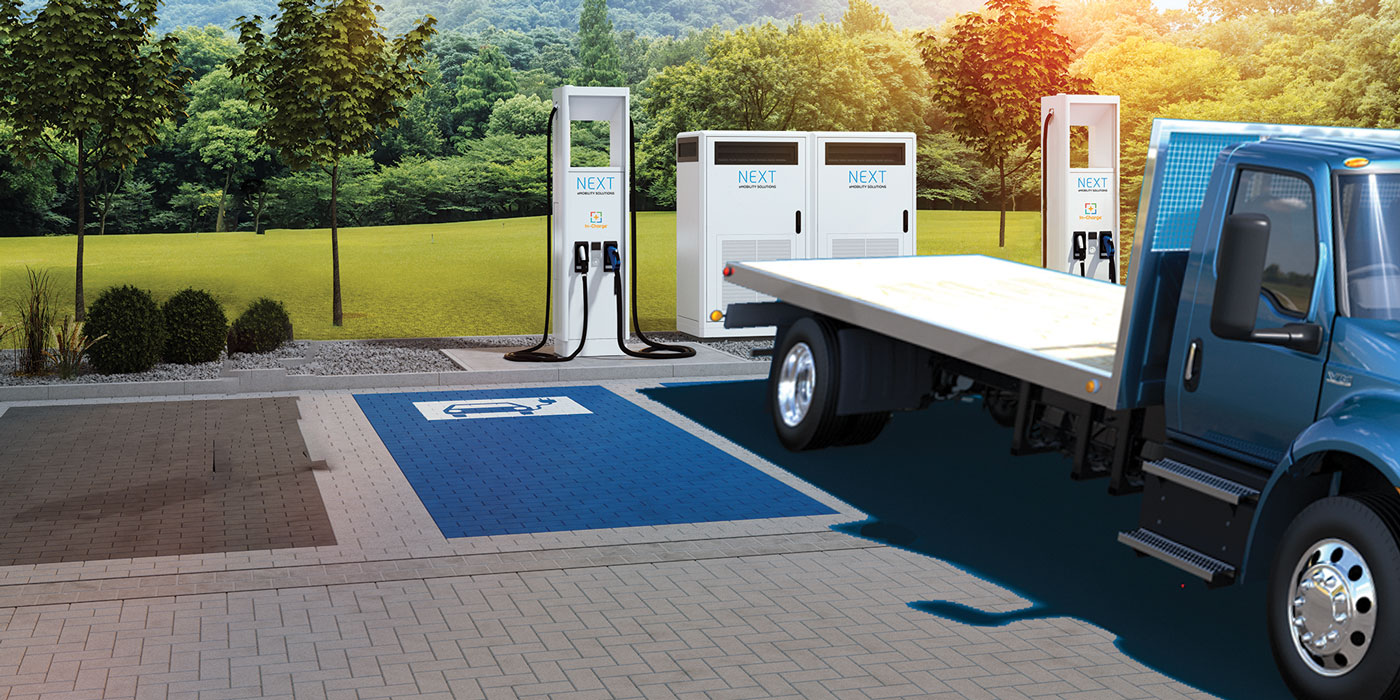 “One of the advantages of the fuel cell is the fast refueling,” Lisboa explains. “The challenge for Class 8 trucks is that, if you want to go higher range, you have to add more batteries if you’re a battery-electric truck. That takes a lot of payload out of the customer’s business.”

Perhaps of most interest, though, is the companies’ ambitions for the hydrogen fueling network they want to build out. “We don’t want it to be proprietary,” Lisboa insists, with the general principle being that the more fuel cell trucks are on the road, the better for the industry in general. Whether selling an ecosystem rather than just a vehicle works as a better pitch for companies looking for greener haulage, though, we’ll have to wait a few years to see.