It’s been some time since NASA‘s New Horizons probe completed its flyby of Pluto, but the agency has just released the first batch of latest images to get sent back to Earth. Among the stunning new views of the dwarf planet are a mosaic that gives the perspective of being 1,100 miles (1,800km) above its equator, along with a variety of images showing the diverse landscape, including craters, icy plains, and valleys.

From the shot above Pluto’s equator, to the northeast is the dark region dubbed Cthulhu Regio, full of craters, while beyond that is Sputnik Planum, with its icy plain and occasional mountain. The images released today show both the oldest and youngest geological regions of Pluto, with NASA adding that if there really are dunes, it could suggest there might have once been wind to create the formations. 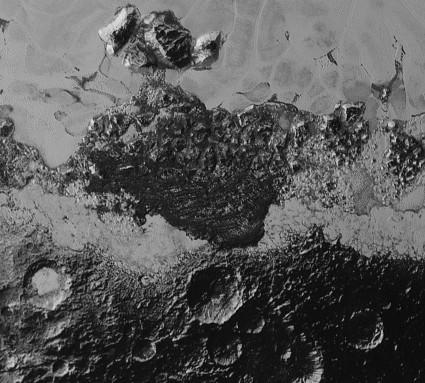 These new images were captured by the LORRI camera on New Horizons, the same used to take all the photos of the approach and flyby of Pluto. While photos and other data were all collected by the spacecraft in July, it is an incredibly slow process to get to back to earth. This recent batch of images only started getting sent on September 5th. 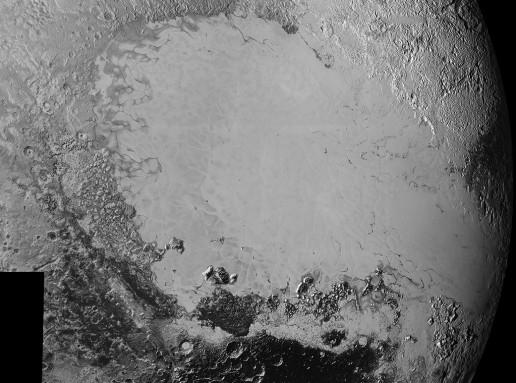 Roughly 95% of all the Pluto data still remains on New Horizons, and NASA estimates it will take over a year to get everything transmitted, as the spacecraft is so far away that data is only sent at a rate of 1 to 4 kilobytes per second.

NASA says they hope to be able to release new, unprocessed photos every Friday. As for New Horizons, the NASA team has already decided on its next target, and once final approval is given it will make its way towards the Kuiper Belt where it will study a comet-like object called 2014 MU69. 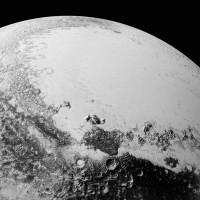 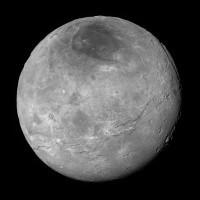 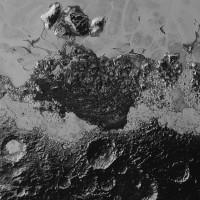 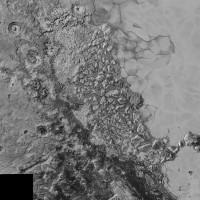 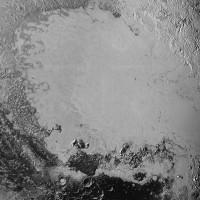