The best Pluto photos from New Horizons so far

New Horizons successfully reaches and passes Pluto, taking photos during a 22-hour period of observation. What we’re doing here is collecting the best of the best – which, incidentally, may end up being the whole collection. Straight from NASA to your eyeballs, these are the first images of Pluto from within several thousand miles of the dwarf planet. You can also have a peek at a large set of images captured over the past few weeks by New Horizons by hitting up our New Horizons tag portal.

The first image you’re going to see (above) is a jpg, just like all the other jpgs send by the New Horizons crew thus far. This image was captured on the 13th of the month, just before the flyby. They’re not quite the original RAW images we’ll see later on. For now, they’re compressed. Eventually we’ll hope to see super-massive images – this is the best of the best so far.

The next image you’re seeing shows the New Horizons team taking a peek at the first images and data as they first arrived this morning. 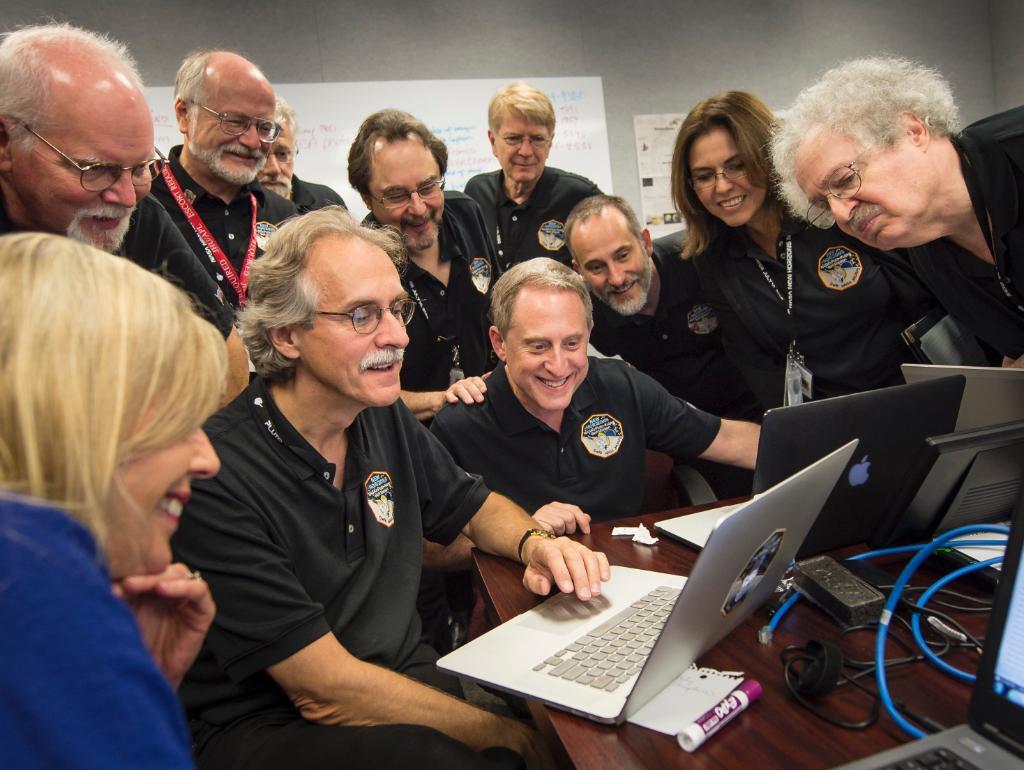 The image below is the first image of the moon Hydra. This is one of several moons that surround Pluto – this is just pixels wide because it’s still extremely far away from the dwarf planet. New Horizons Project Scientist Hal Weaver says “Hydra is primarily composed of water/ice.” 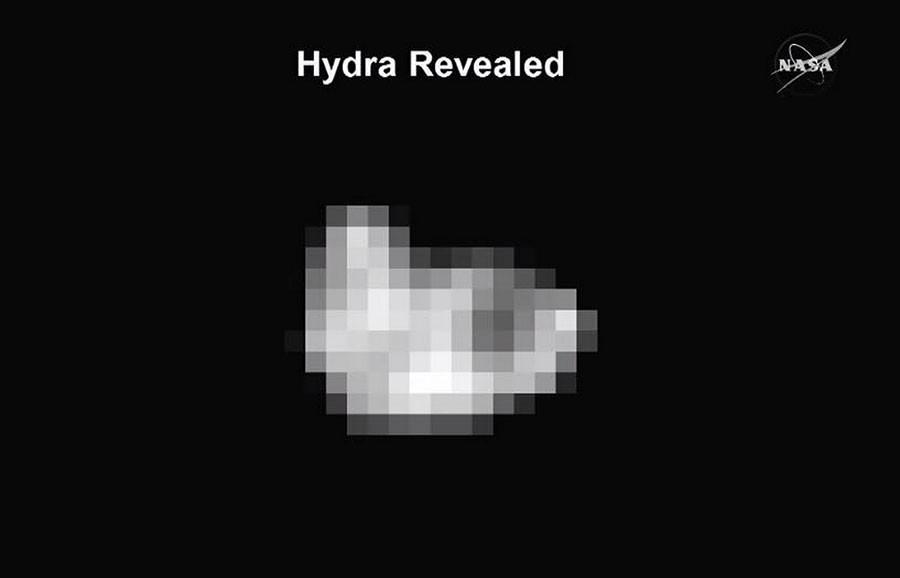 Charon is the next moon we’ve gotten to see here – “look at this, look at that, oh my god that’s amazing” is what the New Horizons crew is said to have been screaming when they first saw images of this planetary body. That’s according to New Horizons Mission Operations Manager Alice Bowman of the Johns Hopkins University Applied Physics Laboratory (APL), who also suggests that internally they’ve been calling the dark area near the top of the image “Mordor.” 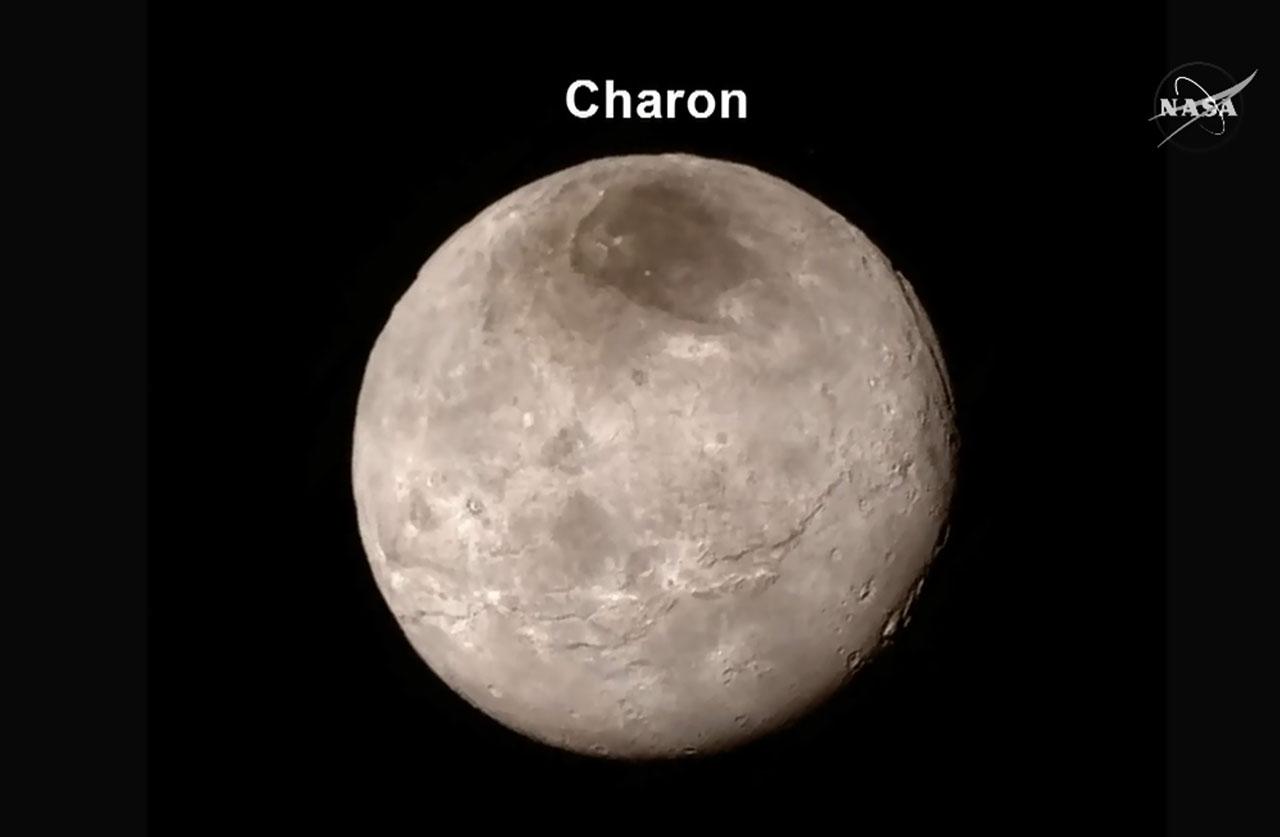 “This is the first time we’ve seen an icy world that isn’t orbiting another planet,” said GGI deputy team leader John Spencer of the Southwest Research Institute. The image you’re seeing here is indicated on the earlier image of Pluto.

“This may cause us to rethink what powers geological activity on many other icy worlds,” said Spencer. 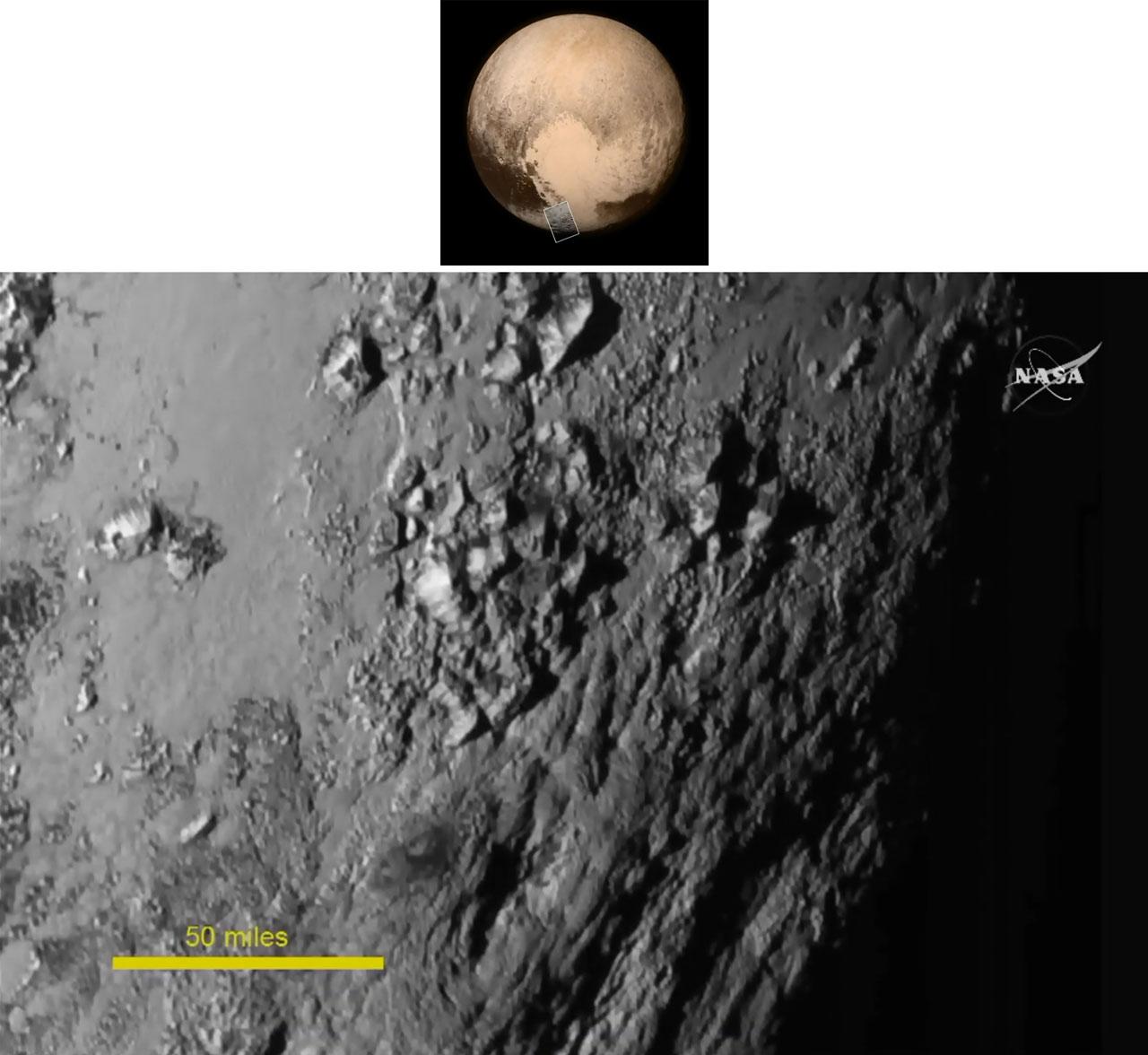 The image you’re seeing above was captured approximately 1.5 hours before New Horizons closest approach to Pluto, when the craft was 478,000 miles (770,000 kilometers) from the surface of the planet.

It’s suggested by the crew that there may be internal activity in Pluto. “This is one of the youngest surfaces we’ve ever seen in the solar system,” said Jeff Moore of New Horizons’ Geology, Geophysics and Imaging Team (GGI). 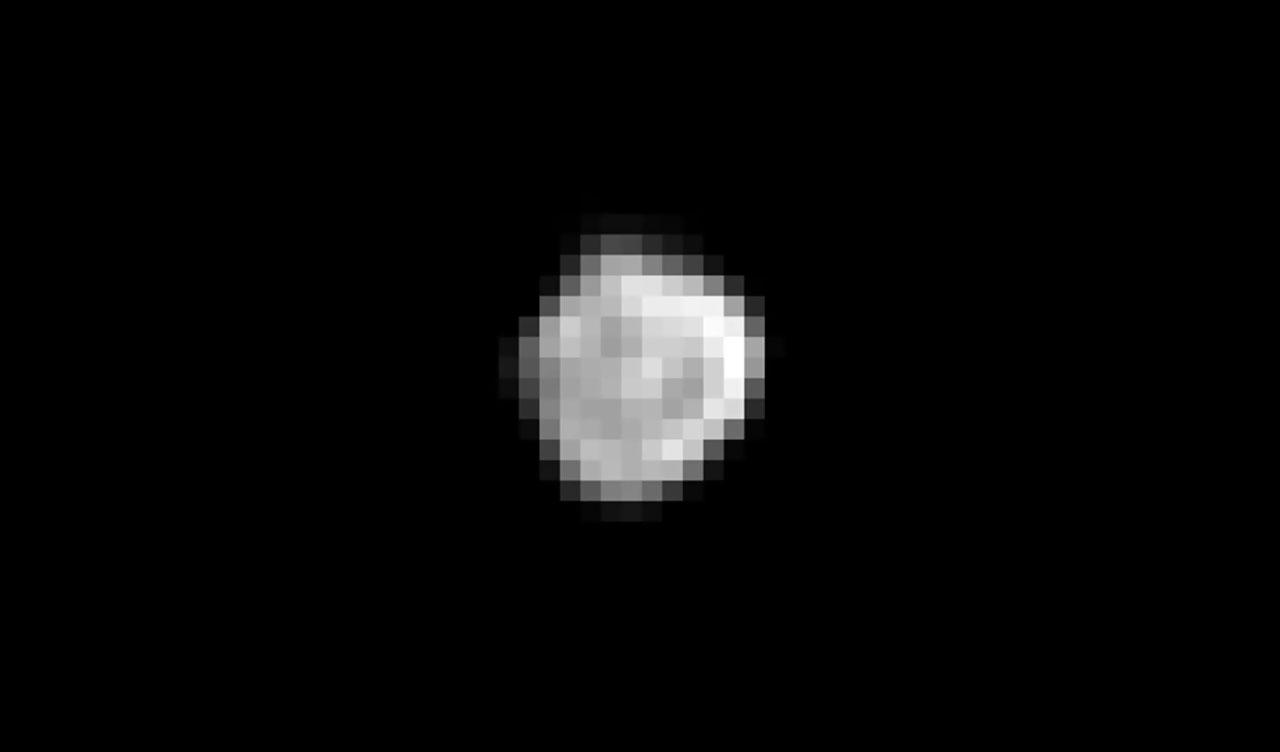 This is Nix. Nix is an elongated moon that orbits Pluto. This is the first well-resolved image of Nix ever published by mankind. 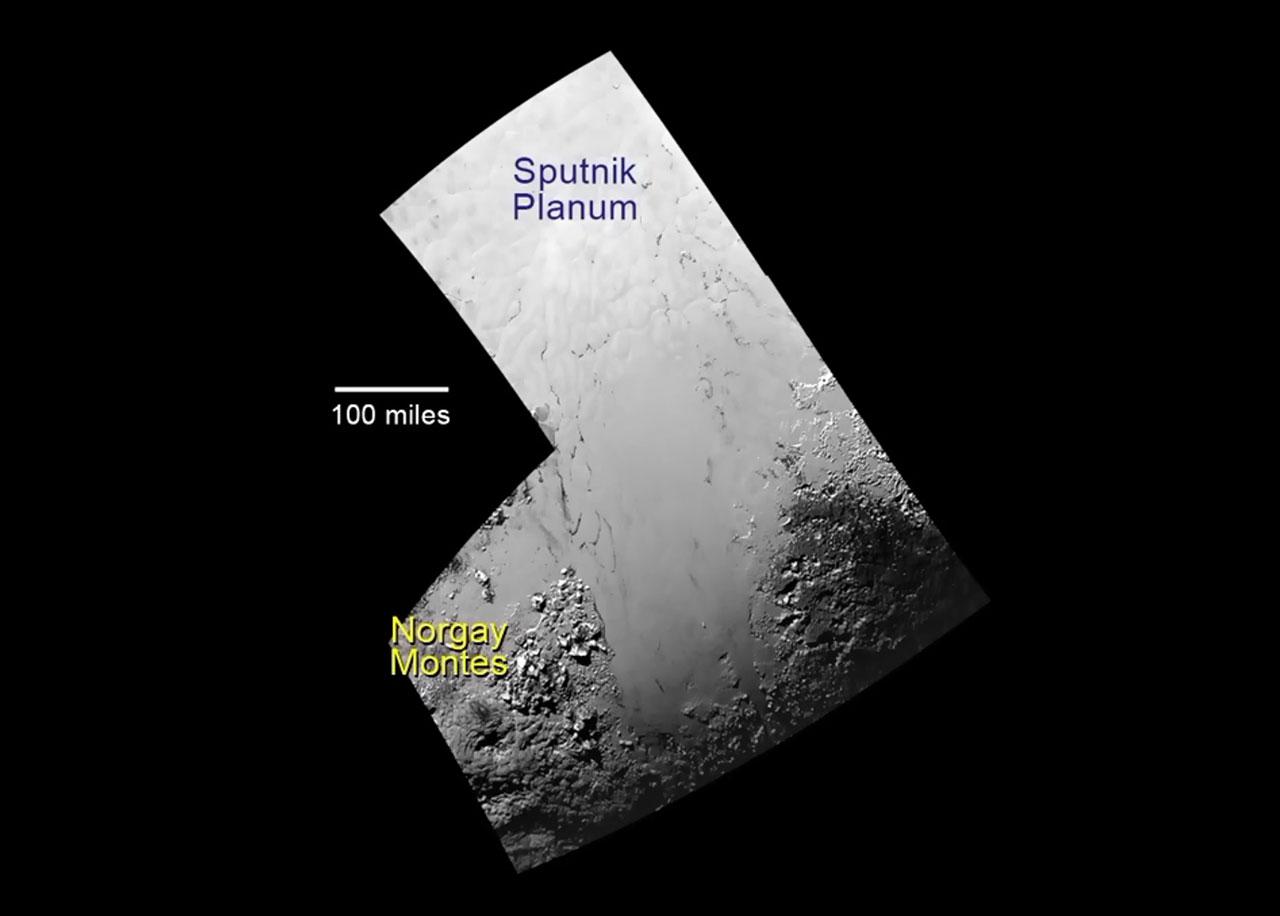 Above you’re seeing a new section of Pluto revealed on the 17th of July with two new regions, one called Sputnik Planum, the other called Norgay Montes. One is smooth and icy, the other is rocky and mountainous. 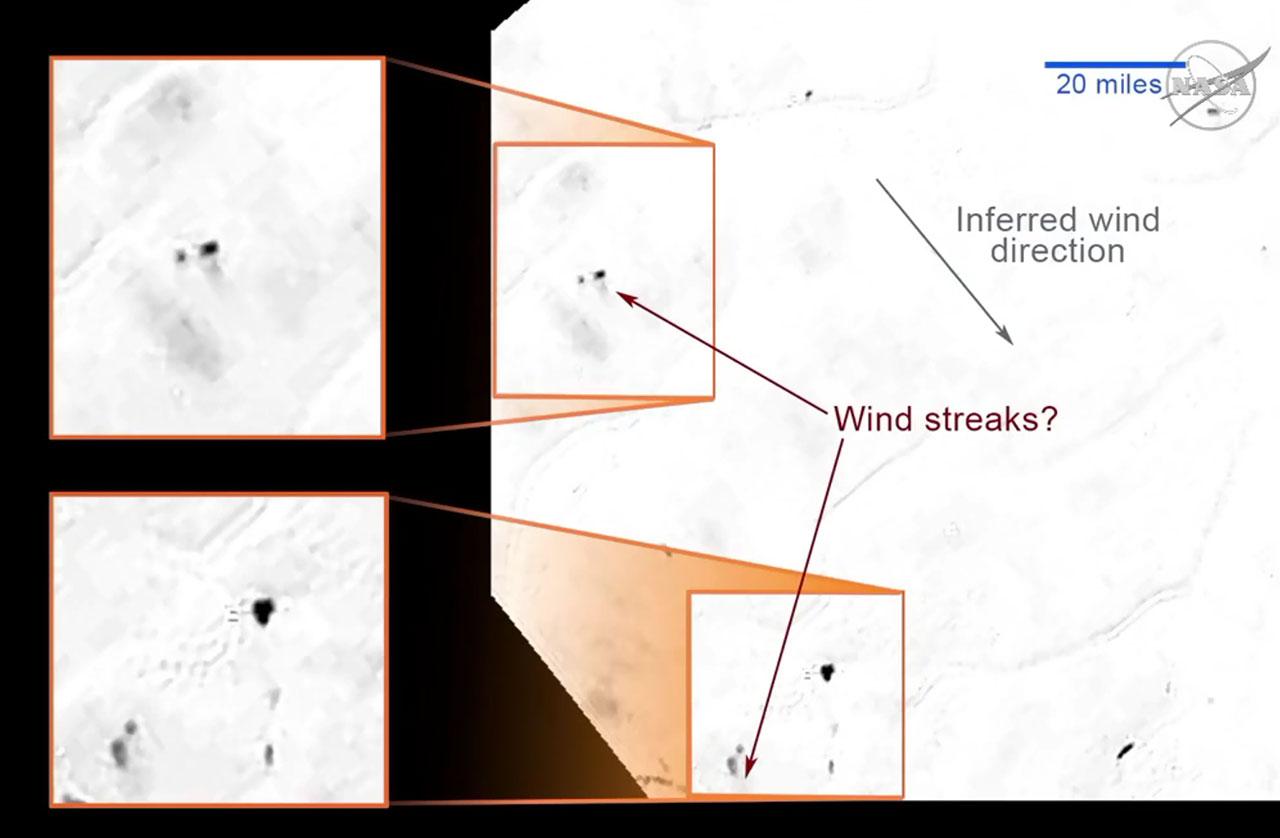 Above you’re seeing indicators of wind and vast waves of ice, both from the Sputnik Planum area. For more information on the vast differences between the rocky and smooth areas on Pluto, head over to our article New Horizons reveal Pluto’s wildly varied landscape. 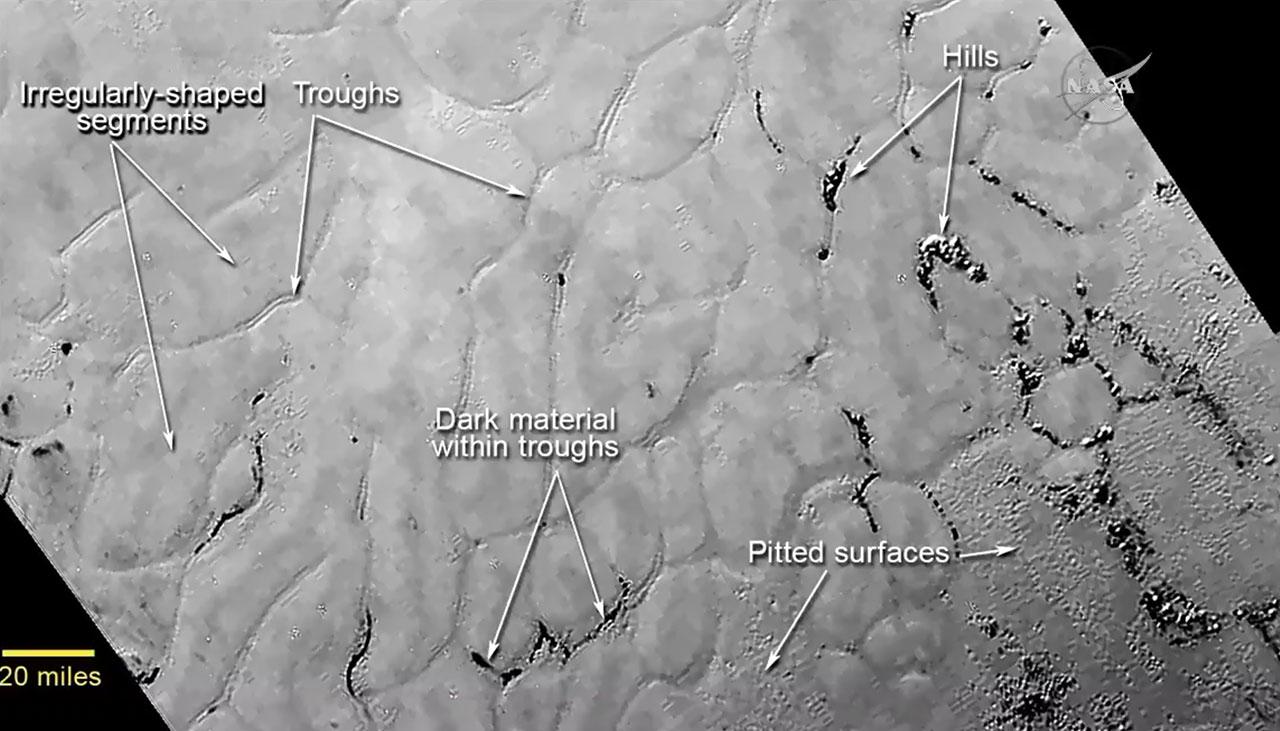 We have yet to see even CLOSER images. Stay tuned as we continue to update this article with more images throughout the day and through the end of the week.