The James Webb Space Telescope, the effective successor to Hubble, has hit three new significant milestones, as NASA prepares to launch the powerful instrument later this year. It’s getting increasingly close to crunch time for Webb, which will grant scientists an unprecedented view of distant galaxies and could help unlock the secrets of how the universe formed, and continues to evolve.

A work-in-progress for several decades now, Webb’s advances over Hubble are clear – and fundamental. It’ll have around half the mass of the Hubble Space Telescope, but a primary mirror more than six times as large. Where Hubble sees the universe in the ultraviolet, visible, and near-infrared regions of the spectrum, Webb will prioritize near-infrared astronomy, along with orange and red visible light, and the mid-infrared region.

As a result, it’ll be able to see older features of the universe, too high in their redshift for Hubble’s instruments to distinguish. Scientists hope that, with Webb, they’ll be able to detect so-called dark stars, for example. These could have been formed in the first galaxies, and comprise a meaningful – but so far effectively invisible – proportion of stellar mass. 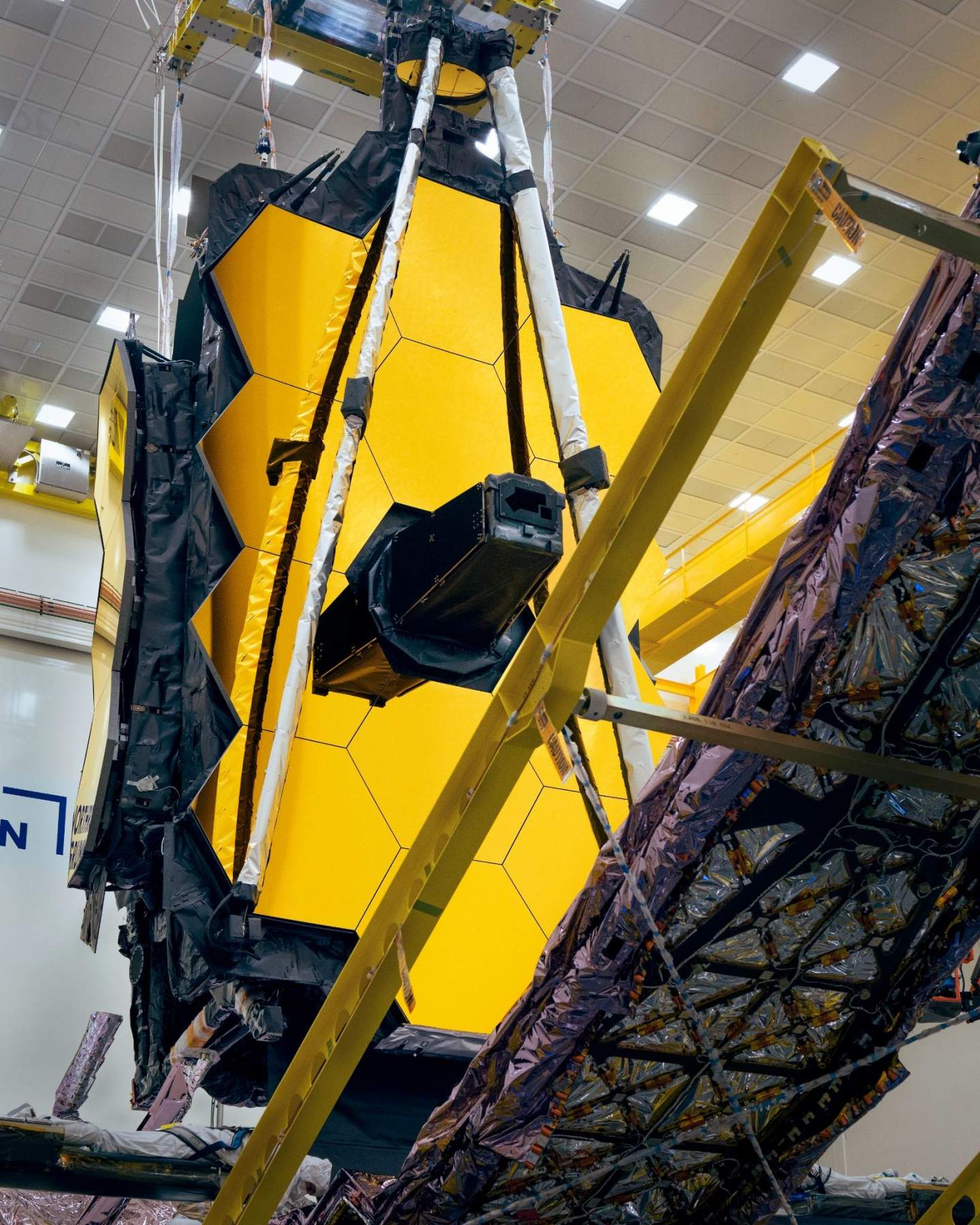 Before it can do all that, of course, Webb needs to actually launch. And, before it can head to the launch pad, NASA and its partners – the ESA (European Space Agency) and the Canadian Space Agency – need to sign off on the various parts. Most recently, NASA says, that means testing the deployable tower assembly.

That’s the part of Webb which will keep the mirrors and instruments separate from the spacecraft itself. The scientific elements of the telescope need to be kept cool, so Webb will be positioned to put the spacecraft bus in-between them and the Sun. The tower was recently deployed to its full, 10 meter (33 feet) length, before being stowed again. “The next time this tower will deploy will be when Webb is in space,” NASA says. 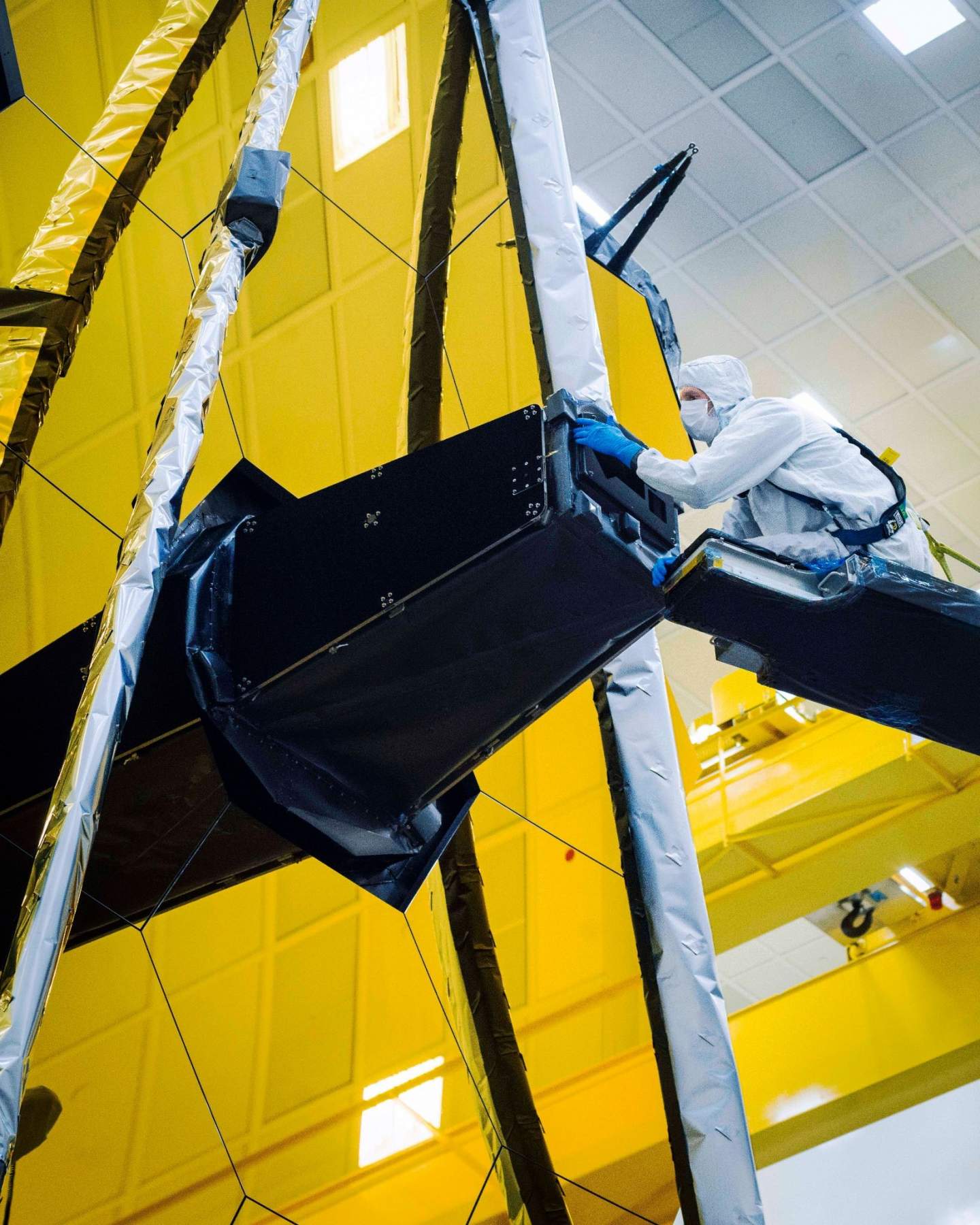 Meanwhile, the “lens cap” of the telescope – officially known as the AOS, or Aft Optics Subsystem, cover – has been removed. It was left in place as Webb was assembled, but has been taken off so as to allow the telescope to be folded up.

The folding is required because, when deployed, Webb is far too large for any current rocket to accommodate. Instead, it’s been designed to fold in on itself, including the all-important sunshield which expands to around the size of a tennis court. NASA’s team has now folded the Unitized Pallet Structure – on which the sunscreen rests – up into their final launch configuration. Locked in place, they’ll also remain there until Webb makes it out to space.

The goal is for that launch to take place this fall, with Webb packaged into an Ariane 5 rocket and launched from Europe’s Spaceport in French Guiana. It’ll be a long journey, mind. The telescope is intended to occupy the second Lagrange point, or L2, around 930,000 miles from Earth. It’ll take around four weeks to get to L2.