Hubble may only just have been fixed, but NASA is wasting no time putting the iconic space telescope back to work and sharing the latest images of distant galaxies. It was a nail-biting month of unexpected downtime for Hubble, after observations came to an abrupt halt in mid-June when the payload computer which manages the telescope shut down.

Given Hubble is now more than three decades old, glitches and grumbles are to be expected. Still, the team responsible for managing the telescope at NASA’s Goddard Space Flight Center in Greenbelt, Maryland were left with a tricky problem to solve, given in-person repairs to Hubble are out of the question.

Instead they figured out a complex switchover to a backup computer onboard, with the risky maneuver undertaken on Friday, July 16. That went smoothly, and by Saturday afternoon Hubble was back shooting unprecedented shots of neighboring galaxies.

“I’m thrilled to see that Hubble has its eye back on the universe, once again capturing the kind of images that have intrigued and inspired us for decades,” Bill Nelson, NASA Administrator, said of the telescope’s return to service. “This is a moment to celebrate the success of a team truly dedicated to the mission. Through their efforts, Hubble will continue its 32nd year of discovery, and we will continue to learn from the observatory’s transformational vision.” 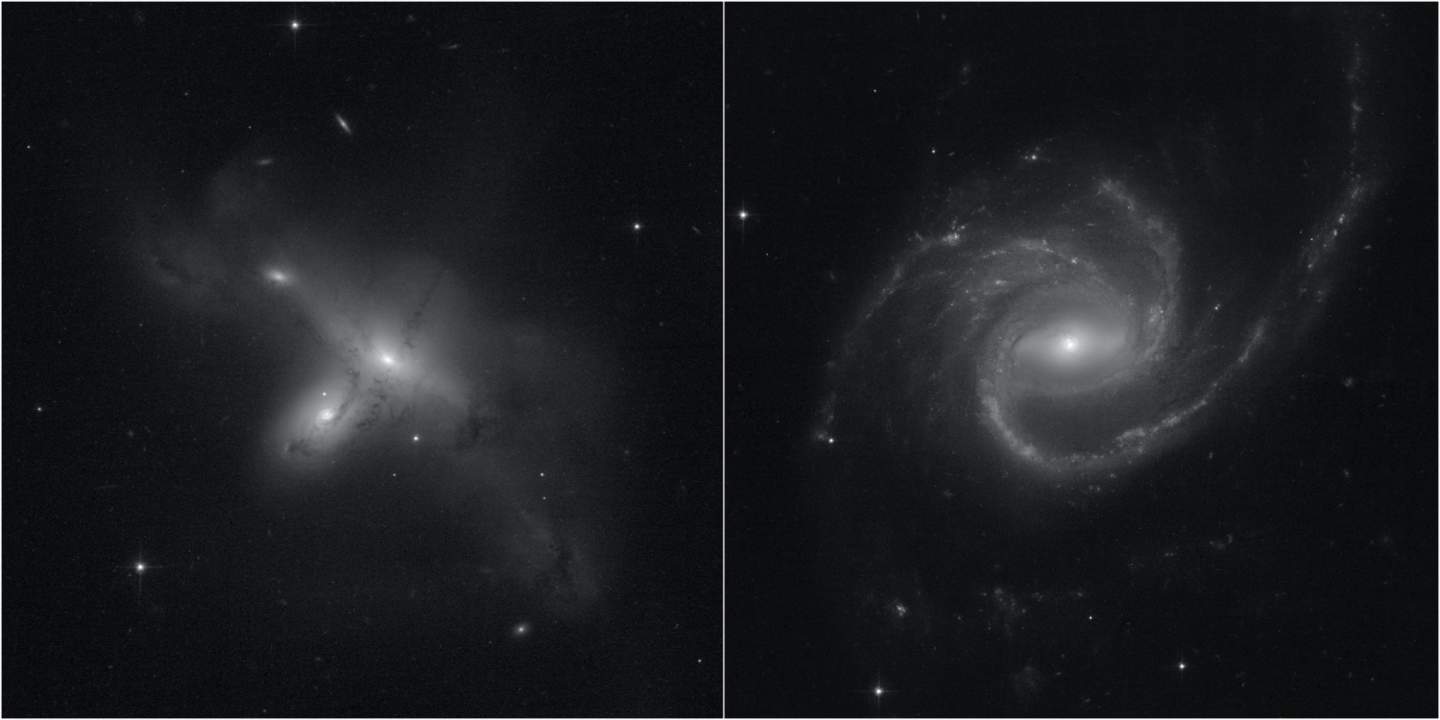 As for what Hubble turned its observations to, with the scheduled tasks from the past month now being pushed back on the agenda, it was two unusual spiral galaxies that were top of its to-do list. ARP-MADORE2115-273 – on the left in the image above – is a pair of interacting galaxies in the southern hemisphere, a rarely observed configuration. ARP-MADORE0002-503 – on the right above – meanwhile, is another spiral galaxy, but which has both extended spiral arms and three of them, both rarities.

They were topics of interest to a program being run by Julianne Dalcanton of the University of Washington in Seattle. Also snapped by Hubble this weekend were globular star clusters and aurorae on the giant planet Jupiter, NASA says.

For the big Hubble fix, some familiar faces

With Hubble being launched back in 1990, and in development for years before that, there’s a huge roster of engineers, scientists, and others who were involved in the space telescope program but who have since moved on or retired. That proved to be an invaluable resource over the past month, as NASA worked to both figure out what had caused Hubble to switch into its protective safe mode and cease observations, and how that could be fixed. 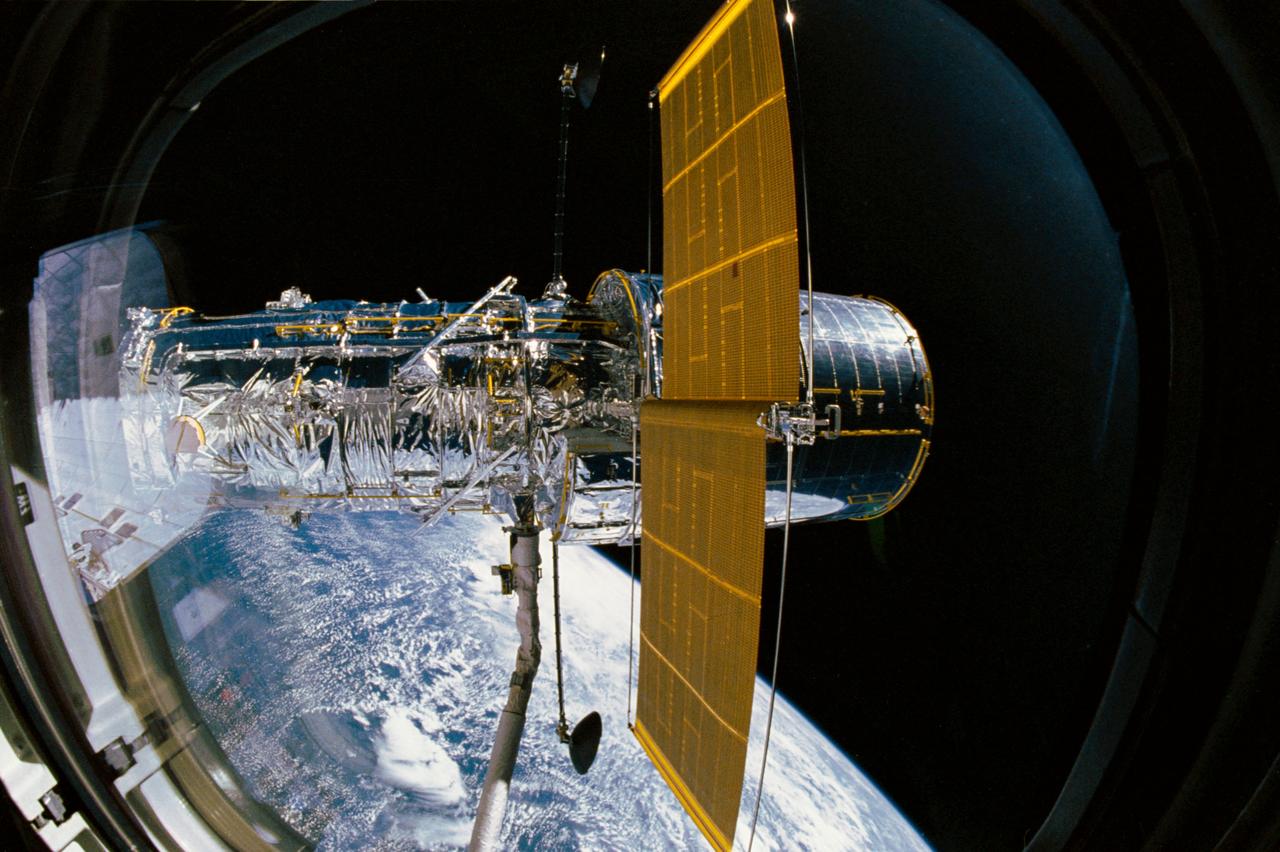 “Hubble alumni returned to support the current team in the recovery effort, lending decades of mission expertise,” NASA explains. “Retired staff who helped build the telescope, for example, knew the ins and outs of the Science Instrument and Command & Data Handling unit, where the payload computer resides – critical expertise for determining next steps for recovery. Other former team members lent a hand by scouring Hubble’s original paperwork, surfacing 30- to 40-year-old documents that would help the team chart a path forward.”

Their collective discovery was that the challenge of resuming scientific work would be a fair degree harder than just turning Hubble’s computers back on. Rather than just throwing a switch to flip to the backup system, it took 15 hours of work from Goddard to wake up the replacement computers and safely segue operations over to them.

“The main computer had to be turned off, and a backup safe mode computer temporarily took over the spacecraft,” Jim Jeletic, Hubble deputy project manager at Goddard, explains. “Several boxes also had to be powered on that were never turned on before in space, and other hardware needed their interfaces switched.”

Meanwhile, another team at NASA is readying a new instrument, the James Webb Space Telescope, for its launch later in 2021. More powerful than Hubble, and capable of observing different wavelengths, it’s expected to unlock new insight into distant galaxies and help understand things like star evolution, the formation of black holes, and other factors instrumental to how the universe evolves.