This week one of NASA’s scientists working on the Mars rover project was asked to comment on multiple sightings of odd objects on the planet’s surface. Everything from Martian crabs to Martian rats and back to the newest: a lizard! Today we’ll go through a number of photos of supposed alien life on Mars along with Ashwin Vasavada’s responses to each of them. We’ll begin with the especially terrifying prospect of the miniature ghostly striding woman found several weeks ago.

Vasavada responded to the image of the woman striding at the edge of a pool on Mars. Vasavada explains that the photo shows a lot of ancient sandstone next to mud in formations on what would have been a very old lake – long since dried up.

“Now, three billion years after that happened, little drifts of sand are following down the hill,” said Vasavada. “When you zoom in and kind of look at the light and shadows, it does look like a little figure of a woman.”

“But she would be a few inches tall and hasn’t moved in months, so we don’t think that’s what it is.”

Also: SEE! The Crabs on Mars!

Vasavada also spoke with CNN about the so-called “Rat on Mars” – or “Iguana on Mars” found earlier this August.

“We have no evidence of Martian iguanas or rats at this time,” said Vasavada, “Things like rats and iguanas would be way further up the food chain that we think Mars may have ever gotten to.” 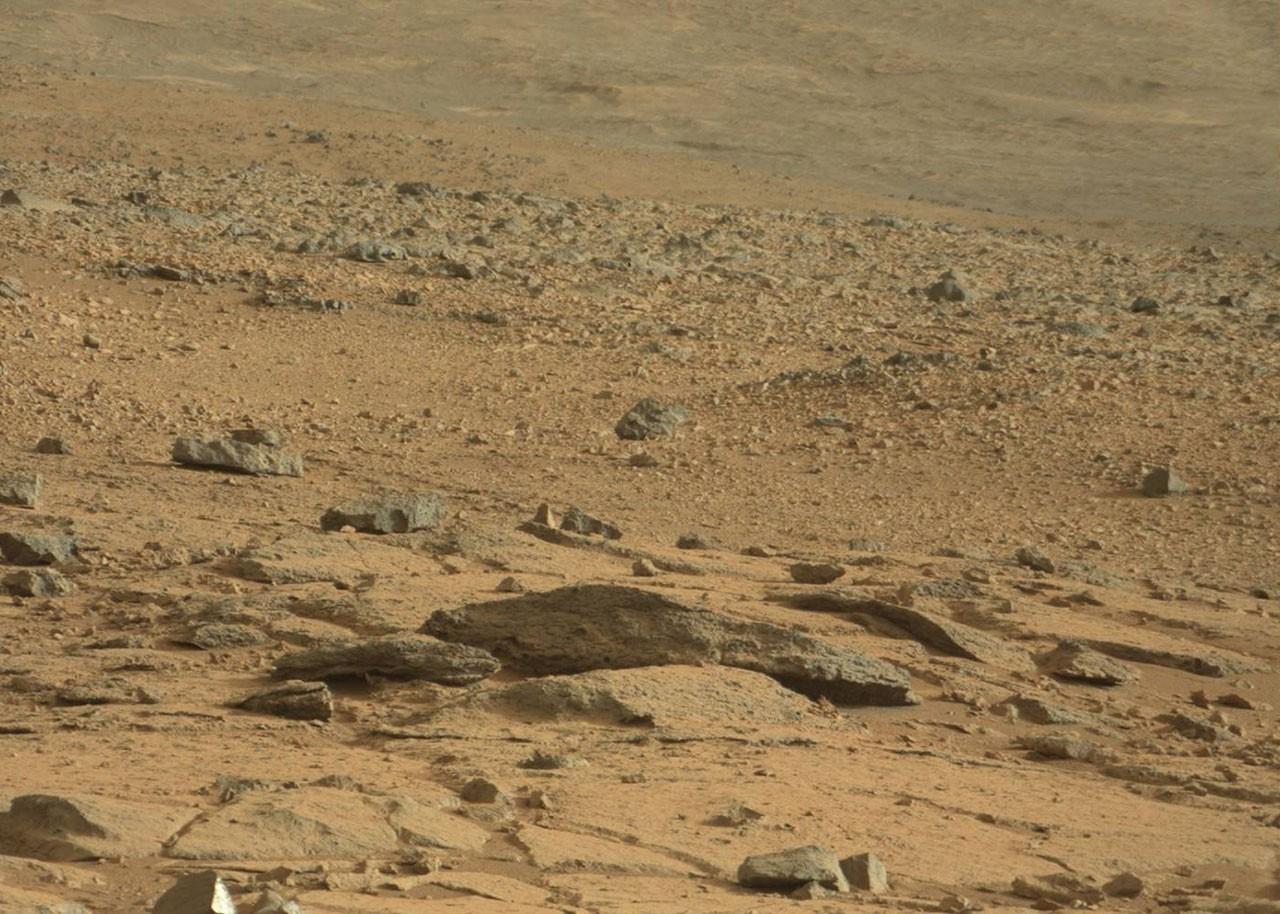 The phenomenon which makes us see the images above is called Pareidolia.

We see what isn’t there because out brain seeks out familiar shapes and forms. Have a peek at Curiosity’s vast collection of images or search our own archives for more alien life – let us know what you find!